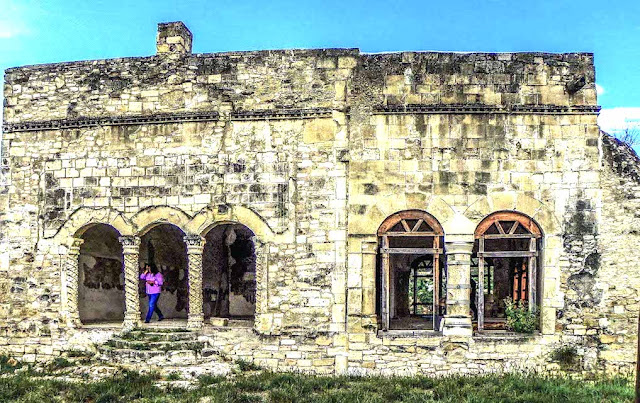 The Tecpan
This 16th century structure, also known as La Tercena or Cabildo de Indios, is located down the hill from the grand priory of Santos Reyes in Metztitlan (Hidalgo).
Although in colonial times this structure served several purposes, it was primarily the tecpan, a civic building that was the focus of indigenous activity and native leadership in the colonial community.
A modest building, it consisting of an open arcaded front and an earlier inner room — probably the oldest such tecpan to survive from colonial times in Mexico. Recently restored, it retains several architectural features of note, not the least being the carved spiral columns that form the entry arcade—features that signaled its importance. 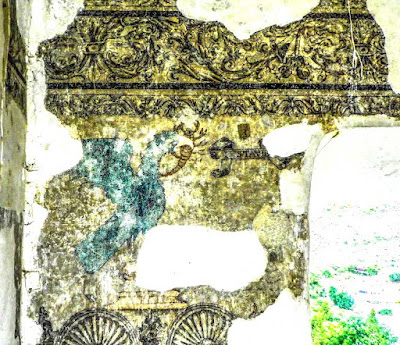 At one time covered with murals, now largely effaced, the walls of the inner chamber still retain a few distinguishable traces.
On the east wall, between a foliated upper frieze with shore birds and a running dado of painted, ornamental shell niches below, appears the unusual image of a large, turquoise hued eagle holding a scorpion in its beak; this is accompanied by an abbreviated Latin inscription: Iusta Ultio, or Final Justice—an image taken from the illustrated Emblemata of Andrea Alciato. 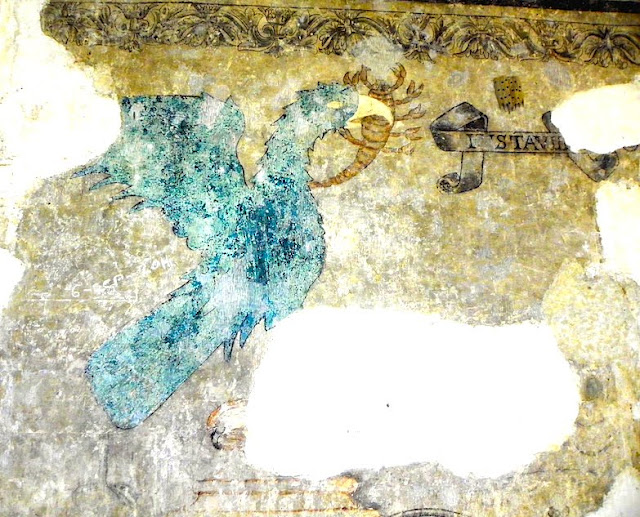 This unique mural fragment and its accompanying inscription raises issues of interpretation.
As a prominent symbol of patriotic pride and military valor in both Spanish and Aztec cultures, the eagle here may represent a power for good devouring the scorpion, often seen as a symbol of evil and diabolical intent (although the original text implied the opposite sentiment)
Since the mural appears in a secular building and a center of native power, another reading may be the native Aztec eagle triumphing over the poisonous interloper, i.e: the Spanish colonists—a subversive indigenous twist! 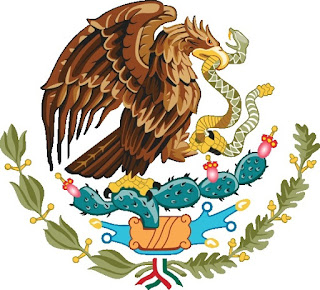 The resemblance of the image to the mythic emblem of the Aztecs, later adopted for the Mexican flag, may thus be intentional. 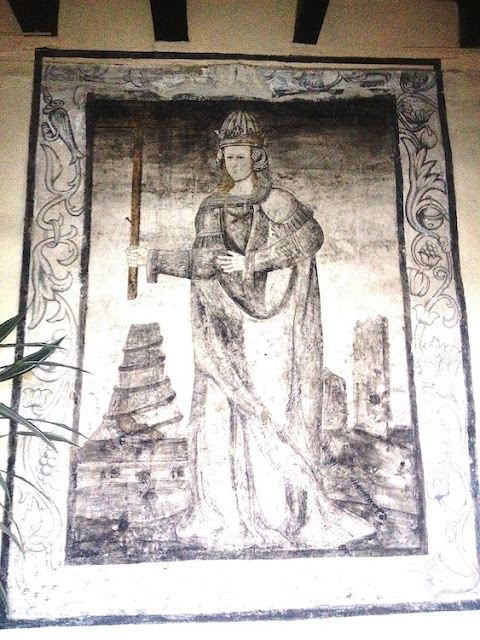 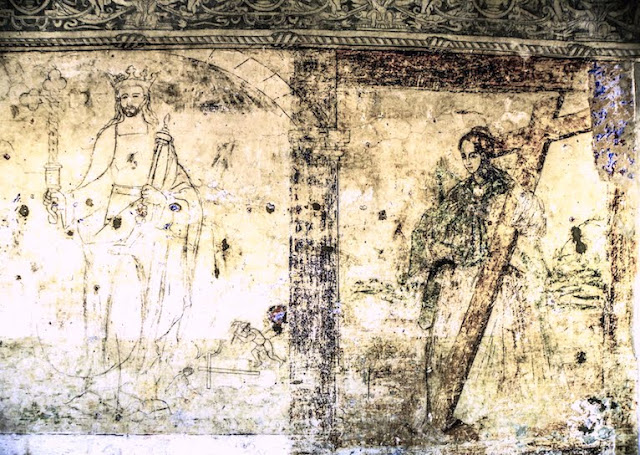 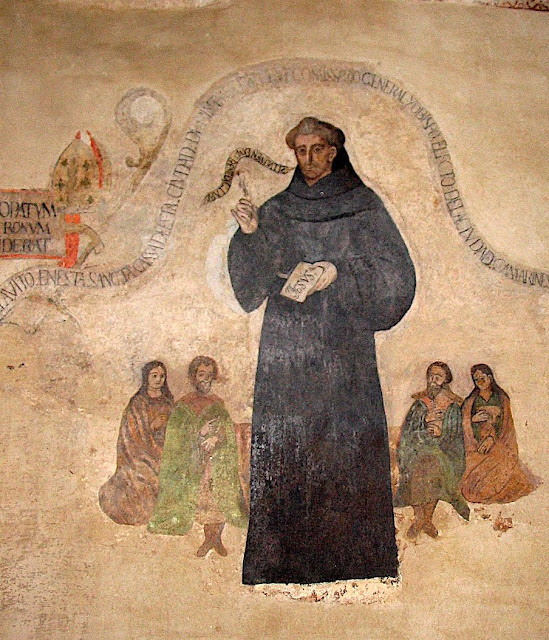 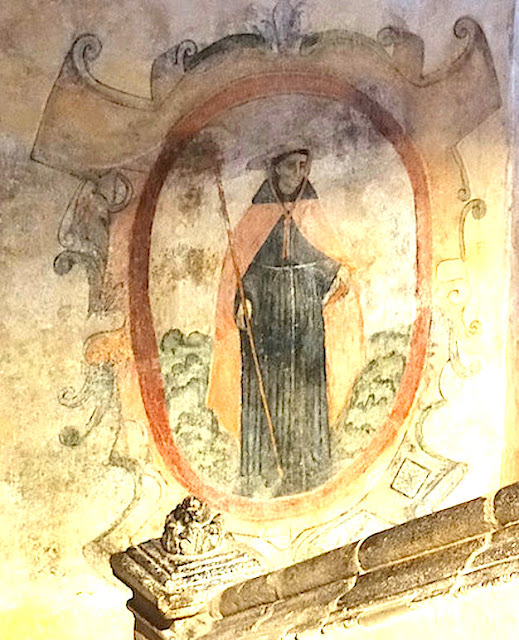 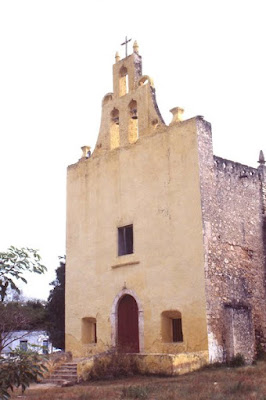 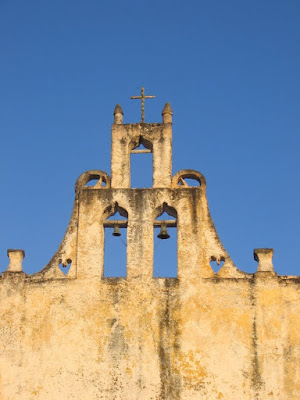 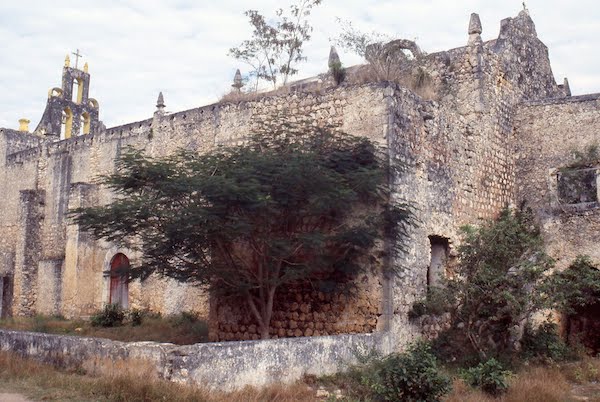 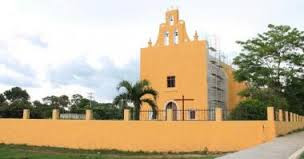 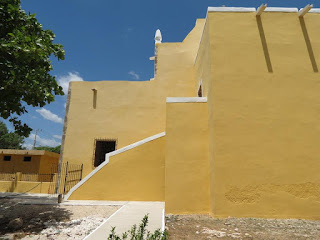 Posted by Richard Perry at 1:56 PM No comments: