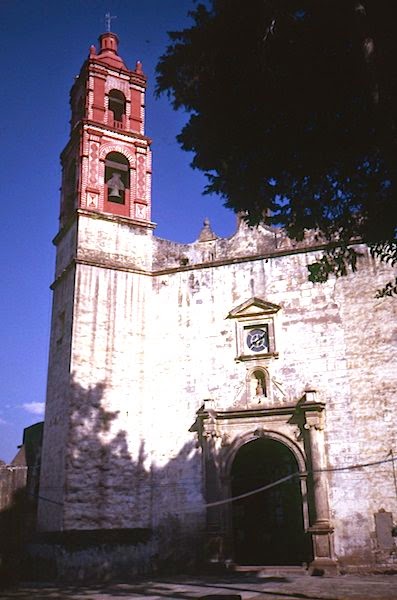 TLALMANALCO
Place of Flattened Ground
In the winter of 1534, a line of cowled friars bore the body of their beloved Fray Martin de Valencia to its final resting place beneath the earthen floor of the primitive mission church at San Luis Obispo Tlalmanalco, located at the foot of the snow-capped volcano of Ixtaccihuatl.
So ended Father Martin's ten eventful years as the moving force behind the Spiritual Conquest of Mexico. In 1524, as leader of the Franciscan Twelve, he undertook the awesome task of baptizing and converting the native masses to Christianity. After his death, as pilgrims flocked to the mission, popular demand mounted to erect a memorial to this venerated Franciscan pioneer. The famous, sculpted open chapel at Tlalmanalco is that memorial.
But our concern here is the murals in the convento, which also memorialize Fray Martin.

The Convento
A wide pilgrim's portico of seven bays stands in front of the convento. It is entirely plain, conspicuously lacking the rich carving of the open chapel. 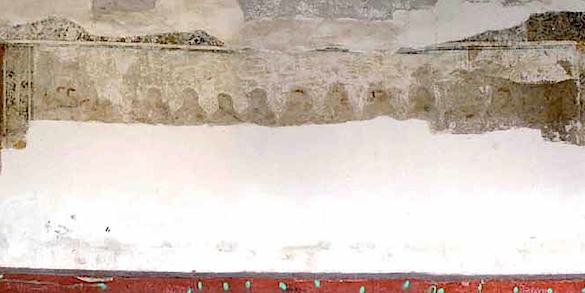 However, vestiges of 16th century frescoes have been uncovered on the inner walls of the entry portería. The most interesting of these is the Arrival of the Twelve Franciscans, on the east wall, a partial fresco reminiscent of the more complete murals at nearby Ozumba.
Friars file forwards escorted by rows of Indians, Spaniards and musicians. The mural, of which only the heads of the figures remain, is bordered by charming friezes of fruit, flowers and symbolic creatures such as hares, cranes and dolphins. 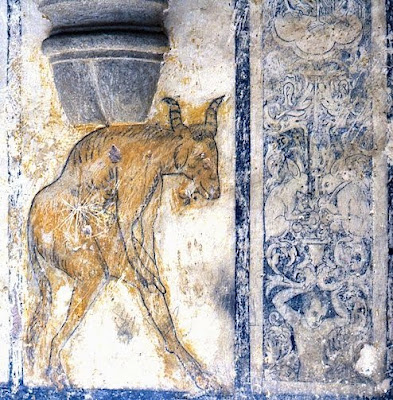 In the nearby cloister ghostly traces of ancient frescoes adhere to the scarred walls of the walks. Supporting the corbels beneath the arches are an ox, an elephant and a bowed atlantean figure. 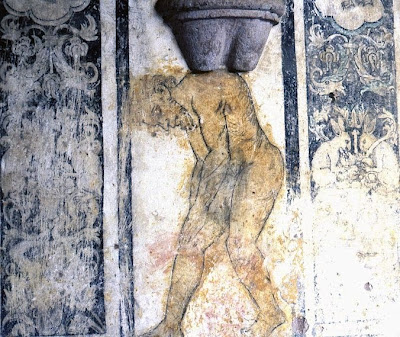 Pigeons, rabbits, even an anteater, peer out at the visitor from friezes along the walls and around the door frames. 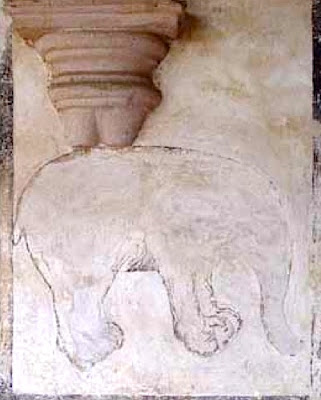 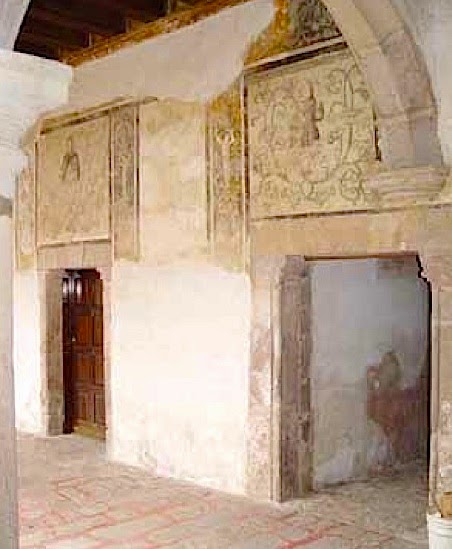 The most complete and unique murals survive above adjacent doorways in the northwest corner of the cloister. The first pays tribute to Fray Martín de Valencia. 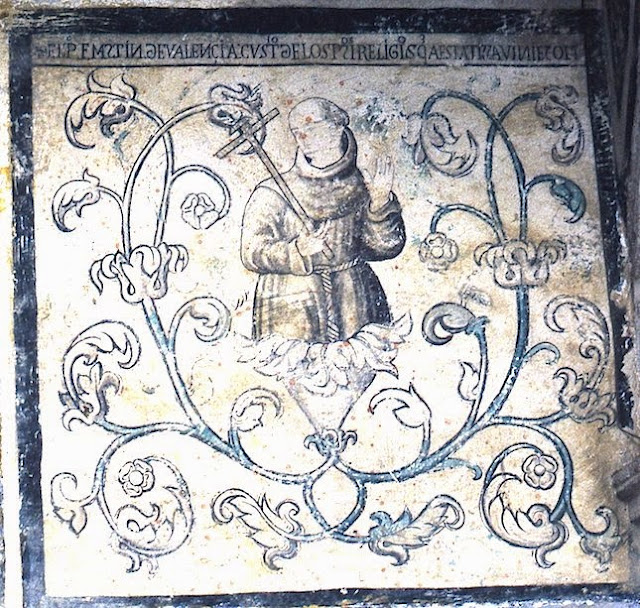 Here the revered prelate and founder emerges with a beatific expression from a decorous tangle of vines sprouting "roses without thorns,” a reference to his exemplary life. 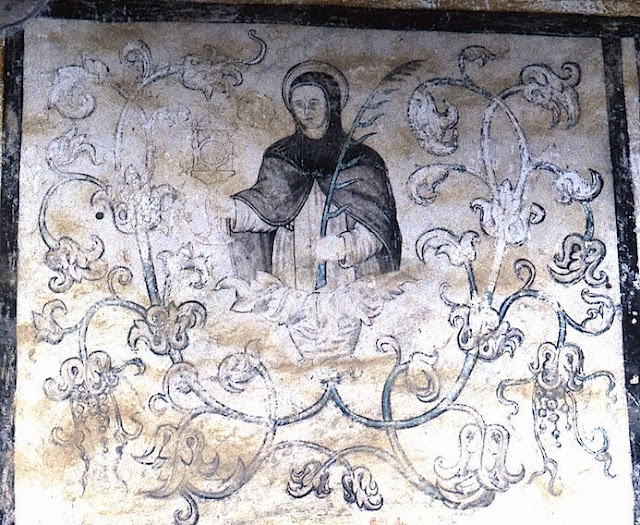 The almost identical* adjacent mural shows St. Clare.
* Note, some of the foliage in this mural has been identified as from a native psychotropic plant. 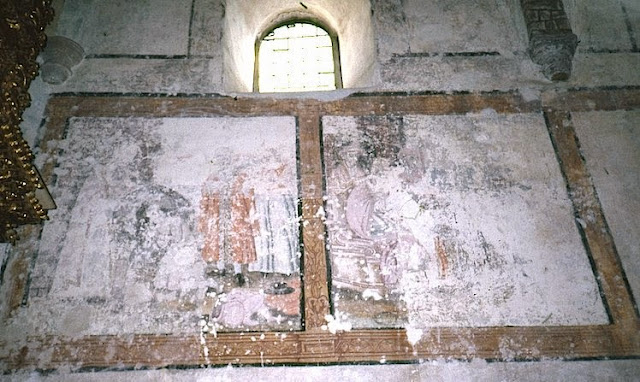 The Church Murals
During restoration and removal of altarpieces in the church, several earlier murals have been uncovered.
In fact the entire interior of the church seems to have been at one time covered with murals, some fragmentary and many overpainted  with multiple colors—red, orange, green, ocher and mauve—atop the original monochrome.
Although most are currently in poor condition, which makes their interpretation difficult, they appear to illustrate a variety of themes with biblical scenes and portraits of saints—possibly including that of Martín de Valencia.
Full documentation and restoration of these murals is planned, at which time their date, content and significance will be made clearer. An exciting prospect. 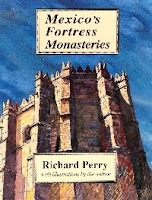 Please see our previous posts on the murals at Epazoyucan; Tepeapulco; Tula; Yecapixtla and Zempoala.
Posted by Richard Perry at 10:59 PM