In an earlier series we explored the capillas familiares of San Miguel Ixtla in Guanajuato. Other groups of family chapels are found elsewhere among the Otomí speaking communities of Hidalgo and Querétaro.
In this and following posts we look at several related capillas in the area of Toliman, in the state of Querétaro, starting with the painted chapel of Los Luna. 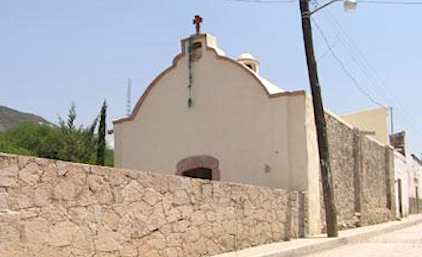 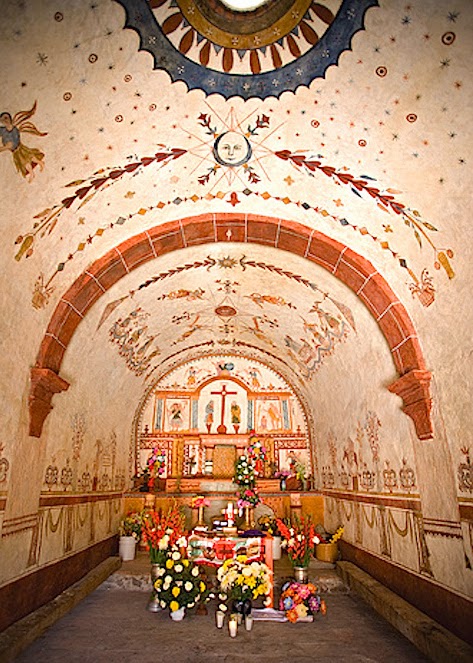 But the principal interest, as with most chapels of this kind, is the painted interior, displaying a variety of colorful murals of exceptional quality, now also nicely restored.

Drawn in a lively folkloric style and rendered in vivid red, blue, black and earth colors, they illustrate episodes in the life of Christ and the Virgin, notably the Annunciation, with the archangels Michael, Gabriel and Raphael, the Nativity, the Baptism of Christ, the Flight into Egypt, and the Assumption. 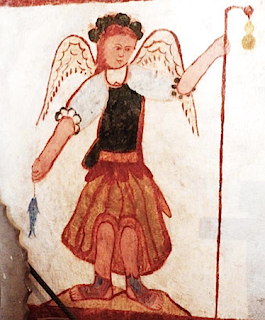 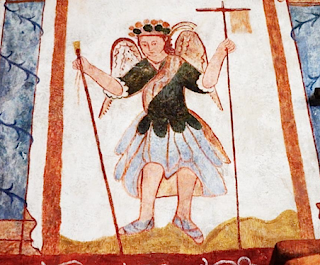 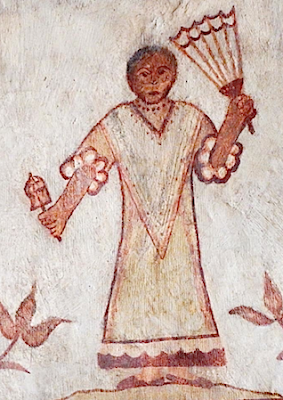 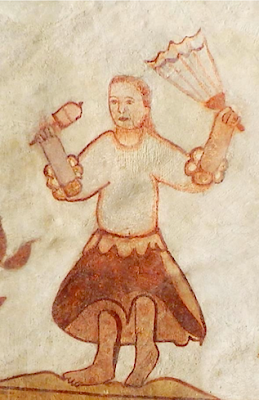 Other figures include Spanish and native dancers. 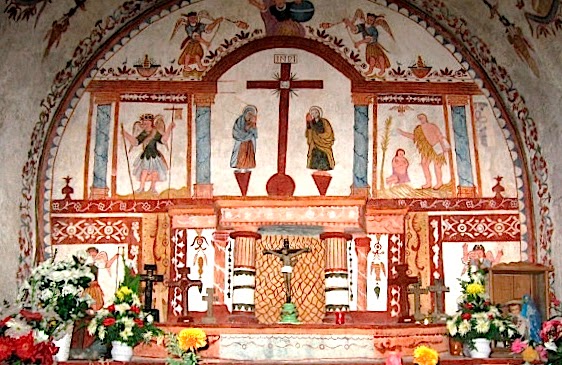 The colorful main altar has a painted cross with angels and archangels, as well as several wooden crosses and a crucifix. 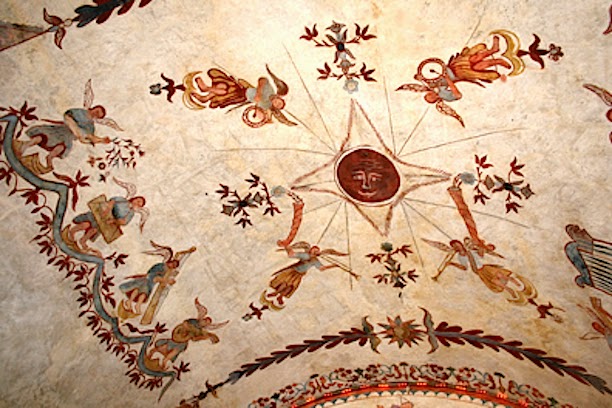 Among the chief delights of the Los Luna murals are the musical angels. Surrounding the sun and moon images at the apex of the curved ceiling and cavorting atop flower bedecked friezes, the angels play a wide variety of string, wind, brass and percussion instruments and include a rare St. Cecilia at the pipe organ. 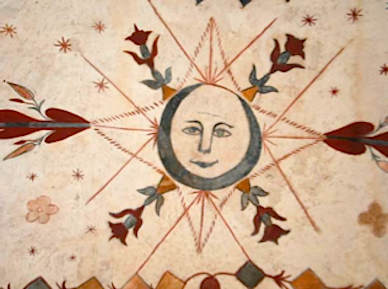 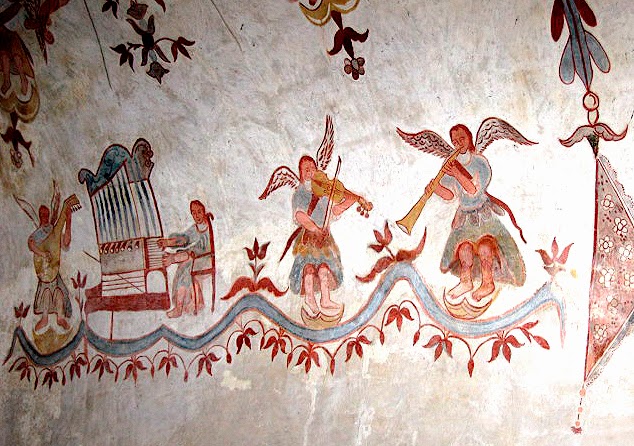 link to a recent, more detailed analysis of the murals
Posted by Richard Perry at 10:22 AM