We continue our series* on some of the more interesting churches of Mexico City with a look at the little church of Santa Isabel Tola. 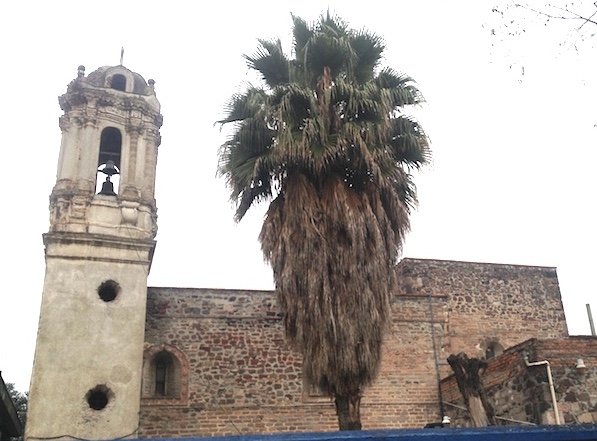 Located on the other side of the Tepeyac Hill from the grand Villa Guadalupe, the 16th century church of Santa Isabel Tola lies in the heart of the eponymous barrio, reputedly named by the Aztecs after the ancient city of Tula. 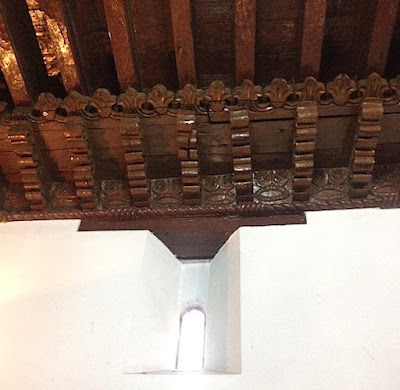 The small church of Santa Isabel, a Franciscan ermita, was built in the 1570s in Plateresque style. This modest gem retains its fine interior with an ornately carved beamed ceiling and a sanctuary arch prominently embossed with rosettes and the tasseled Franciscan cord. 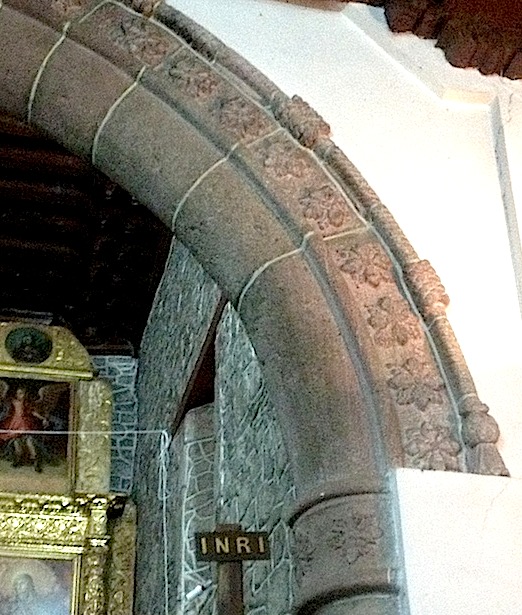 The sanctuary—the earliest part of the building—is higher than the nave, raised above the wooden nave ceiling, suggesting its original use as an open chapel. 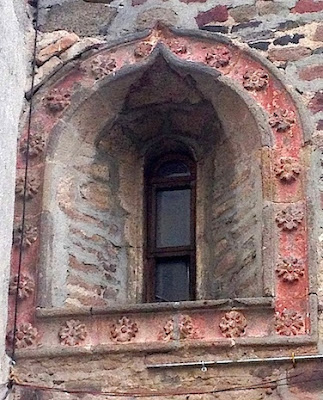 The baroque tower is a later addition, and the glassed in pavilion covering the front is new, although one early nave window nestles behind the tower, framed in Isabelline style with carved rosettes. 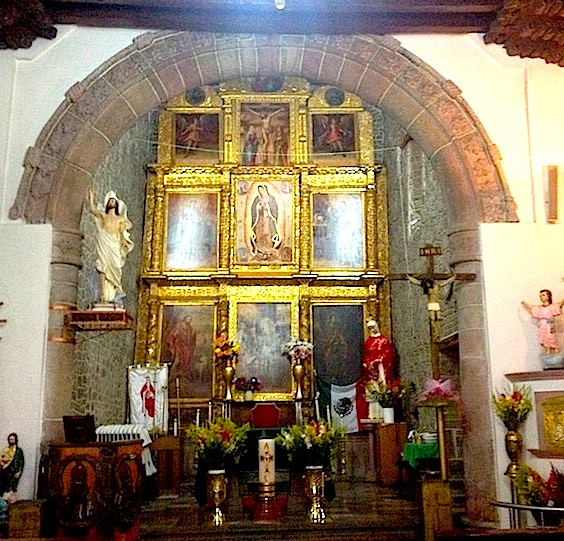 The baroque main altarpiece boasts gilded spiral columns and features a 17th c. painting of the patron saint, Elizabeth of Portugal, a 13th century royal Franciscan tertiary.
This painting, along with all the others in the retablo, was stolen a few years ago; it was later recovered, following which the altarpiece was restored to its present beautiful condition. 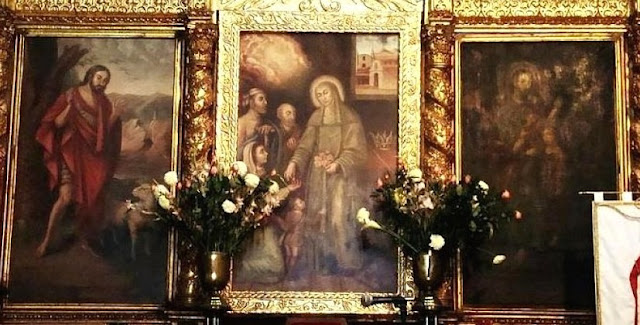 Posted by Richard Perry at 4:17 PM