We continue with our series on early murals in Mexican monasteries to look at the pivotal Dominican priory of Santo Domingo de Izucar, in Puebla.


Izucar de Matamoros
Located in the sub tropical lowlands of the state of Puebla, the busy town of Izucar may reflect in its name the dominant local industry since early colonial times of sugar production.
The priory of Santo Domingo here became an important link in the long chain of Dominican missions that stretched from Mexico City as far as Guatemala.  Founded in the 1530s, by the 1550s because of its strategic location the mission was elevated into a priory, then consisting mainly of an ample stone convento and open chapel. 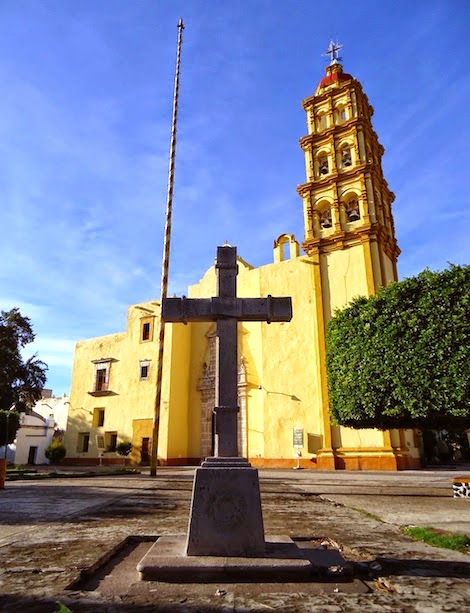 The imposing church is later, added in the early 1600s and subsequently altered. After a disastrous fire in 1939 all the interior furnishing were lost, including many gilded colonial altarpieces (the handsome present retablos are thus modern, although close to the originals in style)  Only the broad, monolithic baptismal font, a former fountain, survived the holocaust. 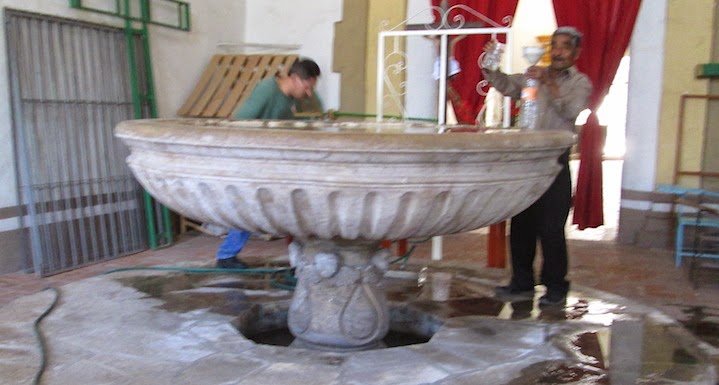 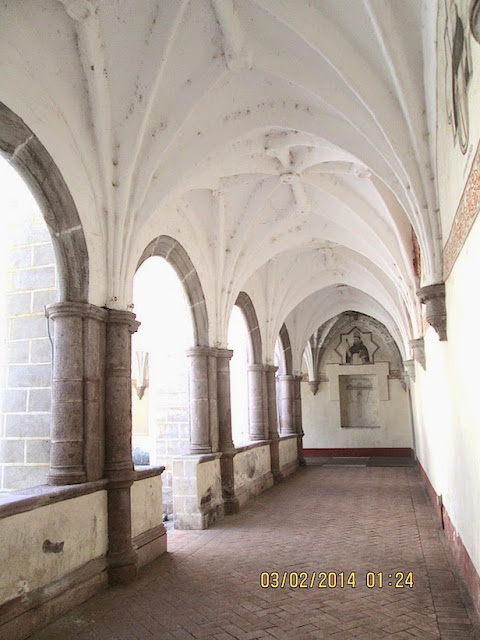 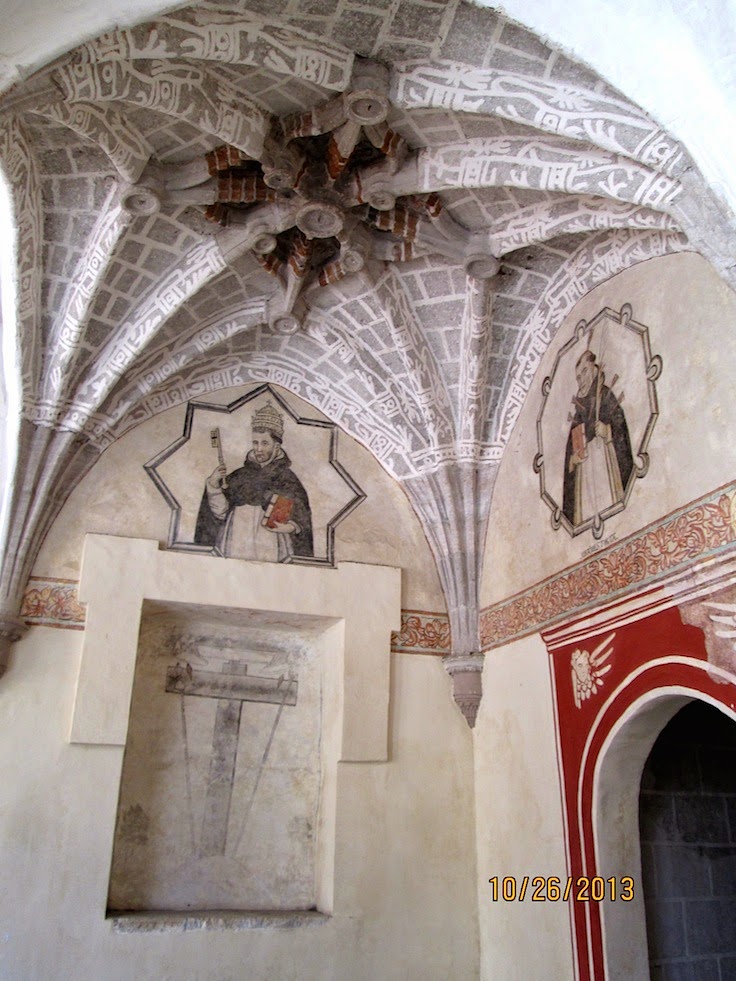 Architecturally, the cloister is in the classic Dominican mode, its  arcades framed by simple carved pillars and buttressed by exterior apron pilasters.  Complex ribbed vaults studded with plain, round ceiling bosses spring from drum corbels along the corridors and cluster in the corners. 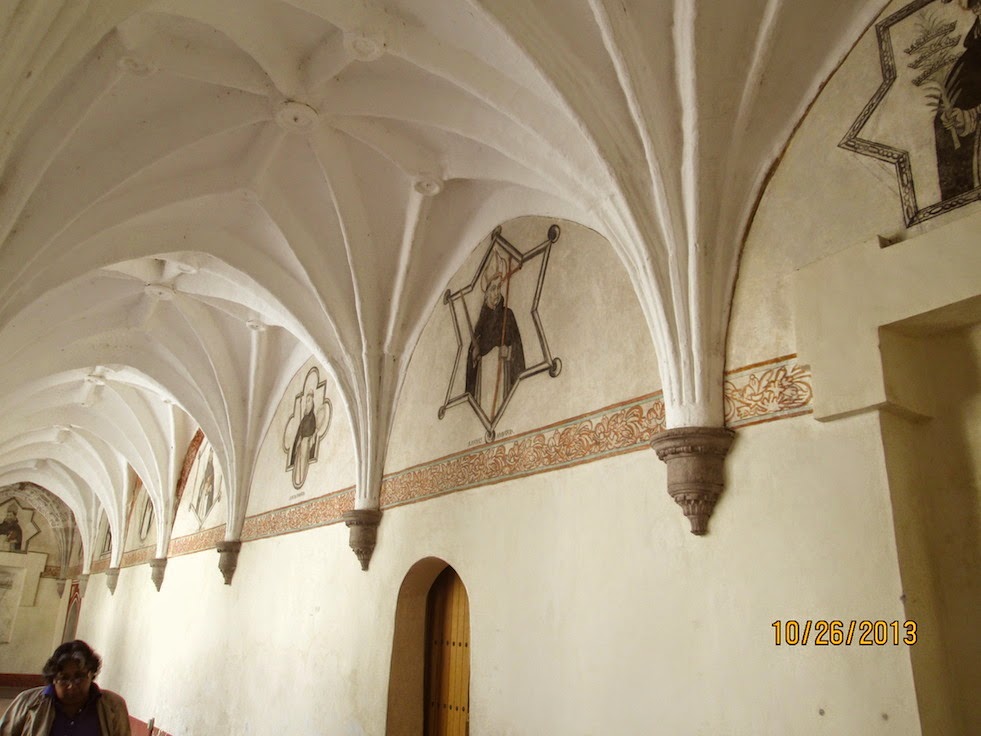 Although the walls of the corridors were no doubt formerly covered with murals, today only the portraits of Dominican saints and martyrs survive, located in the lunettes above:

These include number of Dominican martyrs, some well known and others quite obscure, enclosed in a variety of ornamental painted frames and inscribed with their Latin names. 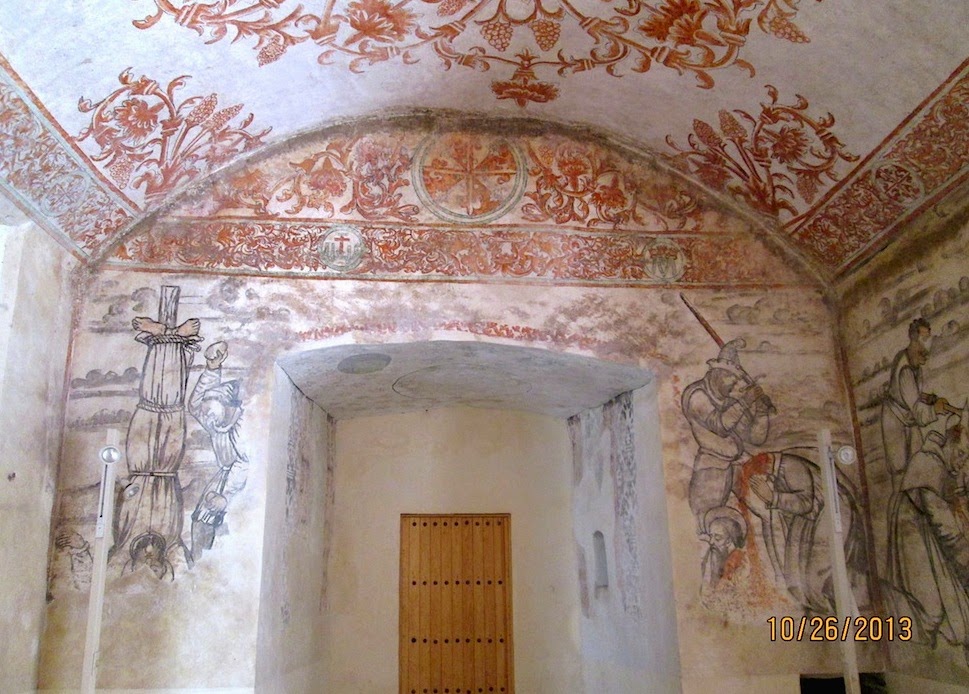 Sala de Profundis
Although the cloister murals represent only fragments of the original sequences, the extraordinary frescoes in the former Sala de Profundis beside the cloister have survived largely intact.
Here, bloody scenes of martyrdom cover all four walls. Individual friars are depicted being tortured or dispatched in a variety of horrific ways—a cautionary, but inspirational, display for the Dominican brothers who came here to meditate, pray and prepare to meet the arduous and possibly threatening tasks of evangelization. 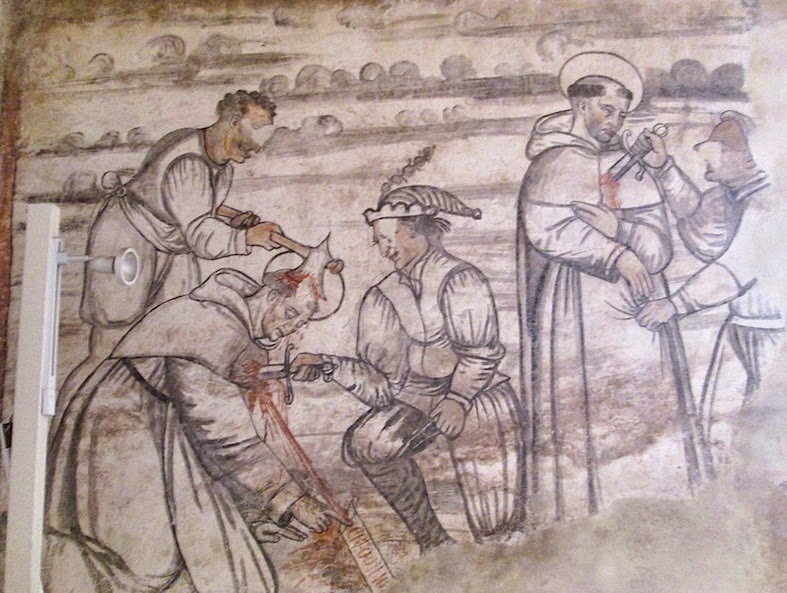 Such graphic scenes of torture and martyrdom are uncommon in Mexican churches and monasteries, the two other best known examples being those portraying the Martyrs of Japan at Cuernavaca and the African Augustinian martyrs at Charo (forthcoming features).
text © 2015 Richard D. Perry
mural photography courtesy of Diana Roberts ©2013 & 2014

Please see our previous posts on the murals at Epazoyucan; Tepeapulco; Tula; Yecapixtla and Zempoala.
Posted by Richard Perry at 10:58 PM