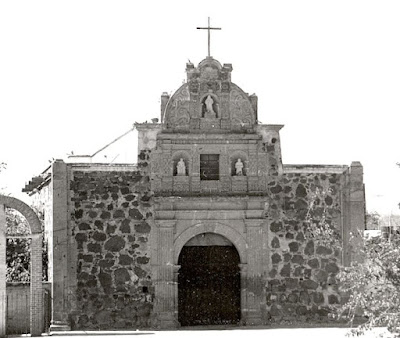 San Sebastianito is a quiet, often overlooked village of cobbled streets on the southern fringe of Guadalajara. Here, two colonial churches face each other across a broad plaza—the main church and the former hospital chapel of La Concepción. 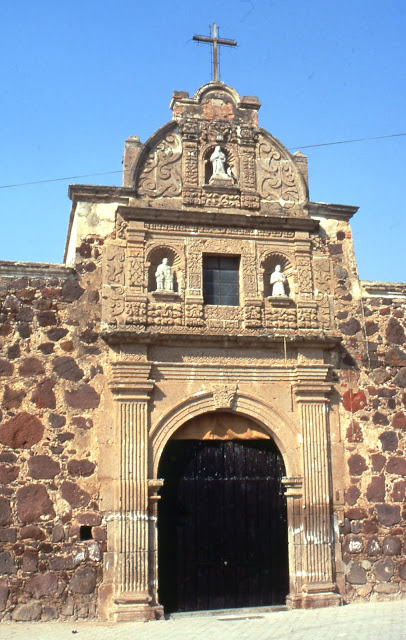 The renovated chapel opposite the main church is the older of the two buildings, inscribed with a date of 1692.  Its striking retablo facade of smooth white limestone is neatly sandwiched between textured walls of dark red tezontle bordered by giant limestone pilasters. 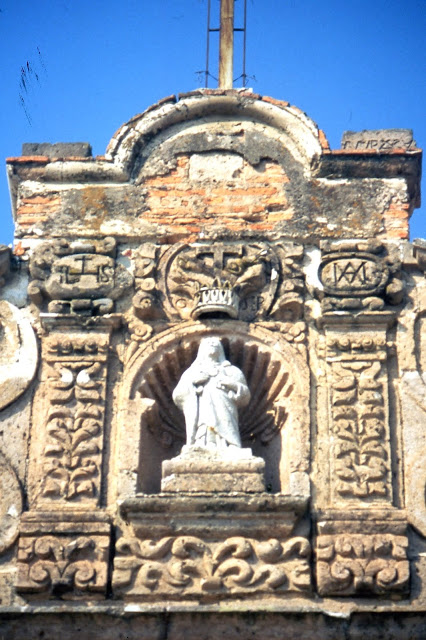 The severe classical porch is similar to that of nearby Santa Cruz de las Flores: a stone crown with the monograms of Jesus and Mary adorns the keystone of the arched doorway, while the upper facade and crowning pediment are profusely carved with leaves, flowers, vines and other motifs including a two-headed eagle, carved gargoyles and zig zag pilasters. A statue of La Purísima occupies the uppermost shell niche.
Like Santa Cruz de Las Flores too, the plan reveals an earlier sanctuary fronted by an arcaded transverse nave, whose lateral entries were later blocked and refaced. 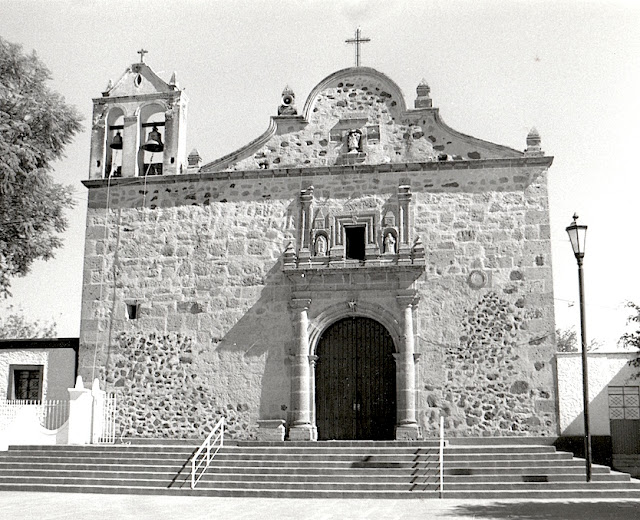 Unlike the chapel, the facing main church, originally a Franciscan mission, is raised above the plaza at the head of a wide flight of steps.  As at Ocotán, a rounded gable and belfry top the broad mid-18th century front; primitive reliefs of the sun and moon dot the facade and crude statues occupy the niches. 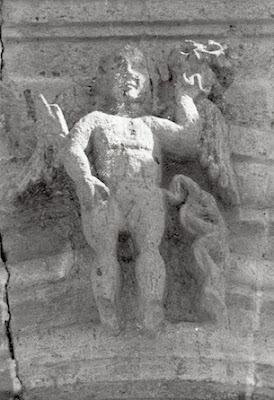 A battered, naked figure, perhaps an angel or possibly representing the patron St. Sebastian, is carved above the imposing colonnaded porch.