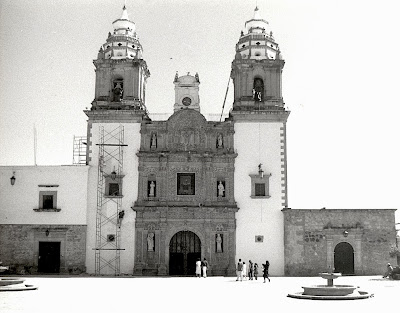 Santa Anita Atliztac
Located just south of Guadalajara, off busy Route 54, the attractive town of Santa Anita Atliztac is dominated by the grand, twin-towered church of Santa Anita.
The settlement of Atliztac (White Water) is an ancient one. Long before the arrival of the Spaniards it flourished under the lords of Tlajomulco, and in the 1530s the Franciscans succeeded in converting the local nobility and founding a humble adobe mission here. This was replaced by the present edifice in the 1700s. 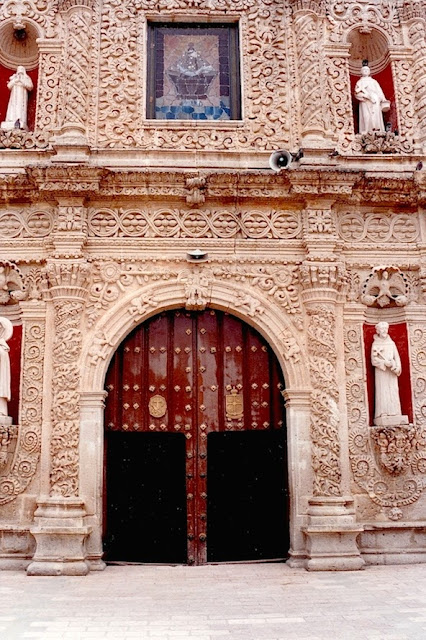 The retablo facade dates from 1732 and in its forms and wealth of architectural sculpture is among the most densely decorative of the Jaliscan baroque churches, rivaling nearby Santa Cruz de Las Flores. 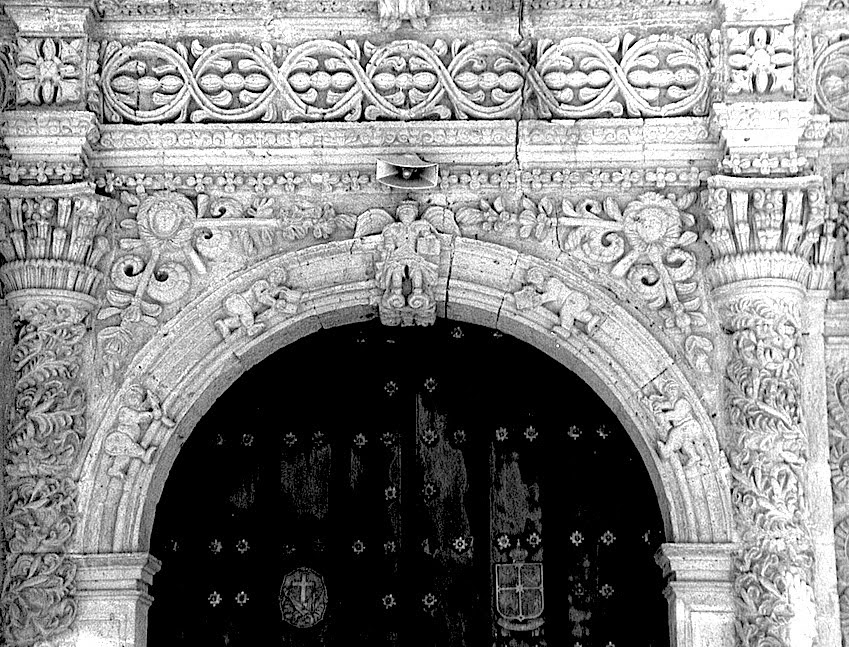 Cherubs clamber around the doorway, some holding books and others playing archaic instruments—one of the many instances of musical angels decorating local churches and closely related to the doorway at San Lucás Cajititlan.
Pelicans, symbols of blood sacrifice and Christ’s Passion, straddle the elaborately scrolled side niches and upper capitals, and modern statues of Franciscan saints still occupy the upper tier. 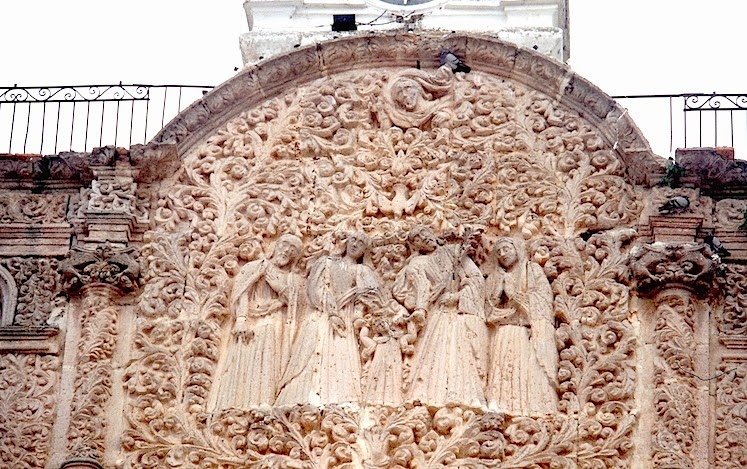 But the facade reaches its sculptural climax in the crowning pediment, where a large relief depicts the Holy Family amid a riot of ornamental foliage.
In this charming tableau—a popular version of the relief at the city church of Jesús Maria—Joseph and Mary lean in to clasp the upstretched hands of the child Jesus, flanked by Saints Joachim and Anne, the latter the patron saint of the church.

Awkward in their flowing robes, the figures incline their ecstatic faces towards the youthful Christ. The dove of the Holy Spirit hovers overhead, almost lost in the mass of exuberant carved scrolls and vegetation. God the Father beams down benevolently above them all. 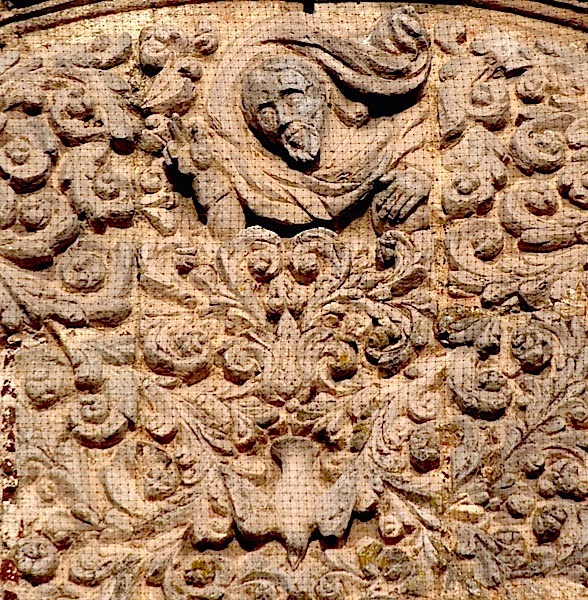 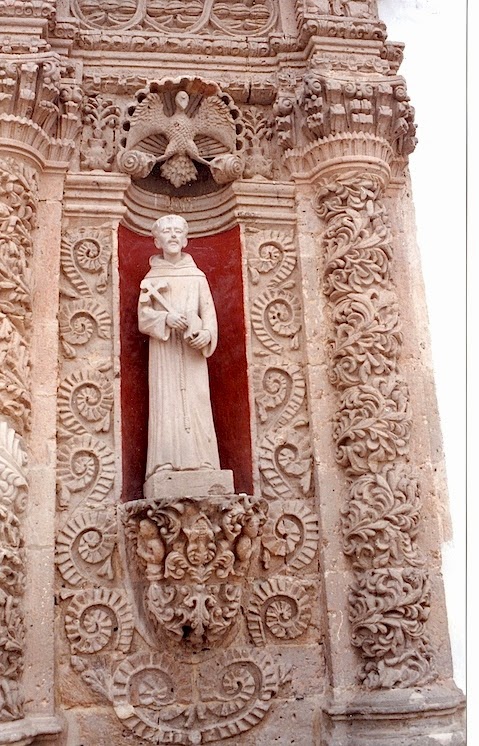 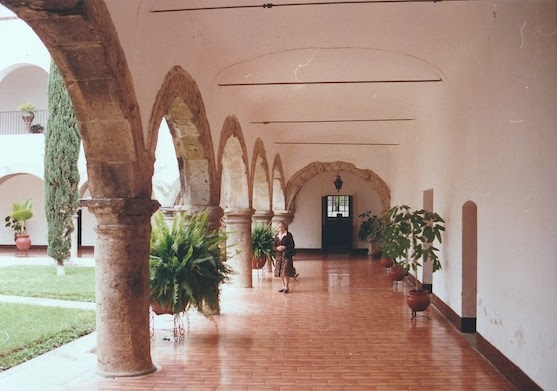 From the cloister, ringed by sturdy 17th century arcades, the visitor can enjoy a view of the imposing church towers. 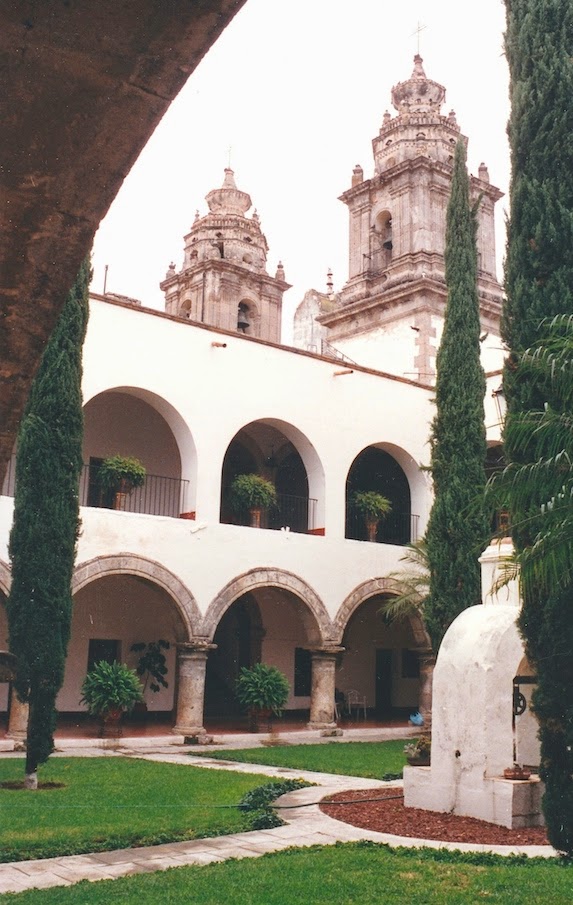