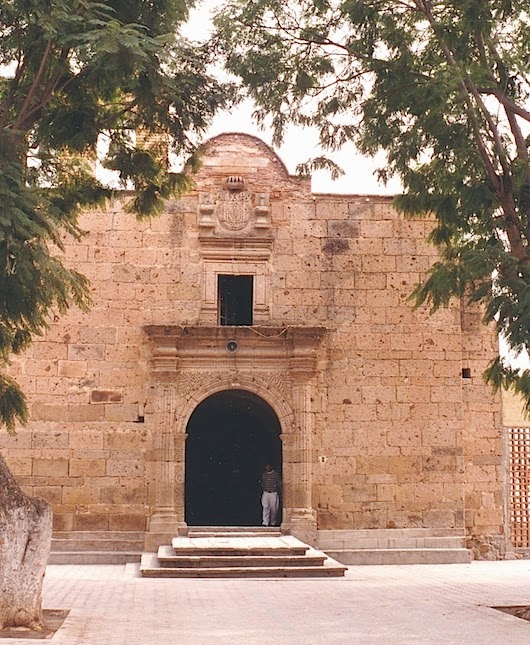 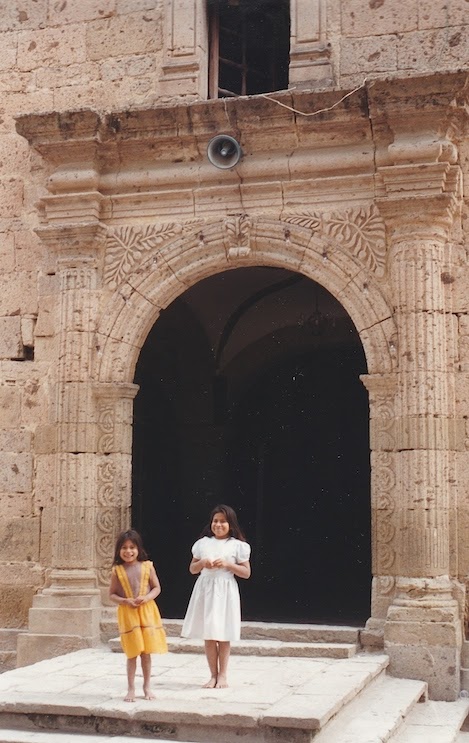 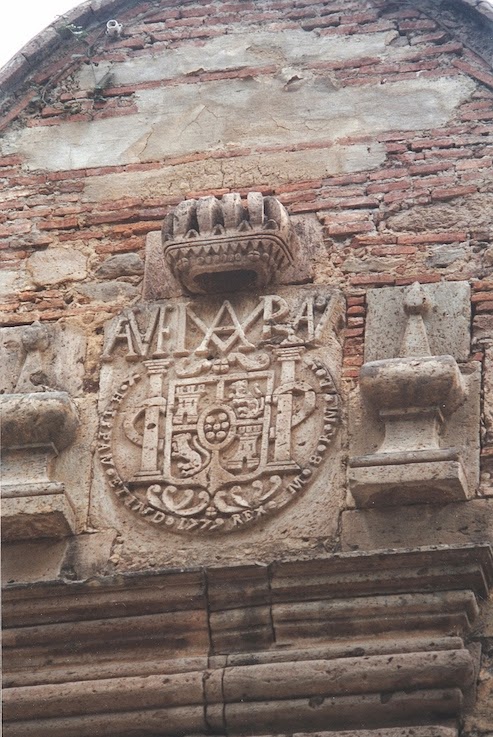 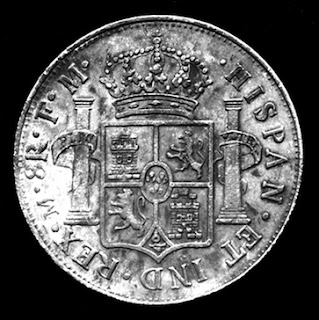 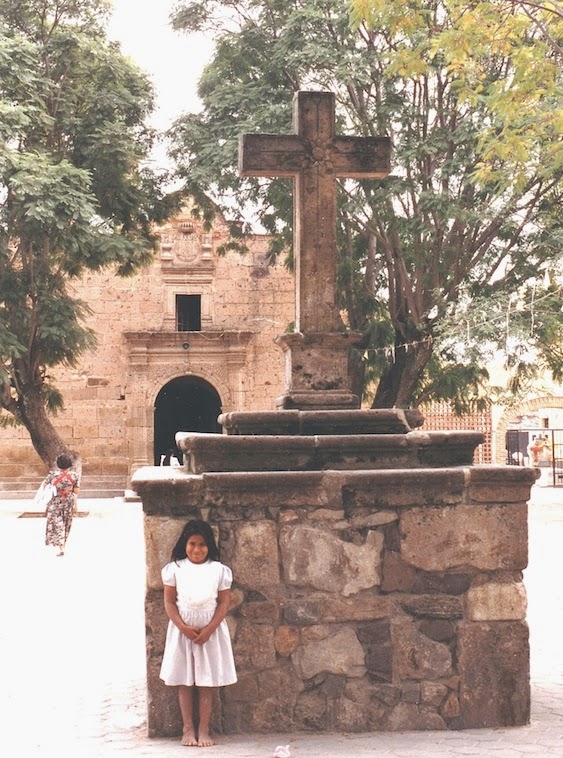 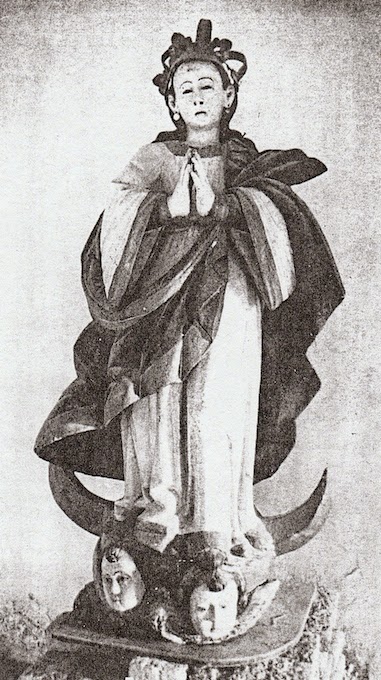 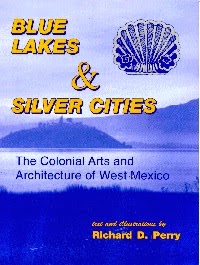 Posted by Richard Perry at 3:23 PM No comments: 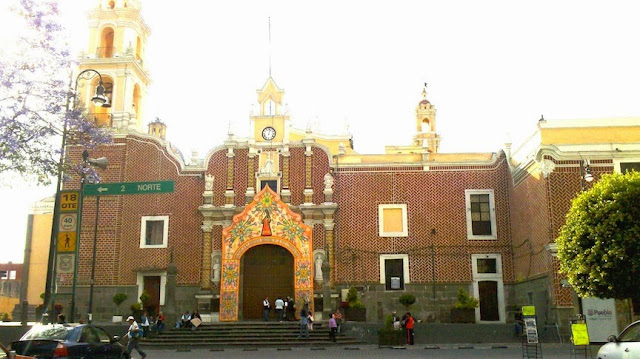 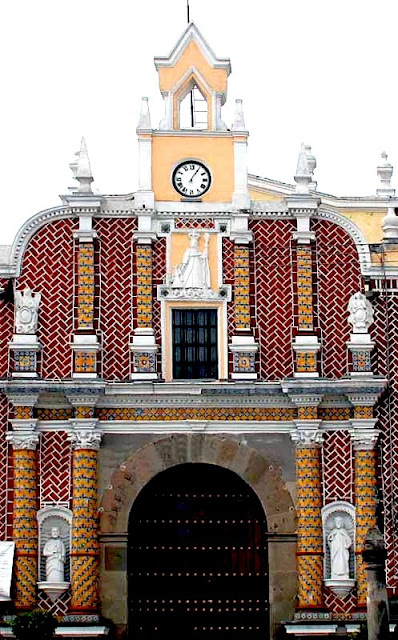 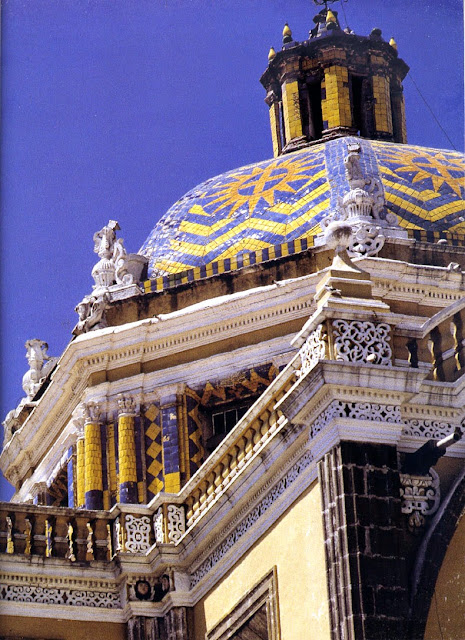 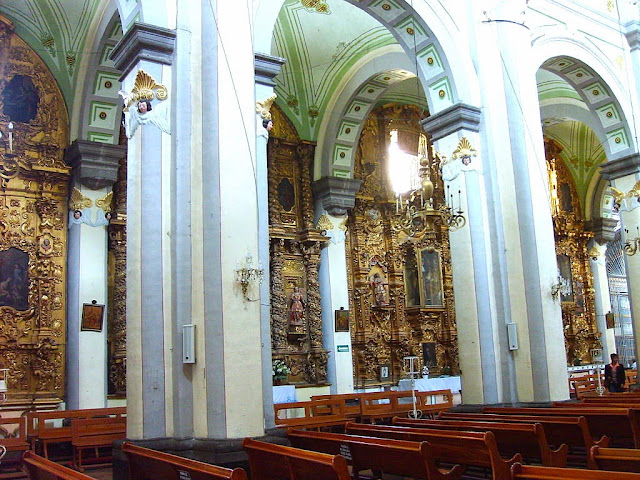 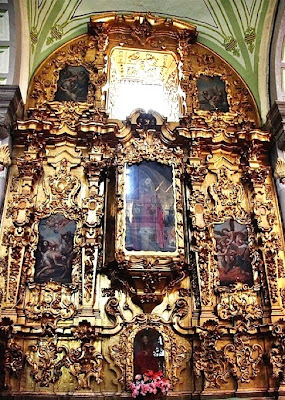 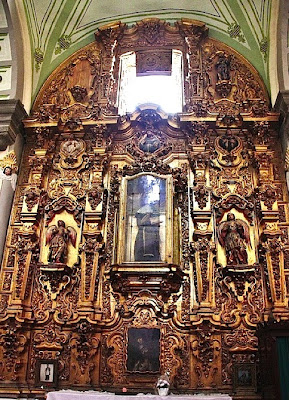 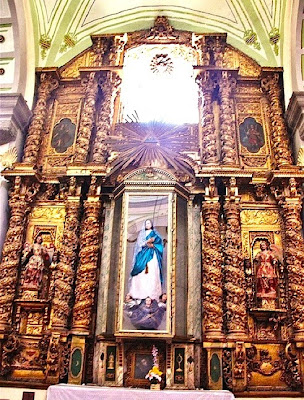 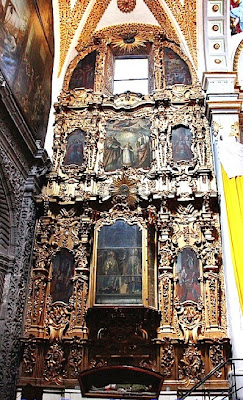 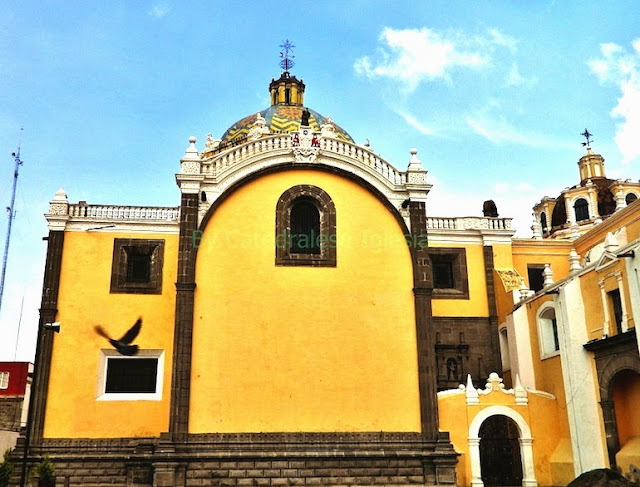 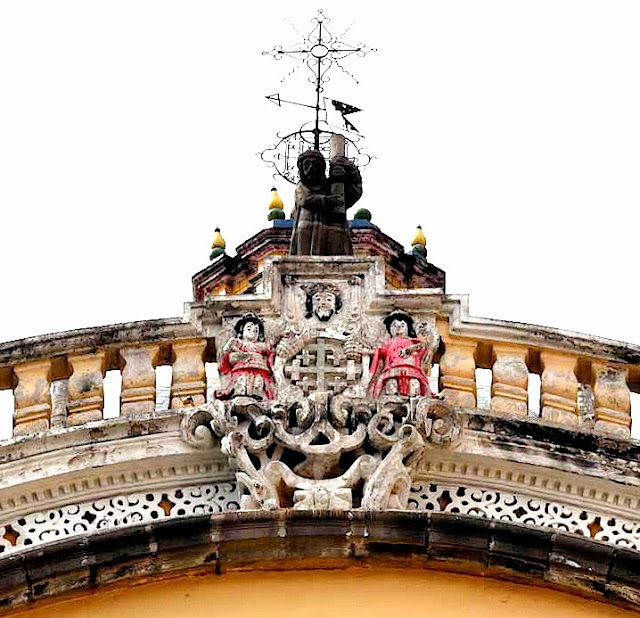 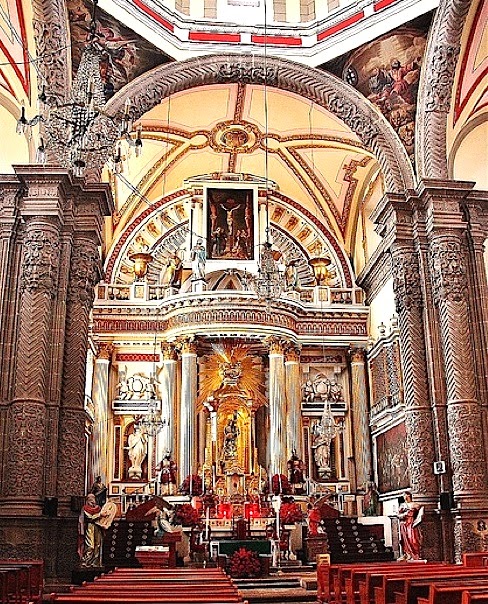 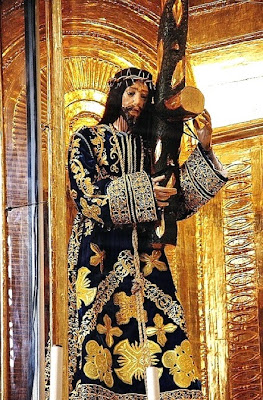 If you enjoy our posts, you may support us by purchasing our guidebooks to colonial Mexico
Posted by Richard Perry at 12:10 PM No comments: 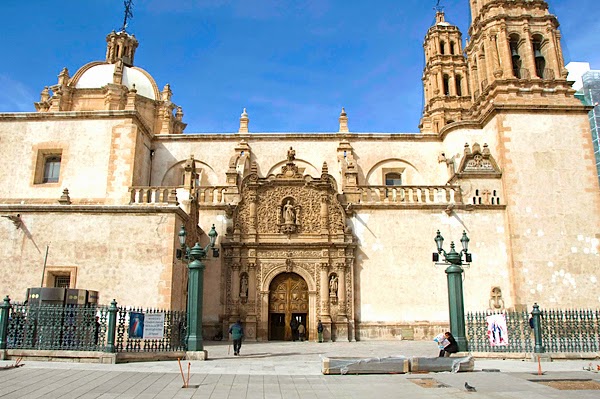 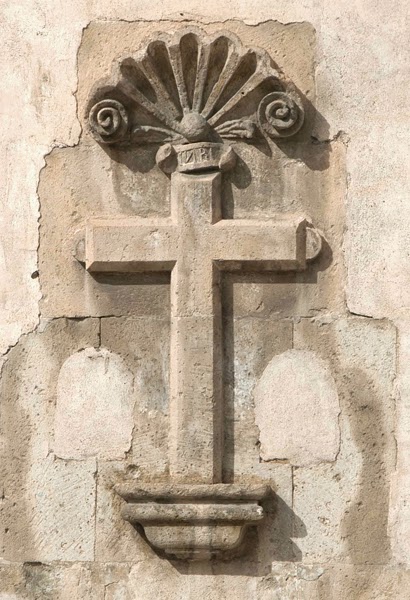 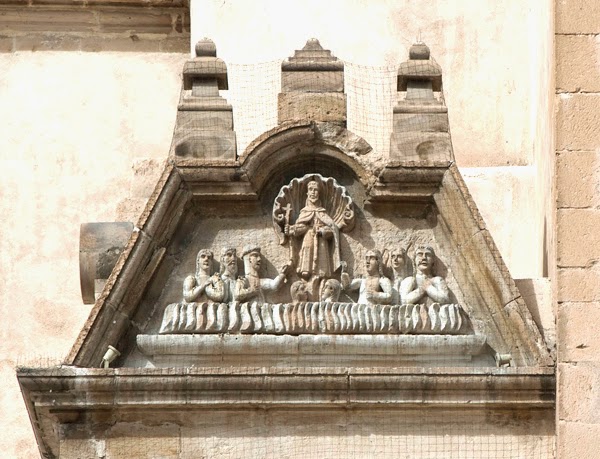 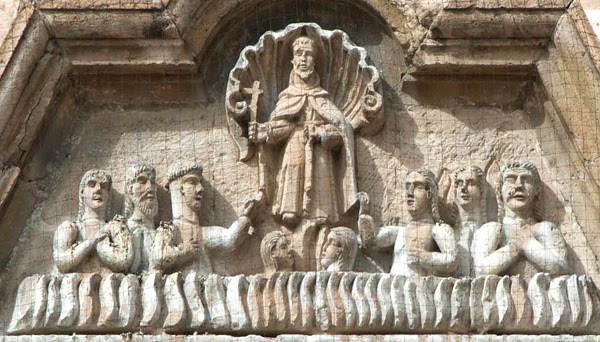 In an earlier post on Angahuan we highlighted, among its many other features, two stone crosses, one plain and one sculpted.
In this follow up we focus on a third carved cross there. 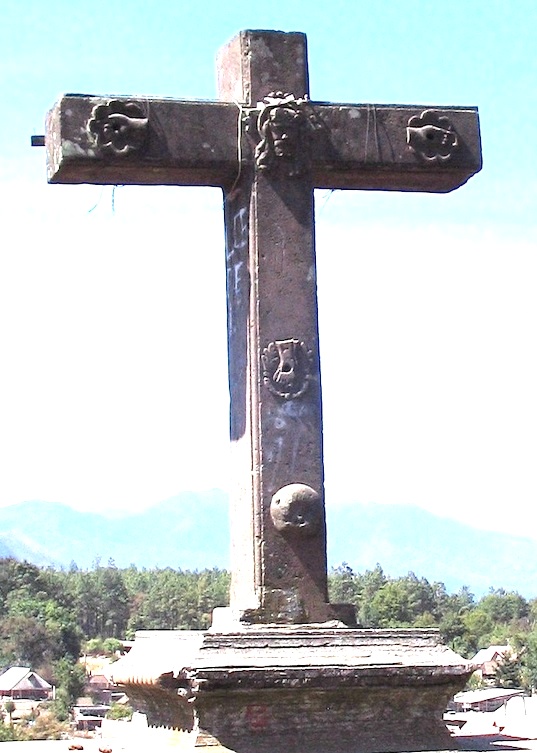 The Calvary Cross
Not far from the main plaza at Angahuan, atop a Calvary hill of red and black volcanic rubble, stands a quite different style of cross, on which the abbreviated body of Christ is represented by his Face, Hands and Feet. The cross is Christ, and vice versa. 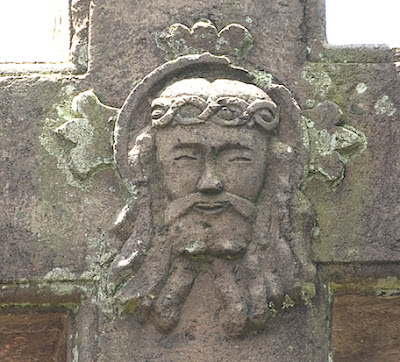 Hirsute, bearded and crowned with thorns, the Face reveals partly closed eyes and is framed by a cruciform tiara carved with triple tongues of flame signifying Las Tres Potencias, the Three Powers of the Soul—memory, intellect and will—a popular devotion of Christ in colonial Mexico.
The Hands, pierced with deep Wounds and set in lobed, floral frames on the arms, point outwards, while the crossed Feet, bearing a third Wound and framed by a foliated loop, project from the shaft.    A simian looking Skull grimaces from the foot of the cross. 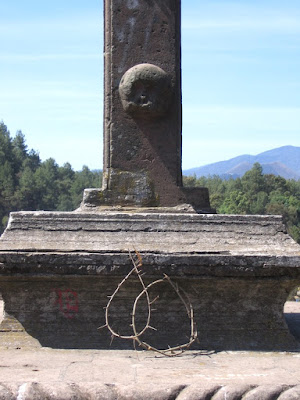 During Easter reenactments, penitents carry a crucifix up the stony hill, leaving their bloodstained crowns of thorns at the base of the cross.