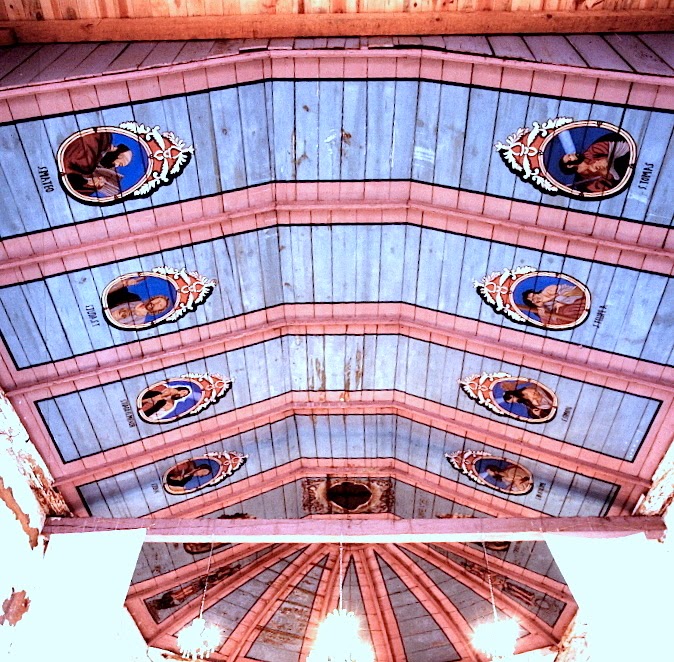 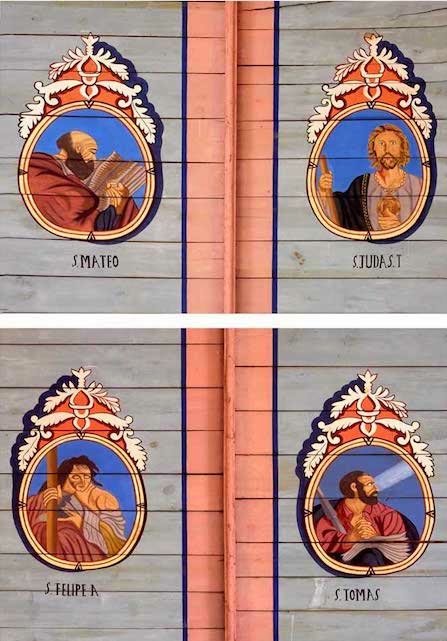 The only other images are those of the Archangels Michael and Raphael, squeezed awkwardly into the narrow, triangular corner frames at the east end.
St Michael, the patron saint of Tanaquillo, is the more interesting figure of the two, dressed as a Roman soldier subduing the fearsome Devil beneath his feet.
text © 2014 Richard D. Perry.   images by Carolyn Brown and Niccolò Brooker
Posted by Richard Perry at 12:17 PM No comments: 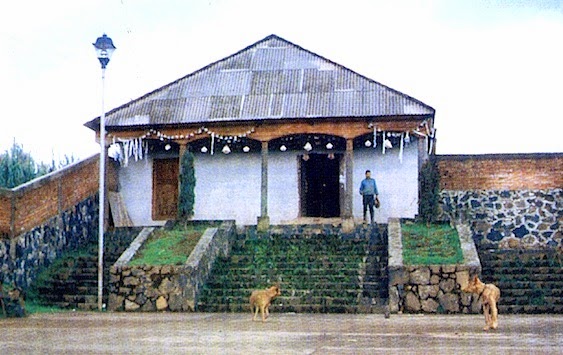 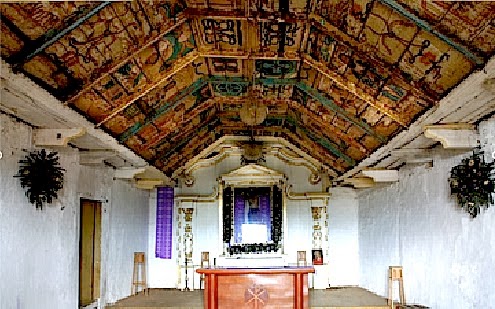 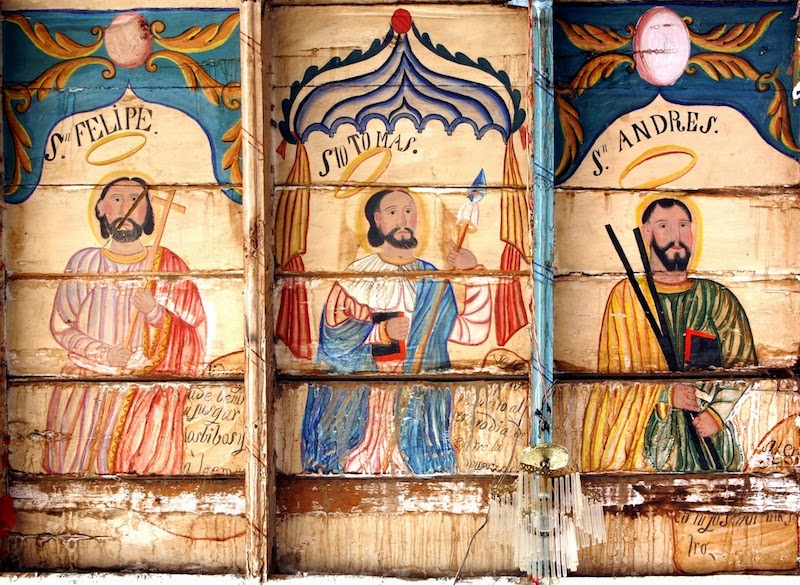 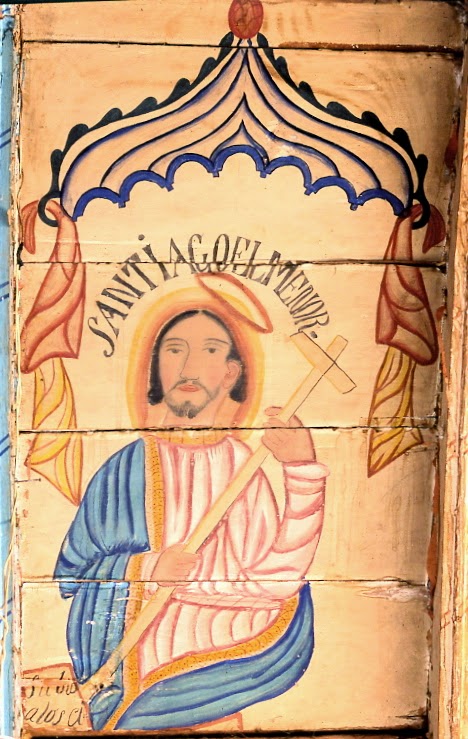 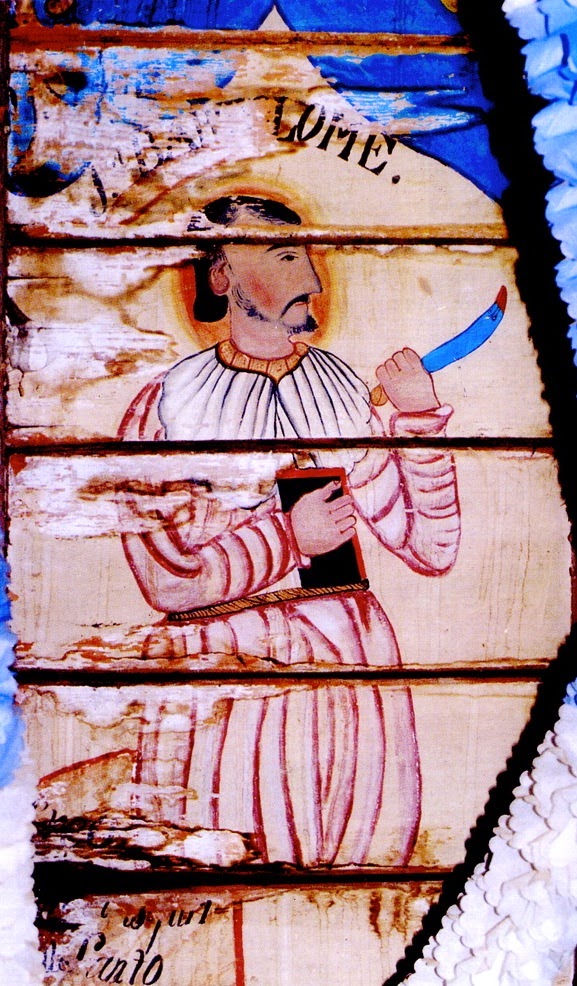 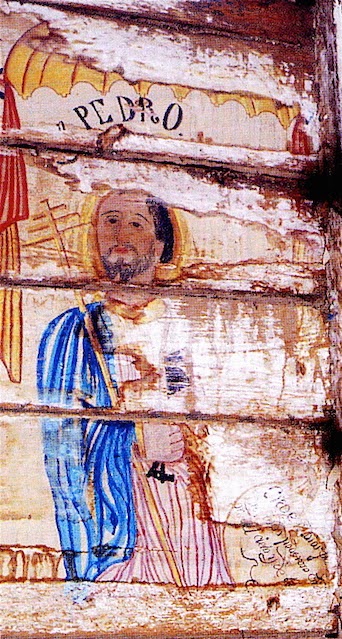 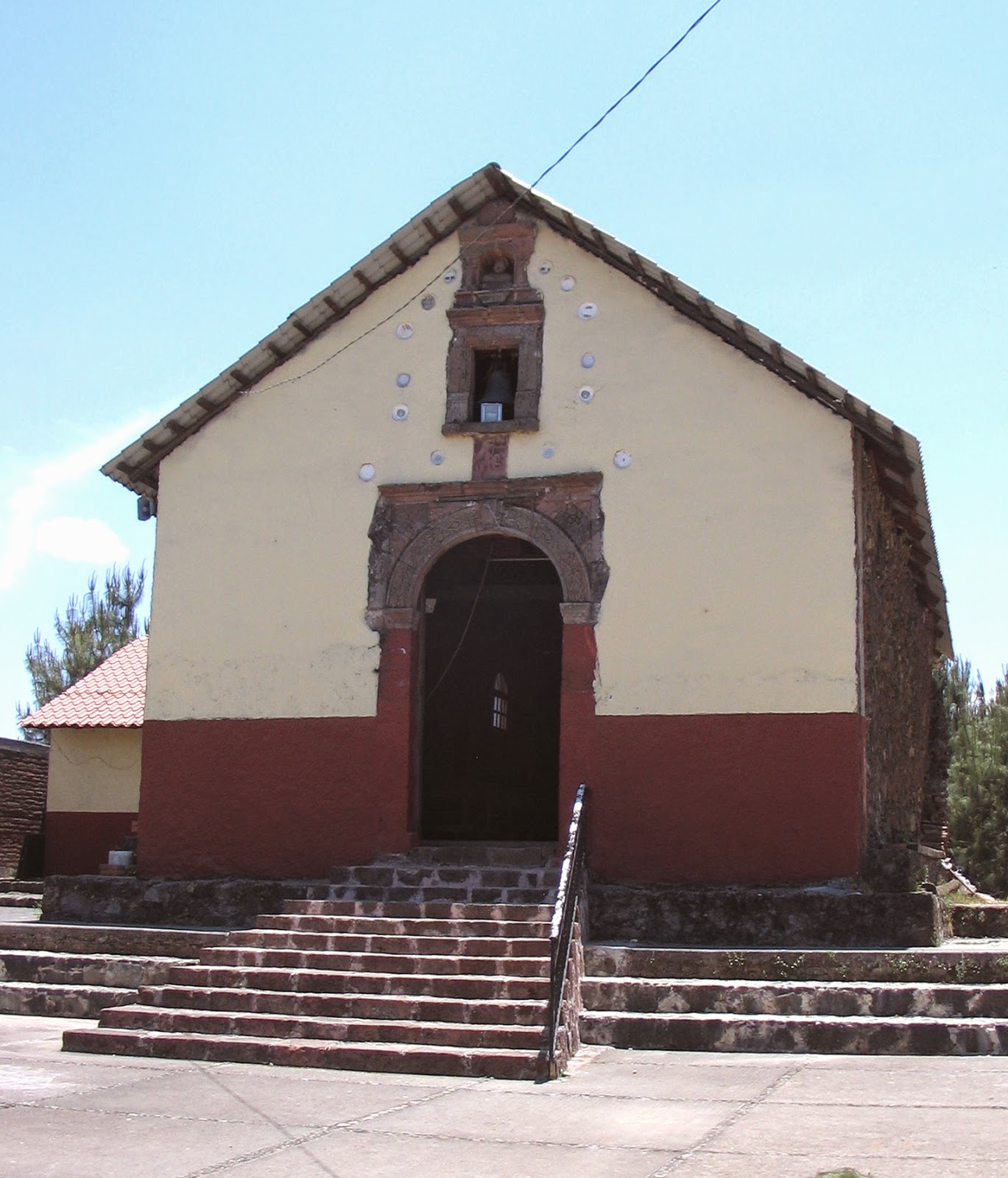 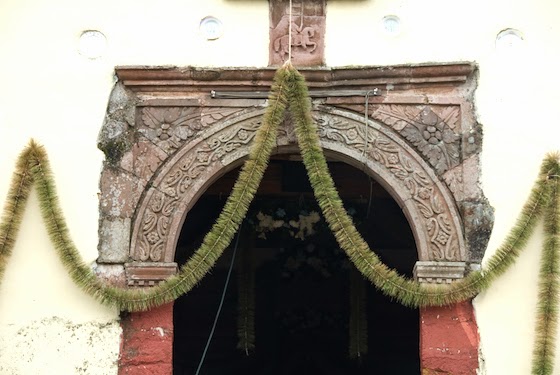 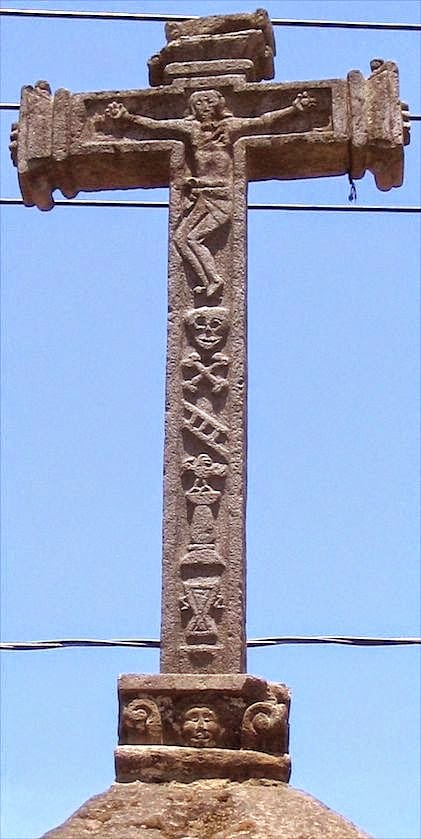 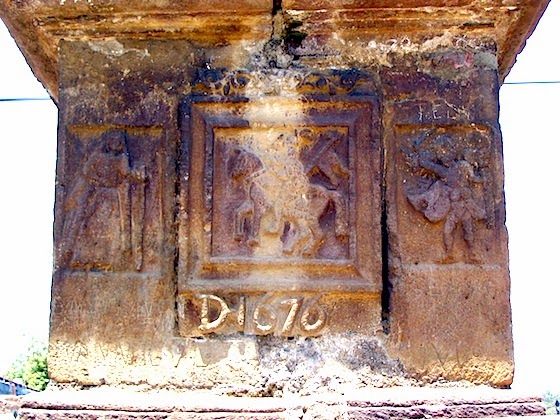 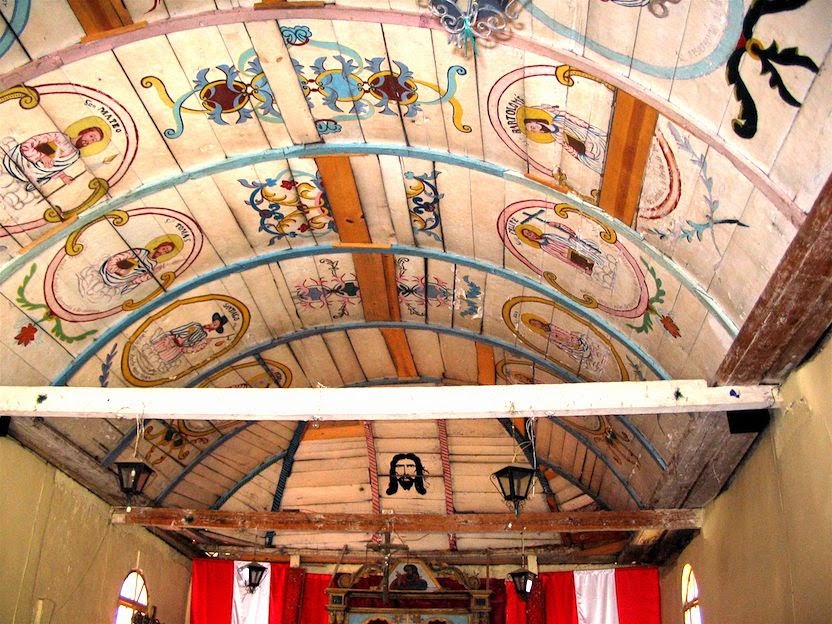 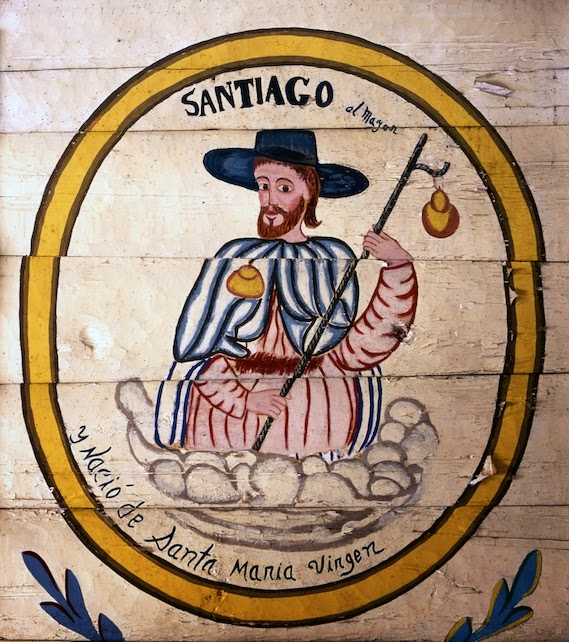 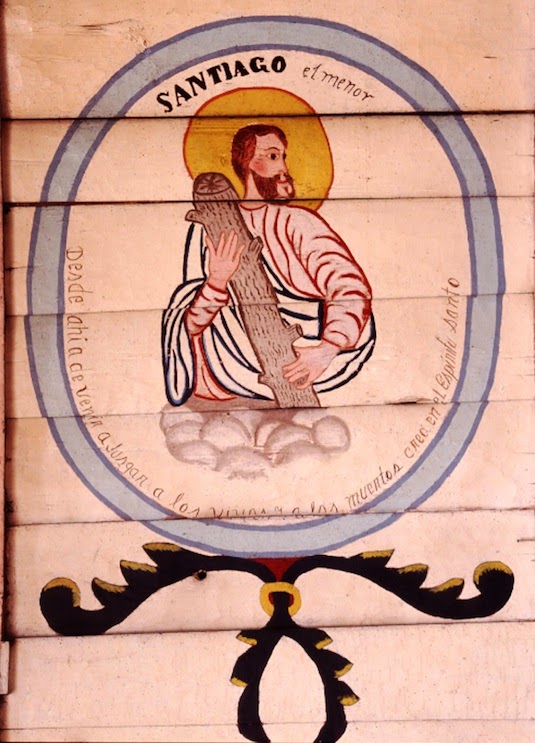 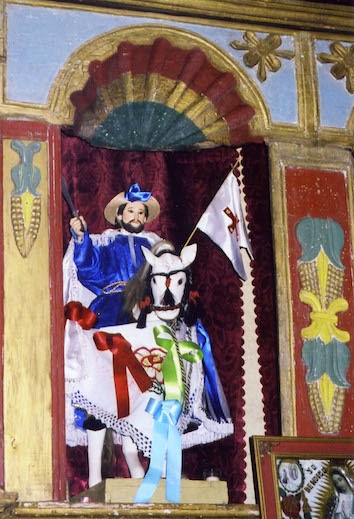 Missions of Michoacán: The Apostolados

Chief among the themes in the murals and painted ceilings of the churches and chapels in western Michoacán is the apostolado, or depiction of the Apostles.
These usually take the form of individual portraits of the saints, presented in a sequence and customarily accompanied by their attributes or the instruments of their martyrdom.
Often they are further identified by their inscribed names as well as, in at least one case, by articles of the Apostles Creed, for the recital of which these portraits were undoubtedly intended as visual aids for the generally illiterate native worshippers.
Perhaps because of this last consideration, these apostolados appear almost exclusively in smaller churches, often barrio chapels within the larger purépecha communities of the region.

Also they are usually of a later date than the other painted ceilings, in most cases from the 19th century.
Although colorful and usually framed in a decorative, folkloric manner, the portraits themselves are simple and direct in style.
We already saw examples at Nurio and Magdalena Quinceo.
In our next series of posts we focus on the apostolados to be found at Santiago Charapan, San Sebastián Corupo, San Miguel Tanaquillo, and adorning the recently repainted barrio chapels of Guadalupe in Santa Clara del Cobre and El Señor de los Zapateros, located in Tlalpujahua in eastern Michoacán. 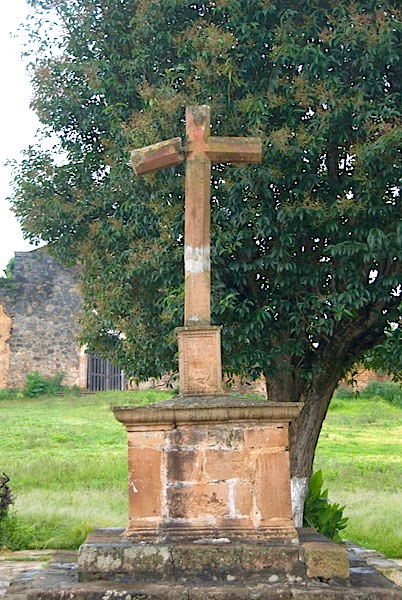 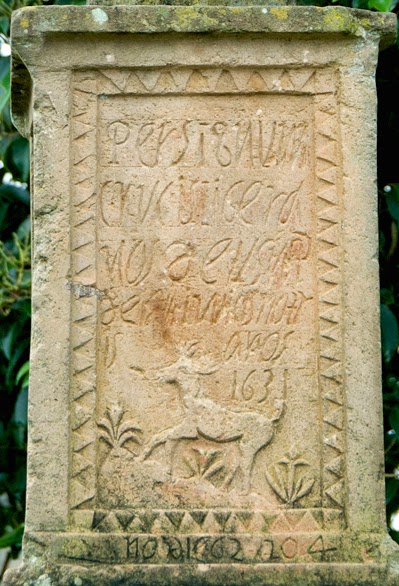 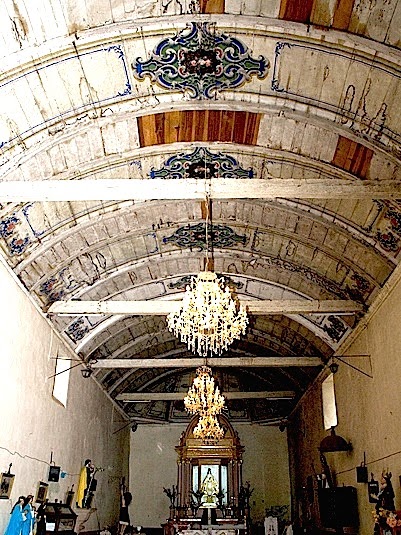 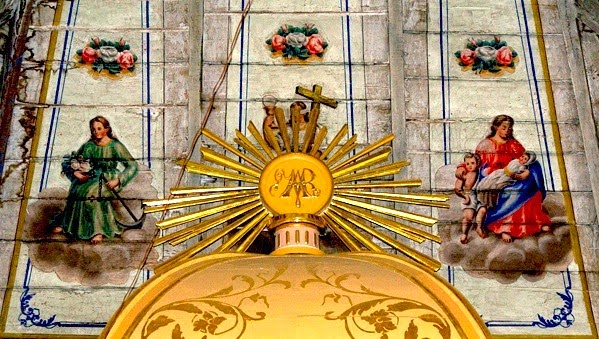 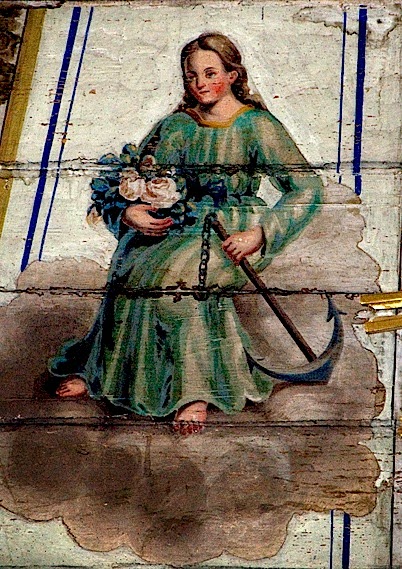 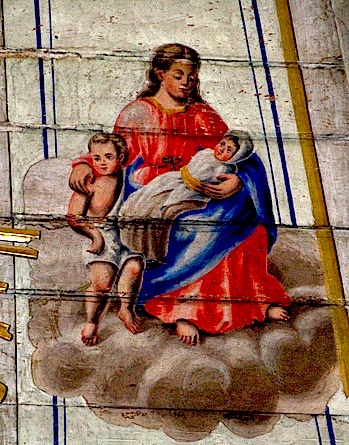 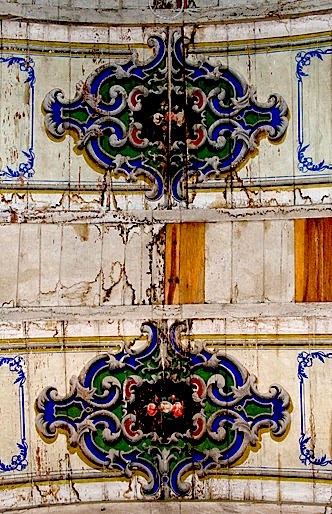 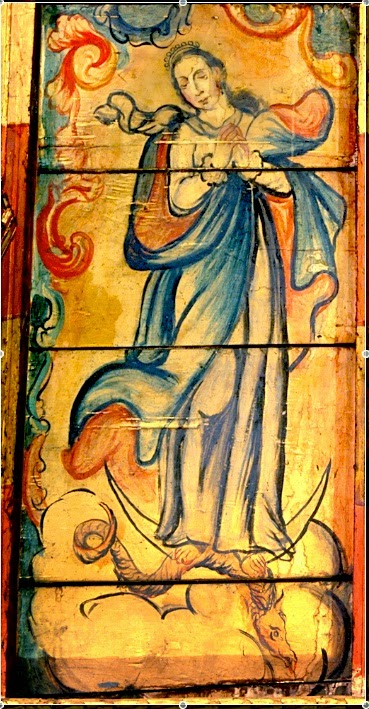 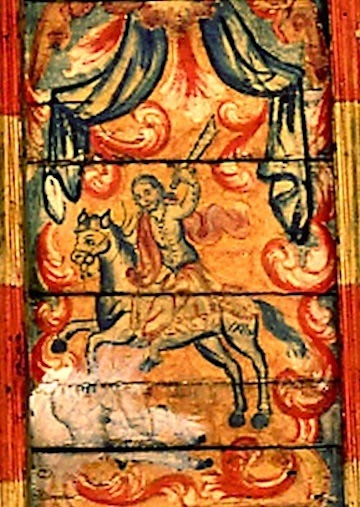 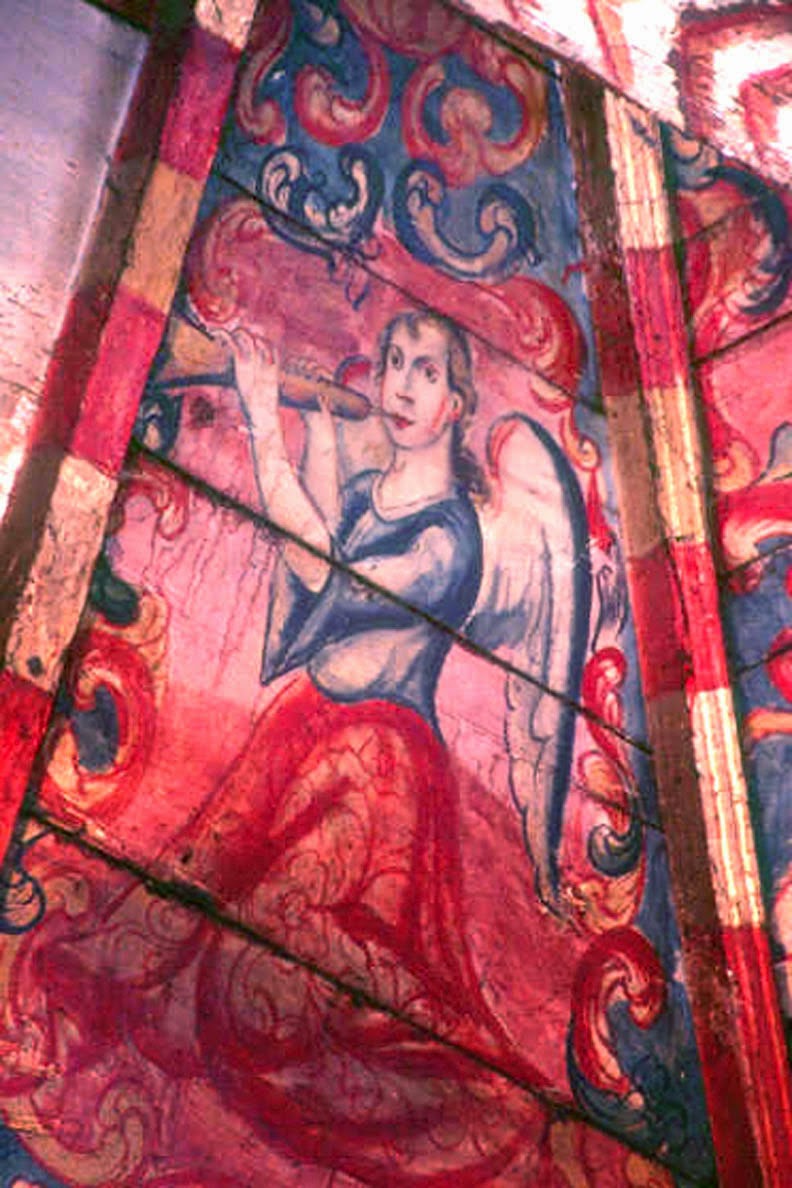 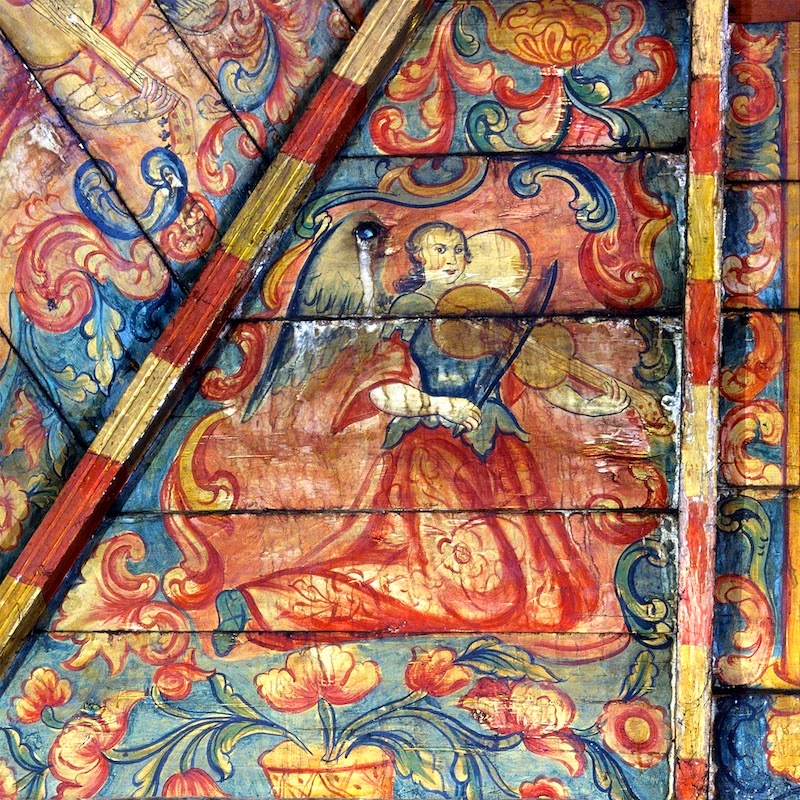 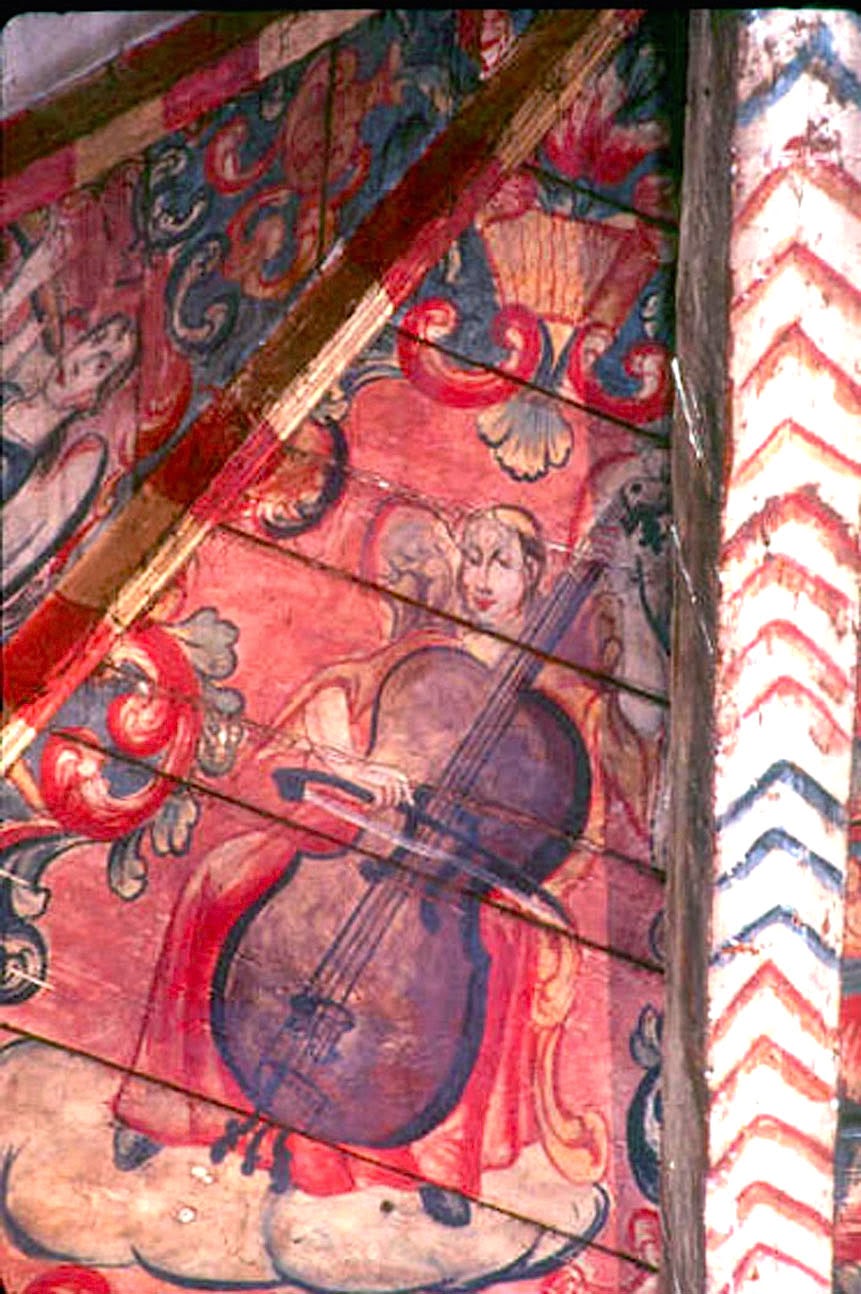 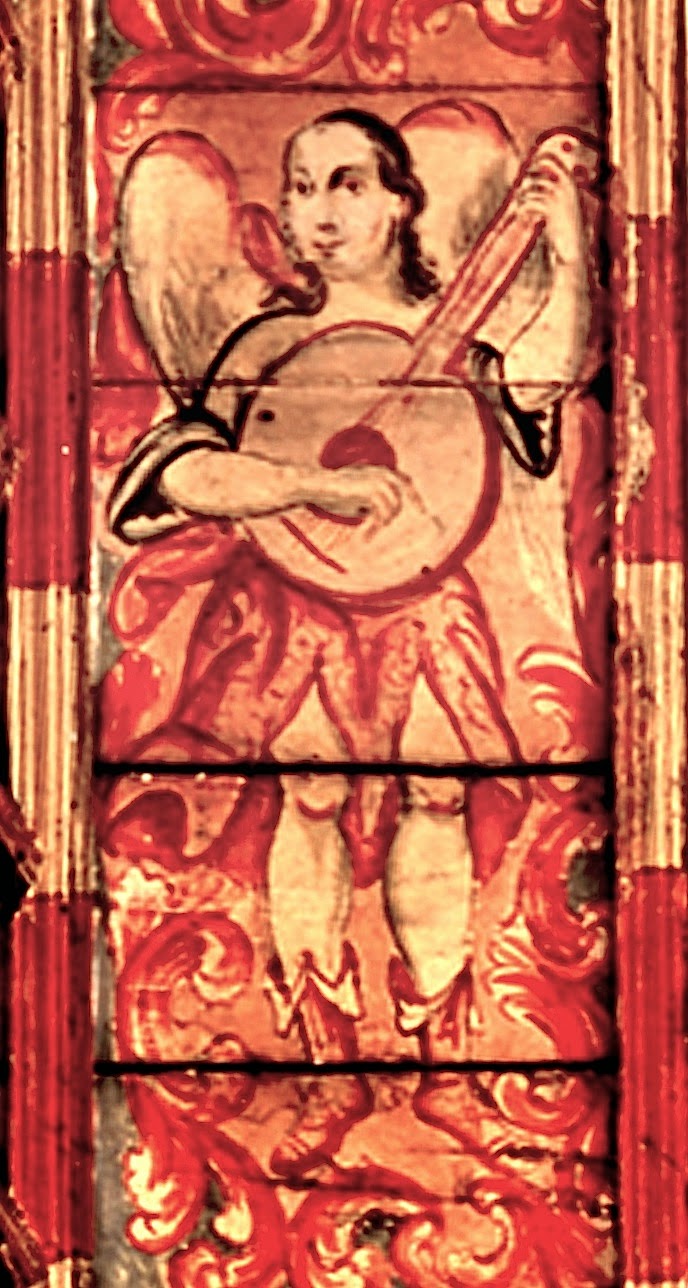 
text © 2014 Richard D. Perry.  All rights reserved
images by the author and courtesy of Carolyn Brown, Robert Jackson and Niccolò Brooker
Posted by Richard Perry at 10:41 AM No comments: