Atlixco: The Third Order Chapel of St. Francis. 1. The Architecture 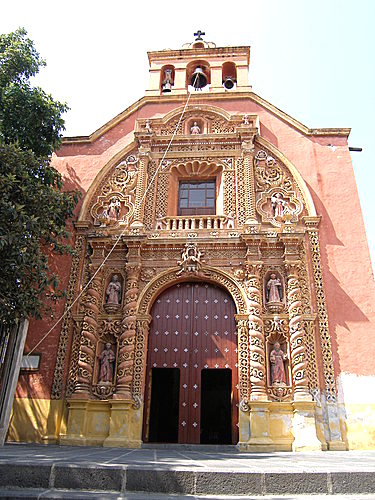 Atlixco.  The Third Order Chapel of St. Francis
Set at the foot of the hill leading up to the mother monastery of San Francisco, the Franciscan Third Order Chapel is dedicated to the Tertiaries, or lay members of the Franciscan Order.
In its architecture and church furnishings the chapel incorporates an eclectic variety of colonial artistic styles. The classic retablo design of the west front, reminiscent of the main altarpiece at San Francisco, has been amped up to create a delightful baroque confection.
Paired spiral columns, luxuriantly carved with twisting, painted vines and fruits, enclose two tiers of ornamental shell niches on either side of the lofty entry that house statues of Apostles and Franciscan saints—Peter and Paul below and St Francis and Anthony of Padua above.
A mask-like cornucopia projects above the arched doorway and the choir window overhead is also covered by a shell arch and framed by bands of geometric filigree relief and decorative "basketweave" columns. Moorish style medallions on either side frame reliefs of two Fathers of the Church.  Cherubs and angels romp throughout the facade. 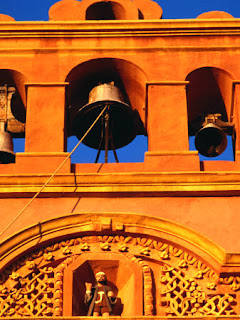 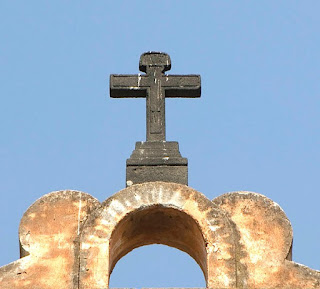 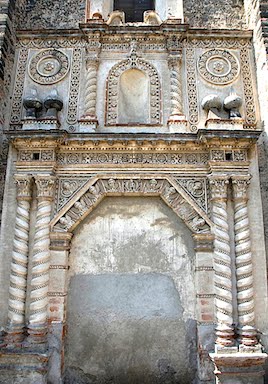 The Moorish theme is echoed in the decorative side entry, whose octagonal doorframe and Isabelline window vie with geometrical and foliated stuccowork, acanthus scrolls and cherubs in a complex composition, again with paired spiral columns. 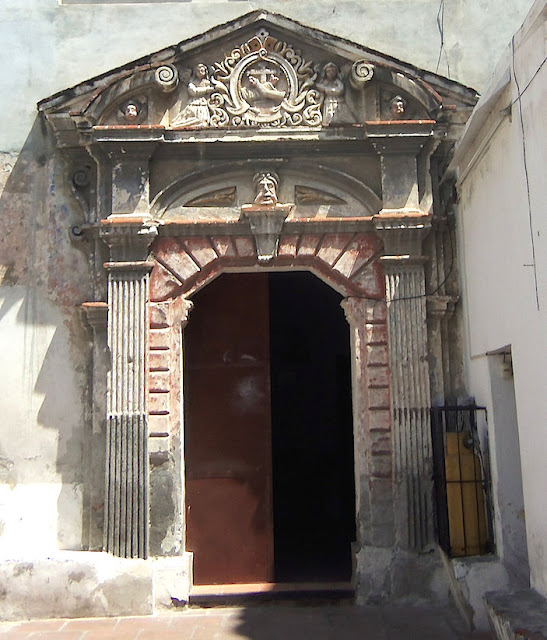