This early Franciscan monastery on the former shores of Lake Chapala is a shrine to its founder Fray Jácobo Daciano, a distinguished 16th century missionary of royal descent and a cousin of the Emperor Charles V of Spain. 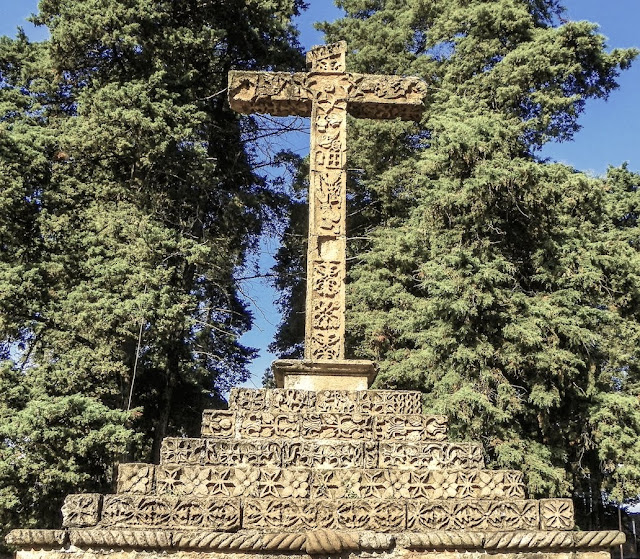 Standing in the center of the walled atrium, the venerable weatherbeaten cross is cut from local janamú volcanic redstone. It is mounted on a stepped base banded with the Franciscan cord and densely carved on all sides with alternating friezes of rosettes and linked floral motifs interspersed with tiny, skirted figures. 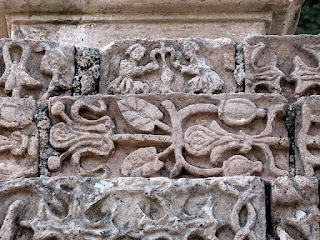 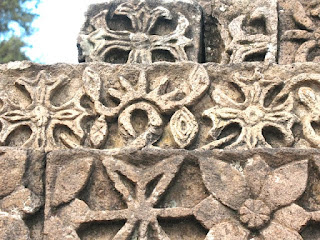 Slender and rectangular in section, the cross is likewise carved with complex foliated reliefs on each surface. Overt Passion symbols are confined to the front of the cross.
The face of Christ, an almost universal element in early crosses, is conspicuously lacking here, although a woven crown of thorns is draped below the neck at the crossing, framing a small rosette. 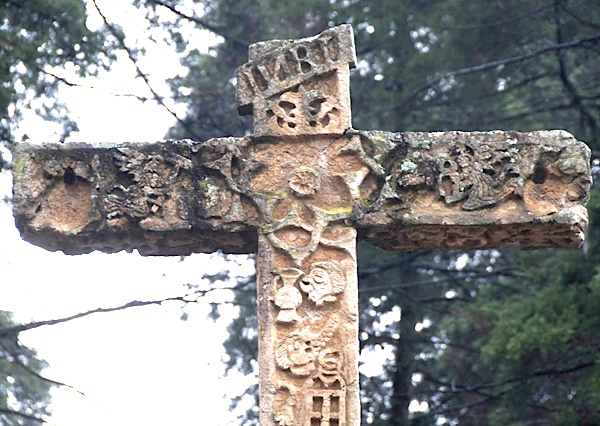 Reliefs of winged angels carrying the arma christi flank the crown on the arms—a rare example of angeles pasionarias on a cross, although they are fairly common in early murals and architectural reliefs. Worn, round depressions with drilled center holes—all that now remain of wound reliefs or inlays—appear at the end of either arm.

Three profile heads crowd the upper shaft, two with speech scrolls, and the third portraying an agonized Judas with a purse around his neck, extending his hand to a column of coins overhead.
A shield-like recess in mid-shaft may also once have framed an obsidian inlay. 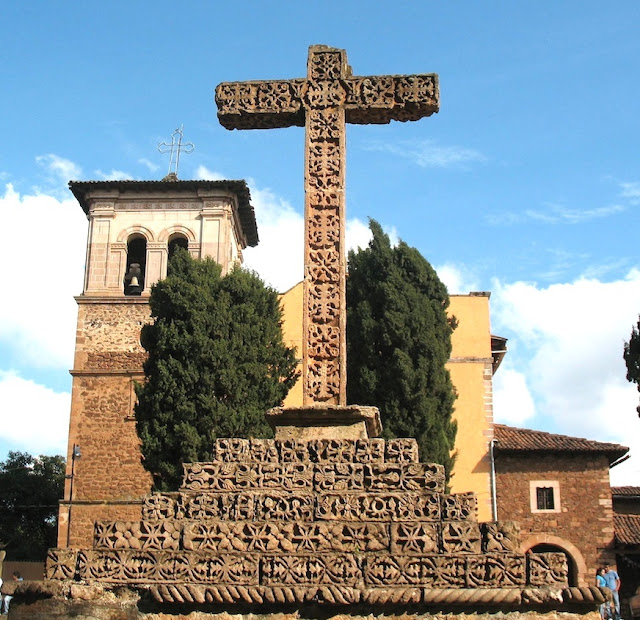 Complex, almost abstract, rosette like reliefs alternate on the lower shaft and across the reverse face of cross as well as along the sculpted base. 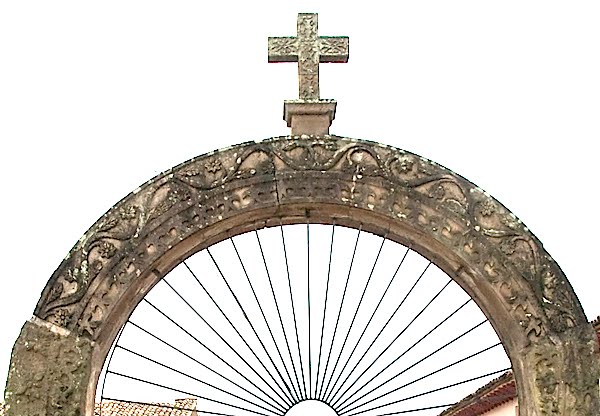 A second ornamental cross, carved with similar floral motifs, stands atop the atrium gateway, whose arch is banded with undulating vine reliefs.
text © 2016 Richard D. Perry
images courtesy of Niccolo Brooker, Diana Roberts and Robert Jackson.
Thank you one and all. 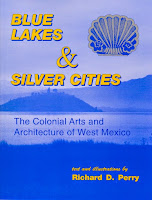 for more on the churches of Michoacán consult our guide book to west Mexico
Posted by Richard Perry at 1:15 PM