In an earlier series we looked at a variety of carved stone crosses in churchyards across Mexico (search under Mexican Crosses.)
Today we follow up with several posts on a distinctive group of densely sculpted colonial crosses in the town and village churches around Lake Cuitzeo in northern Michoacán.
They include those at Capacho, Huandacareo, Villa Morelos (Huango), Huaniqueo and in the town of Cuitzeo itself, with which we start the series: 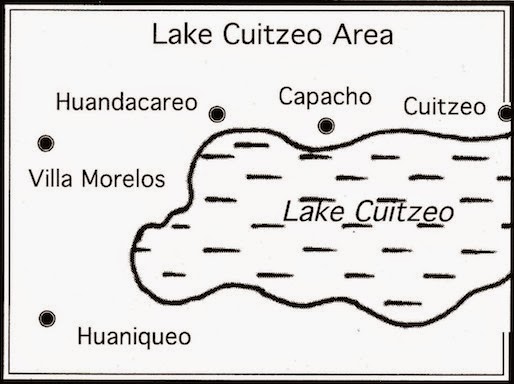 The dominant colonial monument at Cuitzeo is the great Augustinian priory of Santa María Magdalena overlooking the shallow lake.
Currently, the original atrium cross is found inside the convento courtyard, pending relocation after the recent restoration of the monastic complex. A replica is on display on the atrium gateway.
The cross is square in section with a beveled shaft, and bears the large block finials typical of this region—in this case carved in the form of a capital with a row of tiny crosses at the head, and as notched blocks like ice cube trays capping either arm.
Although less densely carved than other area crosses, its handful of bold reliefs include a wreath style Crown of Thorns at the crossing and three streaming, stylized Wounds of Christ on the arms and shaft.
The other feature of note is the carefully modeled and unusual Augustinian heart on the upper shaft, ringed by another crown of thorns and sprouting feathery wings.  An angled INRI plaque projects from the neck of the cross. 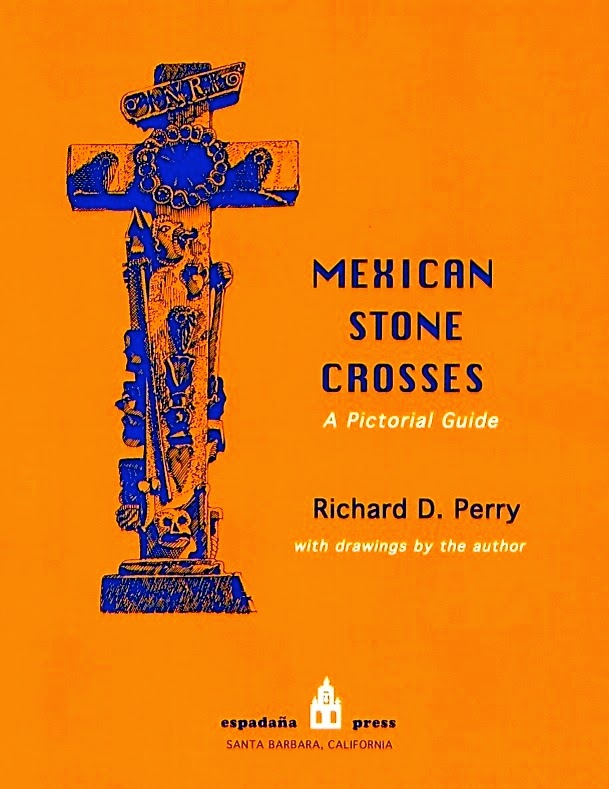 look for our forthcoming guide to Mexican Stone Crosses
Posted by Richard Perry at 8:53 AM