Huaniqueo
Located south of Lake Patzcuaro, the 16th century church and adjacent hospital of Santa Marta were founded by Vasco de Quiroga, the first Bishop of Michoacán and at that time the encomendero of Huaniqueo. 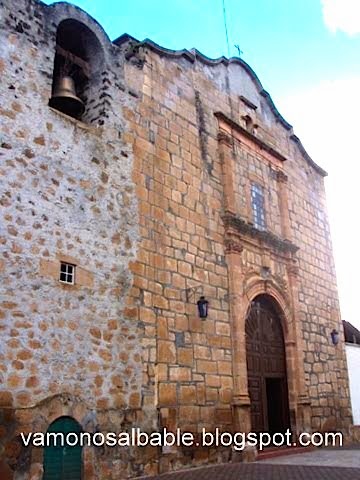 The church was built by the Franciscans, although the present cut stone front, faced with an austere classical doorway and undulating baroque pediment, is of later colonial vintage.

The Atrium Cross
Mounted high on a pyramidal base with an elaborate sculpted pedestal, the impressive atrium cross is similar in form, detail and quality of carving to that at Huandacareo.
On the reverse side shown above, starlike rosettes line the arms as at Huandacareo. Spear, Reed and Nail reliefs appear on the shaft along with a fanlike Scourge at the foot. 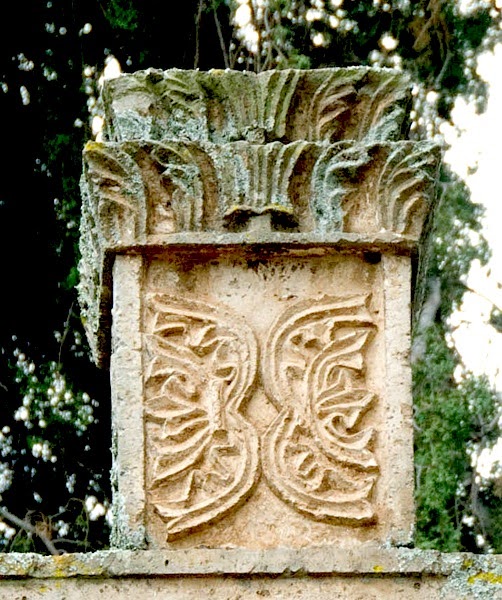 Unusual back-to-back foliated motifs on the neck of the cross have a marked pre-hispanic flavor.
The front of the cross facing the church is dominated by the face of Christ at the axis. Rendered in bold relief with spreading locks of hair, it features a Crown of Thorns across the brow and is capped by an eroded Tres Potencias * tiara. 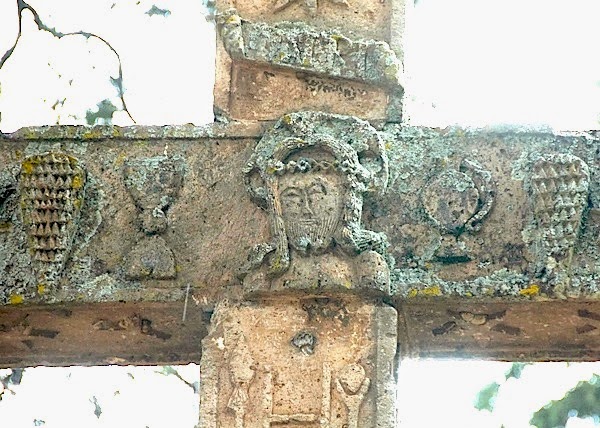 Other Passion related objects, notably three large, pear shaped Wounds with stylized, zigzag drops of blood, crowd the arms and shaft in an orderly pattern within the raised borders.
As at Huandacareo, a Ladder descends the shaft flanked here by the Spear and Reed. Below, another detailed relief of the Column appears, draped with ropes and supporting a small Cockerel. 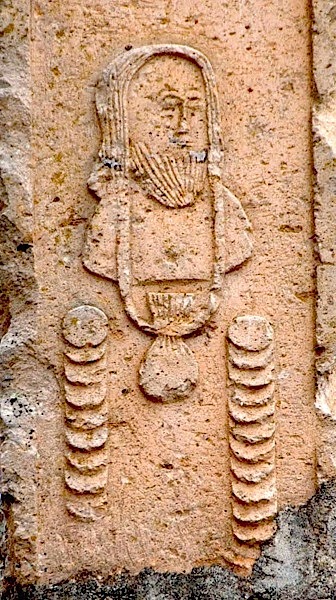 More reliefs on the sides of the shaft include, also as at Huandacareo, heads in various poses, the principal example being a bearded Judas with a bag hanging from his neck accompanied by columns of the Thirty Pieces of Silver. 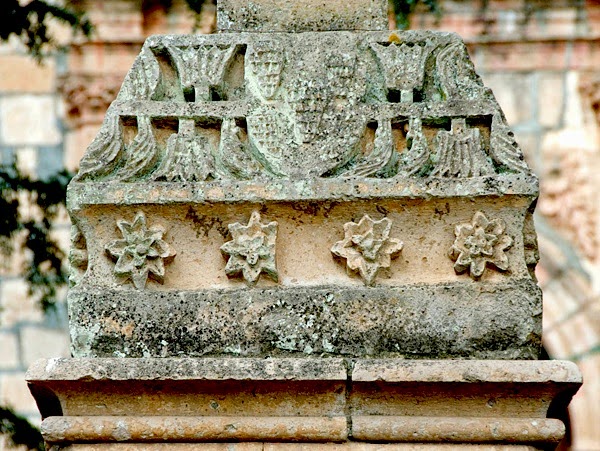 The ornamental, hut shaped pedestal upon which the cross rests, carved on all four sides, is another unusual aspect.
Star reliefs line the recessed lower tier while the sloping upper parts are emblazoned with the Franciscan Stigmata on one face, and the Skull and Bones on the front. 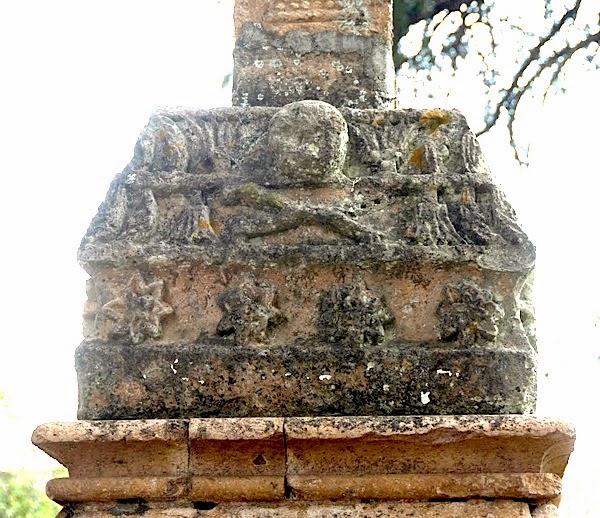 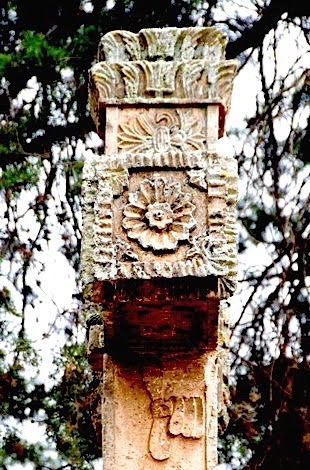 * Three flames emanating from the head of Christ, symbolizing the three powers of the soul—traditionally memory, understanding and will.