This is the second in our new series on eastern Yucatan missions.

As at Temax, a late 16th century mission anchors the charming 17th century church of San Francisco Cansahcab; its former open chapel, ringed with merlons, forming the raised sanctuary with an adjacent belfry. 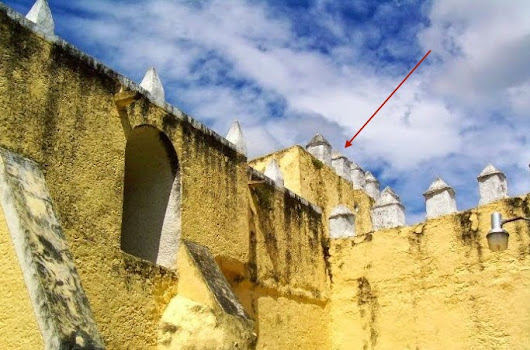 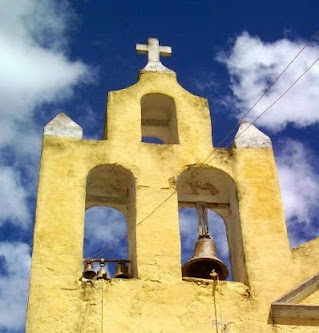 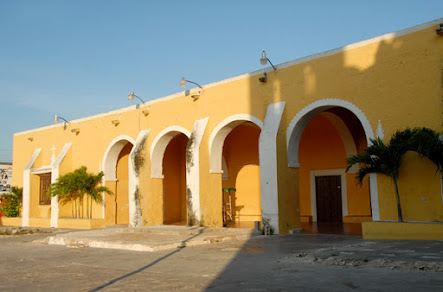 The substantial convento with its arcaded cloister adjoins the church to the northeast, fronted by an equally imposing arcaded portería. 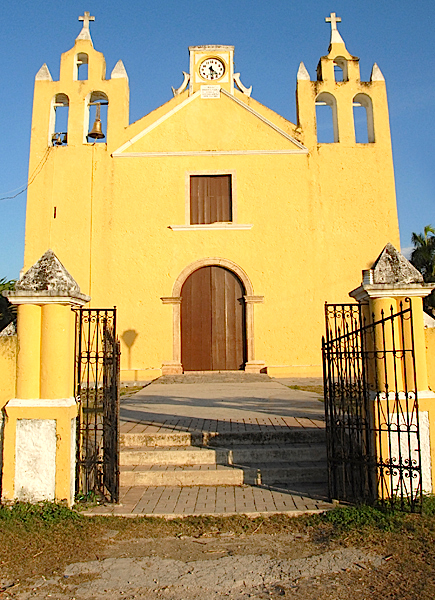 The pedimented facade is flanked by handsome twin belfries also set with merlons; the nave walls are also capped with castellated parapets. 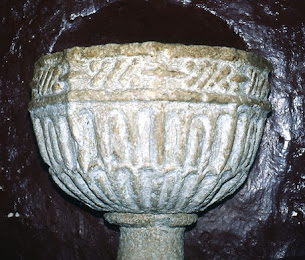 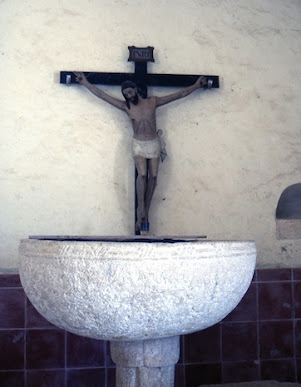 Inside the simple arched entry, a pair of early stone fonts carved with the Franciscan knotted cord stands sentry: one by the doorway to the caracol stairway beside the north tower and the other in front of the baptistry, which contains another, larger monolithic baptismal basin. 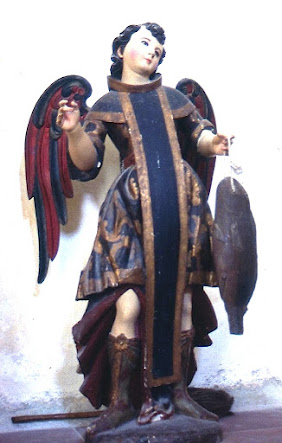 Our favorite work of art at Cansahcab, now kept in the sacristy, is the graceful, richly ornamented wooden figure of a fresh-faced Archangel Raphael holding his traditional fish.
text © 1988 & 2021 Richard D. Perry
images by the author and courtesy of Niccolo Brooker

Posted by Richard Perry at 1:23 PM