During the 1600s, the Franciscans established the substantial mission of San Francisco here, adding a spacious church and convento to the little 16th century visita chapel mentioned by Father Ponce. 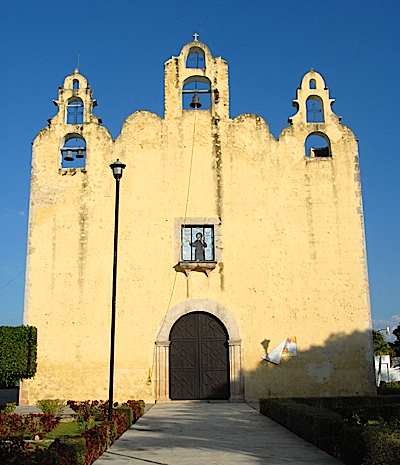 The convento is now in ruins, but the church endures, its broad, rather plain facade enlivened by an undulating parapet and triple belfries. 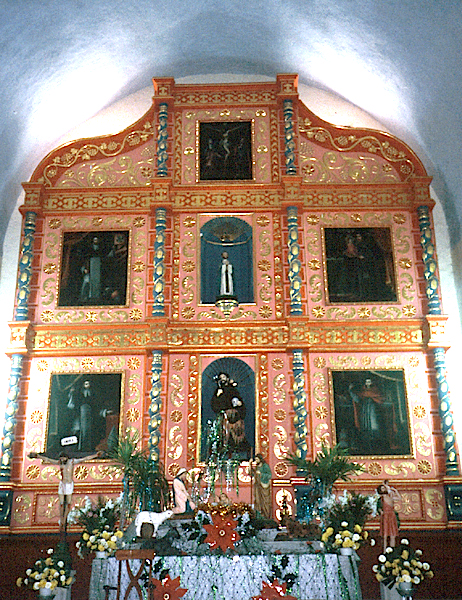 The main item of note inside the church is the early 18th century "folk baroque" retablo, newly restored to its original red, white, blue and gold. 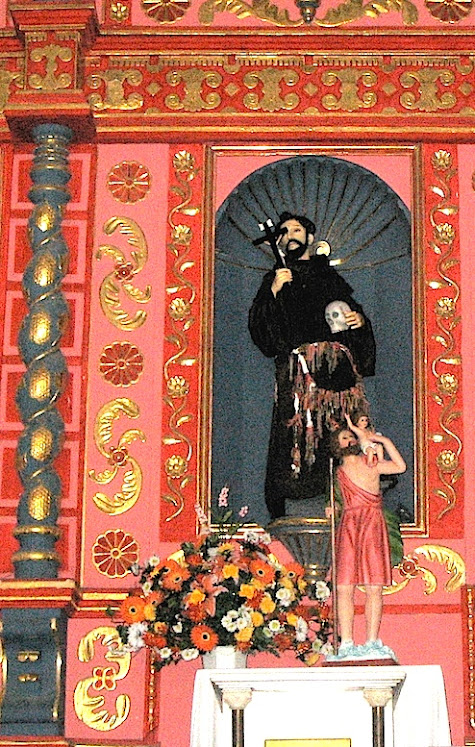 The altarpiece retains its decorative green spiral columns wreathed with reliefs of vine leaves and bunches of grapes, as well as many of the original paintings and some statuary, including a figure of St Francis, the patron saint. 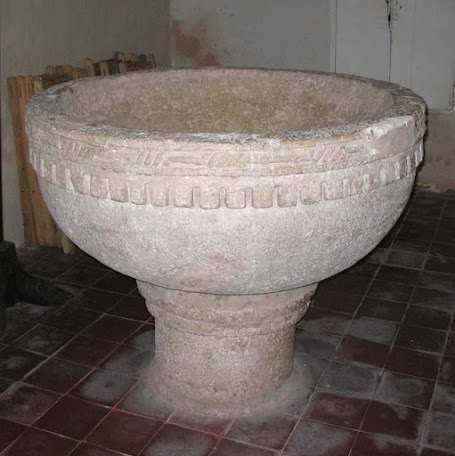 A monolithic baptismal font, rimmed by the Franciscan knotted cord, stands in the nave. 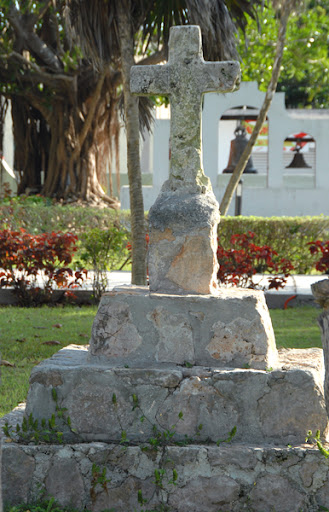 The other artifact of interest is the atrium cross. Although plain it is a rarity in Yucatán.
text ©2007/ 2021 Richard D. Perry
photography by the author and © Niccolo Brooker
Posted by Richard Perry at 2:33 PM