Today much reduced and far from the highway, Tilantongo was a leading Mixtec kingdom and populous religious center before the arrival of the Spaniards. The Dominicans recognized its pre-eminence and established an important mission here in the mid 1550s—as a visita of the great priory of Yanhuitlan.

Picturesquely perched on a ridge top, the large cruciform church has been since been significantly remodeled, although the austere original facade largely survives. 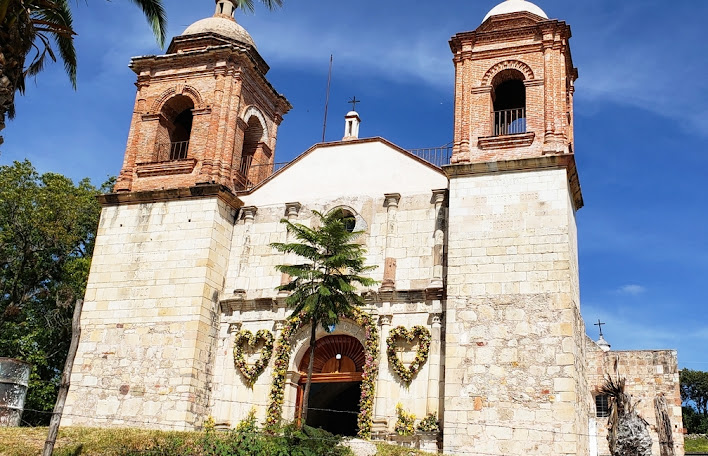 Possibly a replica of the original Yanhuitlan front, the stone facade is also recessed between uneven but massive tower bases that support brick bell towers. Unmatched domes cap each tower while a larger dome soars above the crossing. 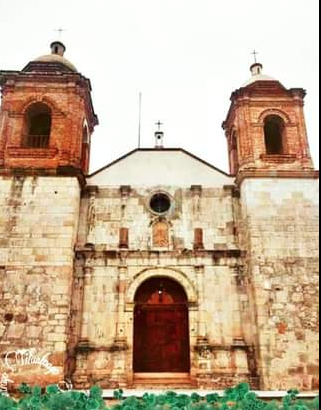 The elevated, plain church doorway is flanked by pairs of slender Corinthian columns, projecting a classical harmony in the Dominican tradition, although no sculpture niches stand between them. 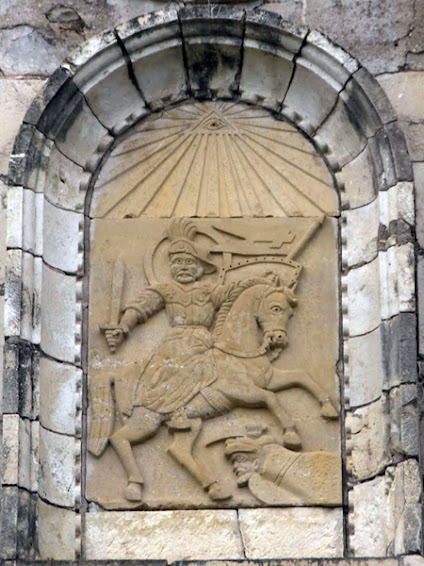 © N.Brooker
The sole sculpture is a folkloric relief of Santiago Matamoros of later origin overhead. Several fragments of Mixtec carving remain lodged in the church walls. 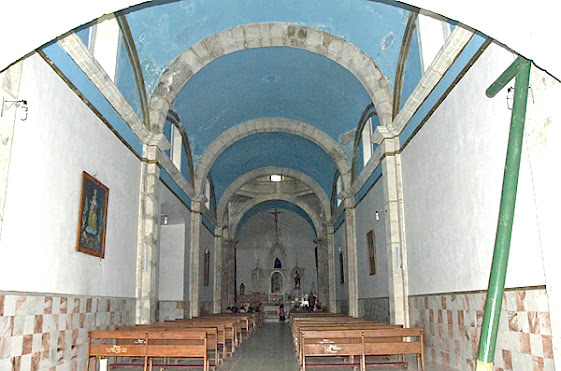 © N.Brooker
Although of later vintage, the interior continues the theme of classical sobriety. Beside domed vaults and running cornices, the domed octagonal crossing rises high above the sparsely furnished nave and transepts. 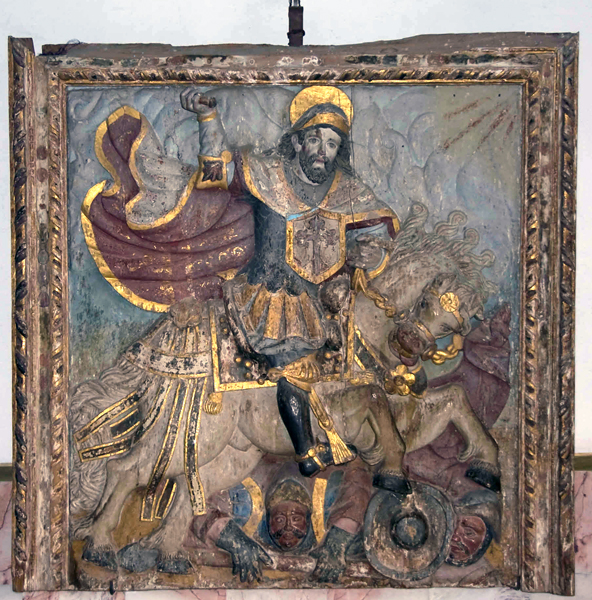 © N.Brooker
A magnificent 16th or early 17th century painted relief of Santiago, with gilded accents—probably the centerpiece of an earlier altarpiece, —rests near the west entrance.
text © 2021 Richard D Perry
color images courtesy of N. Brooker and online sources
Aficionados may be interested in a beautiful modern house currently for rent in a select suburb of Oaxaca City. For long term rental only.
Contact the owner at: cwinteroax@gmail.com
Posted by Richard Perry at 4:36 PM