The history of the Jesuits in Oaxaca has been a tumultuous one of conflicts with other religious orders, property disputes and seizures, and frequent earthquakes.

The priory of La Compañía, with its rambling precincts, has occupied its present city site since 1579. On account of several destructive temblors, the church itself only dates from the 1760s—just a few years before the expulsion of the Order from Mexico in 1767. 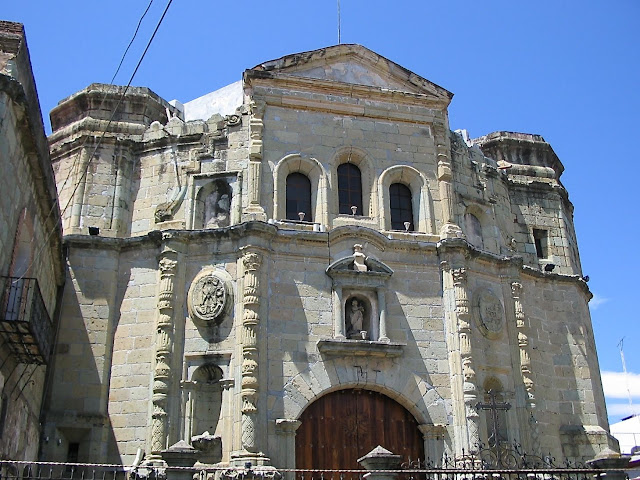 Facing east, the church front deftly combines elements from many styles, lending it a complex air of sophistication. Classical, Plateresque and baroque details contribute to the mix, as do the variety of openings, niches and outsize relief medallions that animate the intervening spaces. 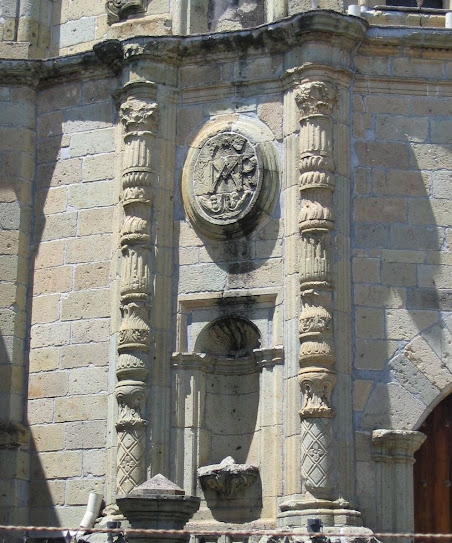 From the polygonal corner buttresses—intended as tower bases although no towers were added—the facade bulges outward and upward, outlined by giant candelabra 3/4 columns set on tall, decorative pedestals. Overhead, stepped scrolls lean inward to the pedimented gable which is pierced by triple arched openings. 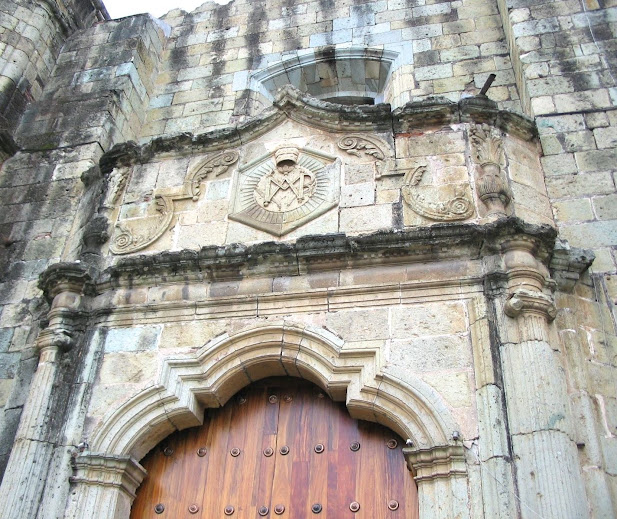 The convex north portal echoes the facade, enlivened by fluted Ionic half-columns, flowering urns set at an angle on the corners, and a battlemented parapet overhead. Above the sinuous, Moorish inspired lobed doorway, serpentine swags flank an octagonal monogram of the Virgin. 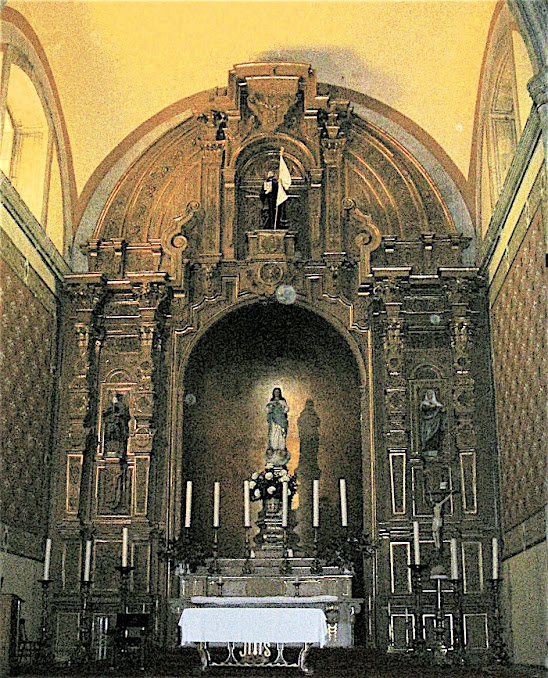 While side chapels and niches lend interest to the dim and cavernous nave, the principal focus of the church interior is on the imposing altarpiece filling the apse.

Colored in faded red and gold, the retablo is framed in a confident Churrigueresque style, with powerfully projecting estípites. Although its author is unrecorded, the altarpiece may be based on a design by Felipe de Ureña, the architect of the nearby church of San Francisco, who is also thought to have worked here.

Flanked by statues of St. Joachim and St. Anne, the entire center pavilion takes the unexpected form of a giant recessed archway. Possibly containing other sculptures at one time, currently it is home to a single image of La Purísima, to whom the church is dedicated.  Ignatius Loyola stands at the top of the retablo, clutching a copy of his Spiritual Exercises. 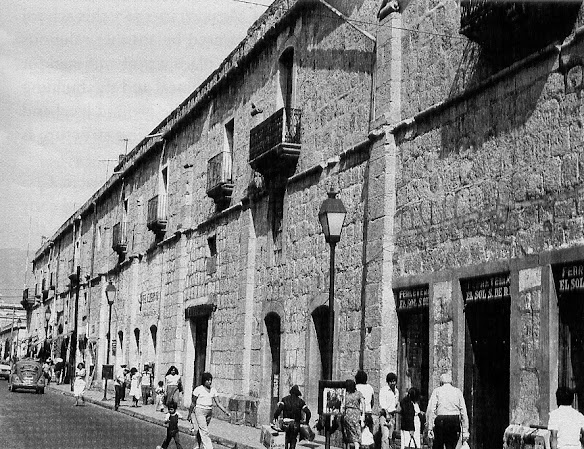 Originally, the Jesuit convento and seminary extended south along Calle Flores Magón from La Compañía. Much of the vast complex has now been converted into storefronts and apartments, including the down-at-heel main patio which retains part of its original arcading.         However, the block long exterior wall facing the market remains, its formidable ashlar stonework punctuated by giant pilasters, amply justifying the building’s popular name of La Casa Fuerte. 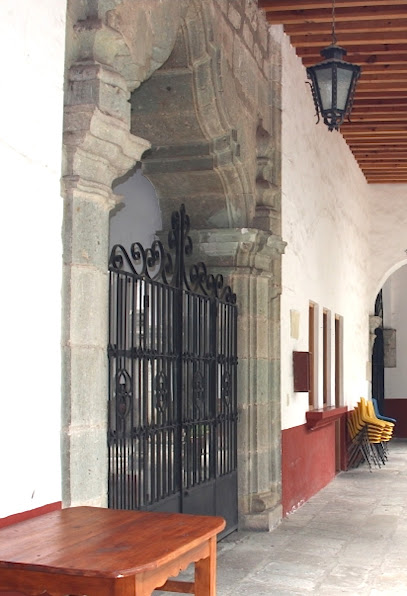 Of its four patios only the smallest one, beside the church, now belongs to the Jesuit fathers. This intimate cloister, currently under restoration, is graced by a fine, Moorish inspired, arched inner doorway, framed much like the north portal of the church. The precinct also houses an art restoration workshop of national repute.

photography by the author.

Posted by Richard Perry at 7:27 PM