The 18th century parish church, or Santuario of Santiago Apostol is another. Built in the later 1700s, it is ornamented and furnished in the prevailing barroco estípite style with Pueblan accents. 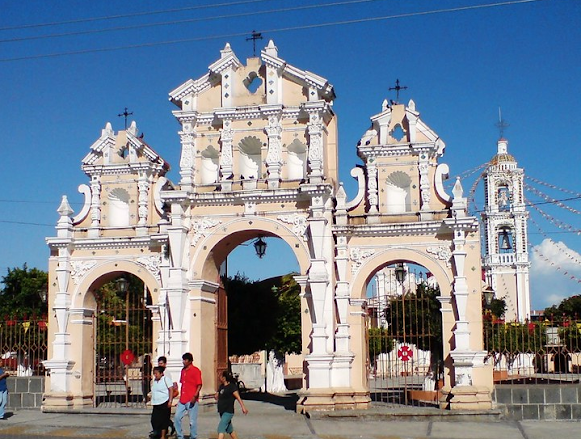 The church facade is divided by elongated pilasters, and distinguished by the fantastic bell tower, adorned with complex spiral columns and passages of zigzag poblano tilework. 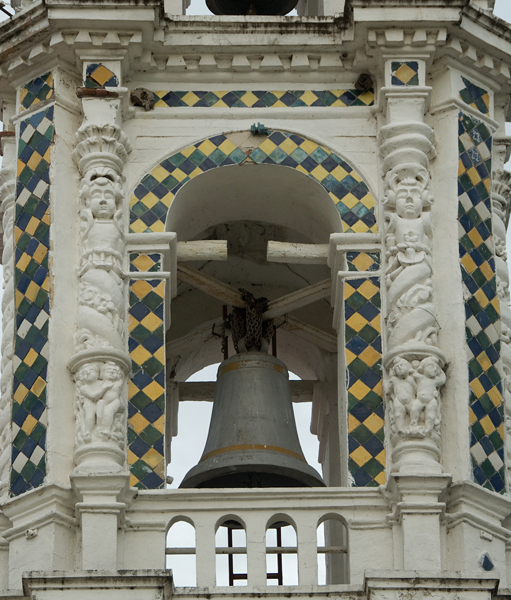 The church interior was damaged during the 2017 earthquake when the cupola above the apse collapsed. The remaining colonial art works, fortunately undamaged, are two late baroque gilded altarpieces set in the shallow transepts of the Santuario. 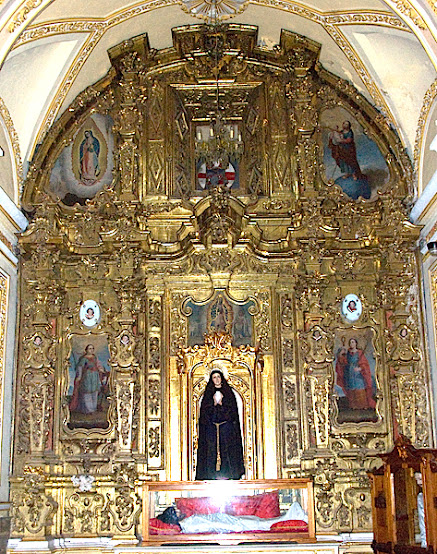 Our Lady of Sorrows altarpiece 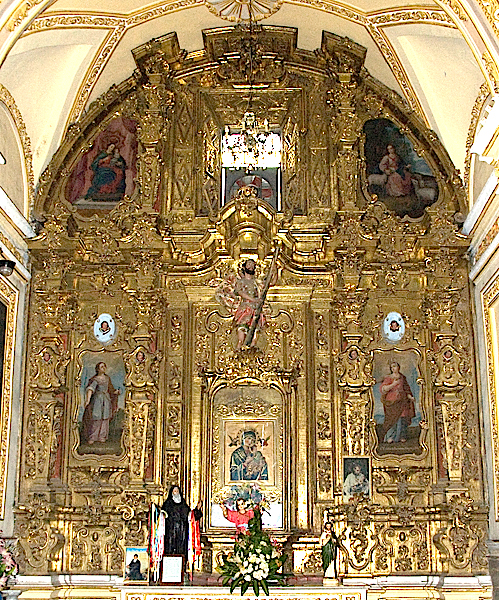 One is dedicated to our Lady of Sorrows and the other appears to be to St Christopher, whose mutilated statue stands prominently in the center niche. 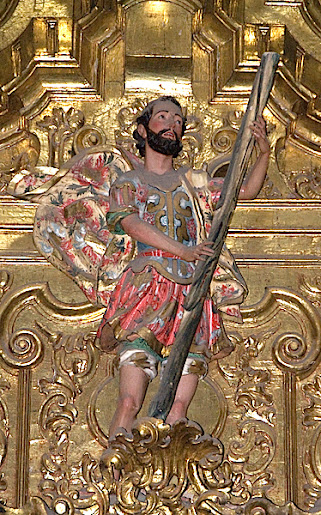 As noted, the church sustained considerable damage in the earthquake of 2017. Work of reconstruction and restoration is under way.

images courtesy of Niccolo Brooker, who brought this monument to our renewed attention, and online sources

Posted by Richard Perry at 9:15 AM