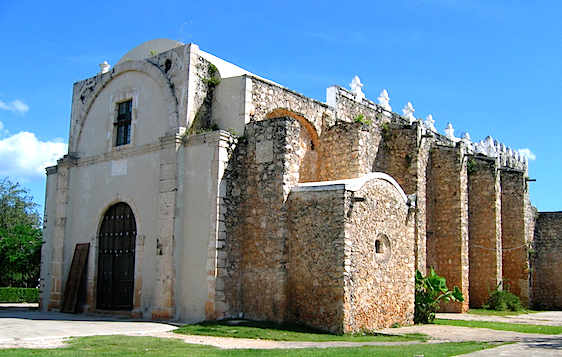 Like Opichen, this unusual looking mission is an accretion of 16th and
17th century elements, given some unity by its attractive
weathered  “rejoneado” stonework of limestone rubble and chips.
The 16th century visita was one of several attached to the large
mission at Uman a few miles up the 'Camino Real' towards
Mérida. 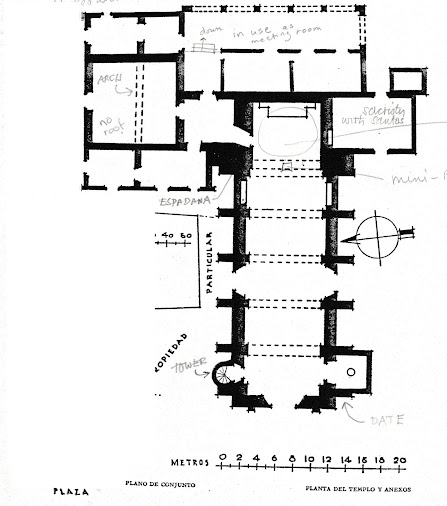 Originally it was a simple an open chapel with side chambers, which now forms the core of the sanctuary and adjacent sacristy of the church.
At the beginning of the 17th century, the mission was
expanded and construction started on the church and monastery.
Now largely ruined, the monastery block to the north east of the church was a compact structure.
Although there were arcades flanking the building there does not appear to have been a full cloister. Instead, the central area was vaulted for use as a large room; possibly a school or refectory, The main arch
which supported the roof is still in place. 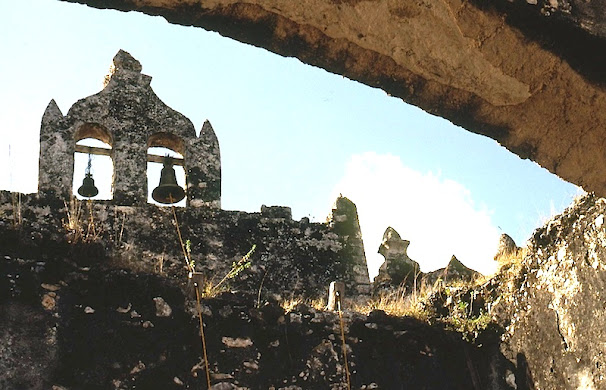 It is possible that the open chapel,with its great dome
was also enlarged at this time, the two tier
espadana with decorative finials added above it, although maybe original, may have been later. 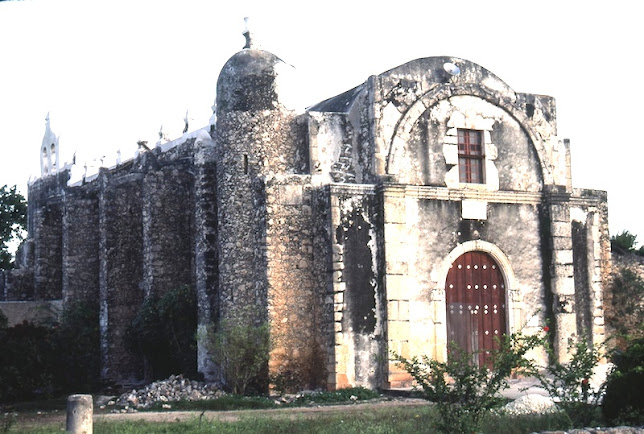 The church seems to be typical early 17th century. The
single, barrel-vaulted nave, heavy construction and plain
masonry all point to this date, the nave braced by projecting buttresses
The nave windows, on the north and south sides have curious polygonal openings in_moorish style although the windows themselves are square. (These too may be a later alteration.) 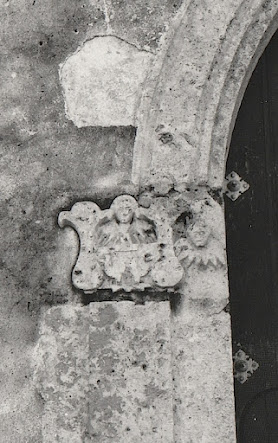 The doorways are framed in simple Renaissance fashion with unusual carved capitals on the jambs, those on the west porch depicting what appear to be angels, one superimposed upon another, probably at different times.
The facade itself is incomplete, having no towers or
'espadana', and simply following the outlines of the walls and
barrel vault. The central part containing the porch and choir
window is framed by a round arch set on giant pilasters
Towers and an upper facade may have been planned but appear never to have been built. 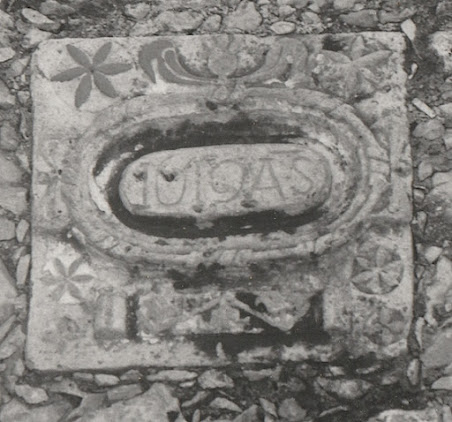 The facade inscription is indecipherable, but a carved plaque on the first south buttress is dated 1615. 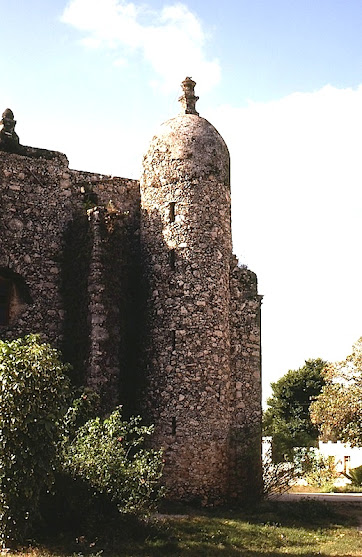 On the north side of the nave an unusual feature is the rounded
stairway tower of medieval aspect with its dome and slit
openings illuminating the caracol stairway within.
* Espita; Tixhualatún; Popolá; Cansahcab; Temax; Telchac;
text © 1984/2021 Richard D. Perry
images © the author

Posted by Richard Perry at 2:10 PM