We continue our survey of the painted churches of Puebla with a look at San Lucás Tzicatlán. 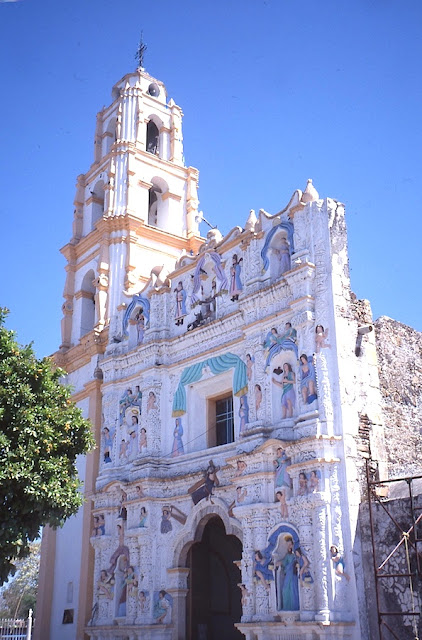 Tzicatlán is a rural village in the tierra caliente of extreme southwestern Puebla state, whose parish church of San Lucás, together with those of Jolalpan and Tlancualpican, has to be one of the most striking examples of the popular Pueblan baroque style. 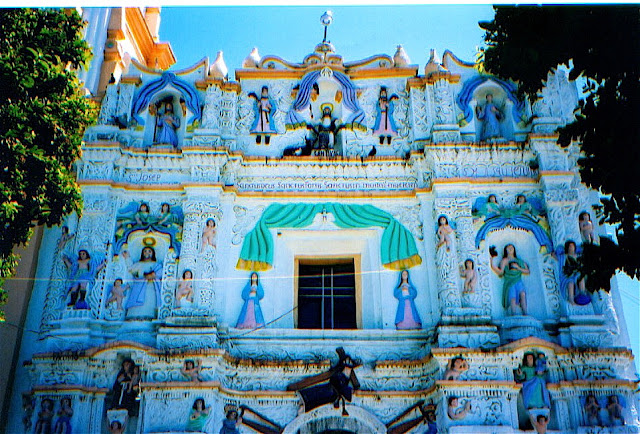 Its extraordinary retablo facade is a study in horror vacui—every inch encrusted with stucco ornament. The church front has been repainted in a palette of eye-popping colors, its numerous relief sculptures highlighted in bright hues against a backdrop of lacy white stucco.
Columns, capitals, cornices and friezes are all densely embroidered—the only appropriate word—with vines, scrollwork and floral decoration.
Saints, musical angels, cherubs and archangels proliferate across all three tiers of the facade, some ensconced in elaborately draped niches, others clinging to the columns, arrayed around the door and window openings, or emerging unexpectedly from the capitals and friezes. 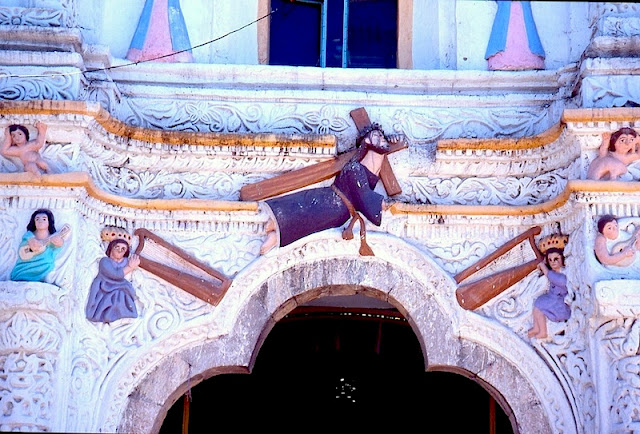 Notable among the abundant figure sculptures are Jesus the Nazarene, in flight above the entry and church patron St. Luke sitting in triumph in the uppermost niche, his ox at his feet, and flanked by martyrs on either side. 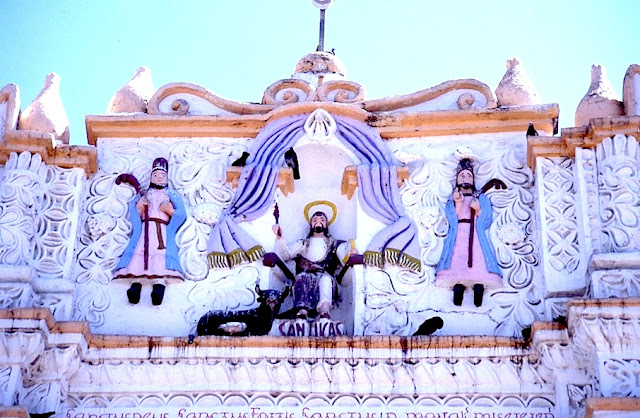 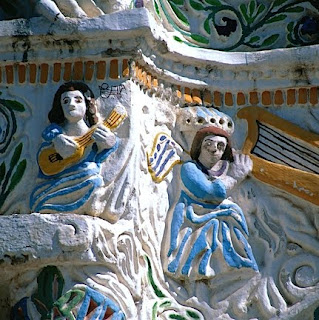 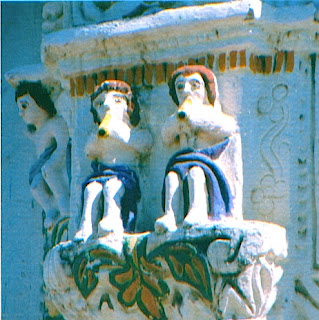 closeups of musicians © Carolyn Brown
One happy feature of the facade is the variety of folksy musicians playing instruments including flutes, guitars and, unusually, large harps.
text & pictures © 2002, 2012 and 2016  Richard D. Perry
Posted by Richard Perry at 11:38 AM