The Chapels of Metztitlan: Malila 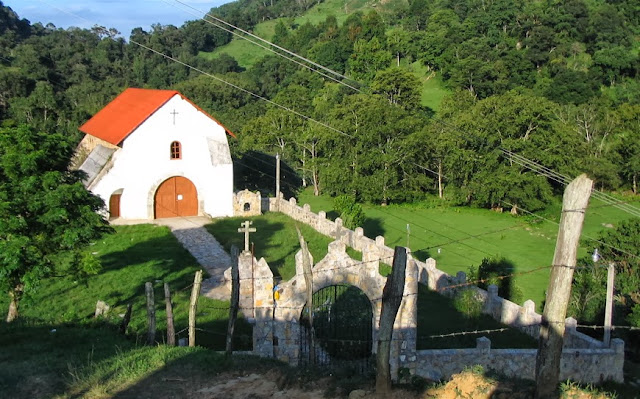 Malila
Perched on a green hillside and perfectly framed by a grassy atrium, reputedly the oldest in region, this picturesque little chapel is typically enclosed by crenellated walls and an elegant arched gateway—a virtually untouched 16th century visita in its secluded, rustic setting and with its tall cross.
Malila was founded in the mid 1500s, initially as a visita of Metztitlan although it later became a dependency of Molango. The church appears on the celebrated 1579 Metztitlan Map* 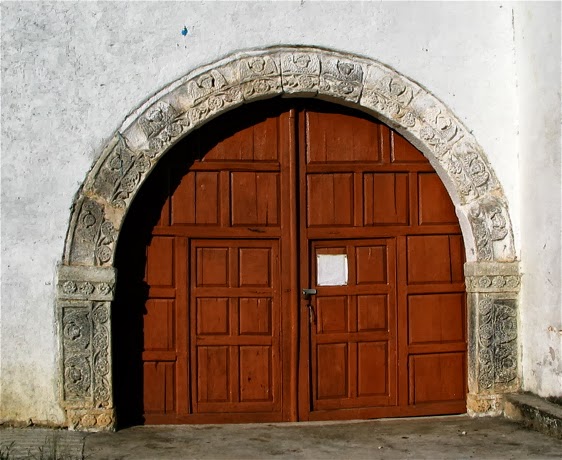 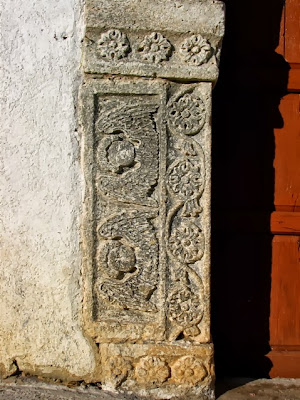 The chapel boasts a steeply pitched roof and, in common with other area visitas, a broad, arched doorway carved with winged angels and bordered with rosettes linked by serpentine vines in classic 16th century tequitqui style. 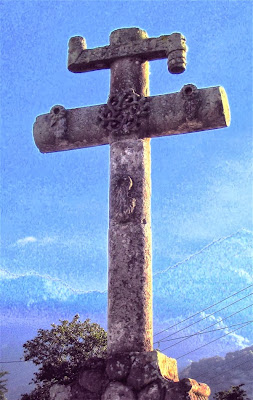 The Crosses
Cylindrical in section, the atrium cross stands on an elevated base facing the church, fashioned in the regional style established at Metztitlan.
A bold, interwoven Crown of Thorns relief projects at the crossing of the arms, which, along with the shaft, are carved with three Wounds, each inset with round holes and cascading drops of blood in high relief.
An elongated INRI plaque with exaggerated scrolls and an indistinct inscription crosses the neck. 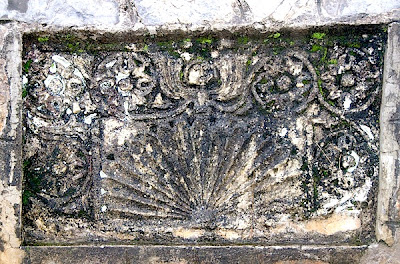 The cross sits on a large stone pedestal in the form of a scrolled capital. On one side, what appears to be a sepulcral niche has been partially blocked, while a shell relief framed by more rosette/vine motifs is outlined on the side facing the church. 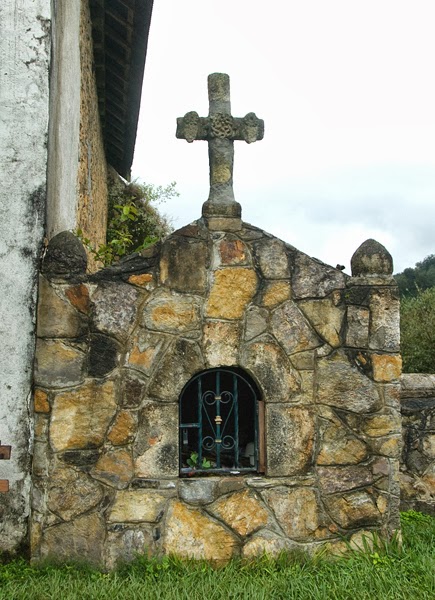 A second, smaller cross in similar style, with Crown and prominent Wounds, stands atop a small shrine beside the church.

We accept no ads. If you enjoy our posts you may support our efforts
by acquiring our guidebooks on colonial Mexico
Posted by Richard Perry at 11:35 PM