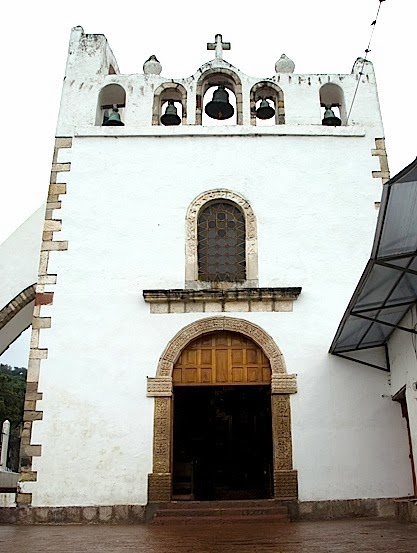 Metzquititlan
Founded by the noted Augustinian missionary and prior Fray Juan de Sevilla in 1542 and dedicated to St Augustine, the founder of the Order, the church at Metzquititlan began life as a visita of Metztitlan. 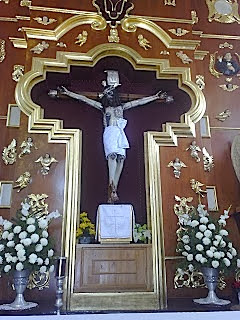 The church is linked with a miraculous image of Christ known as Nuestro Señor de La Salud—Our Lord of Health—still an object of pilgrimage in the region. 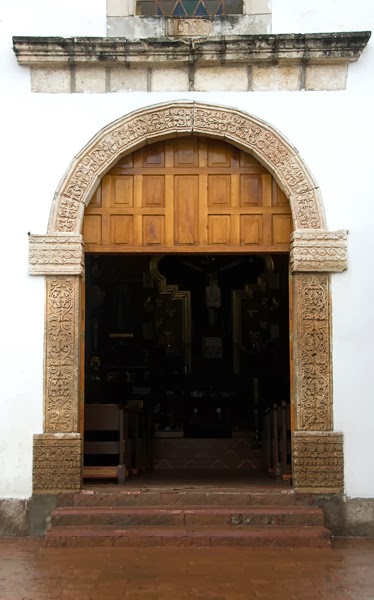 The church front follows the pattern of Metztitlan and other area churches with a rectangular front capped by a wall belfry.
The facade is otherwise plain save for the splendid carved doorway which may date from the 16th century, although a plaque beneath the choir window is dated 1675—probably commemorating a later refacing.  No alfiz is now in evidence although one may have been there in colonial times. 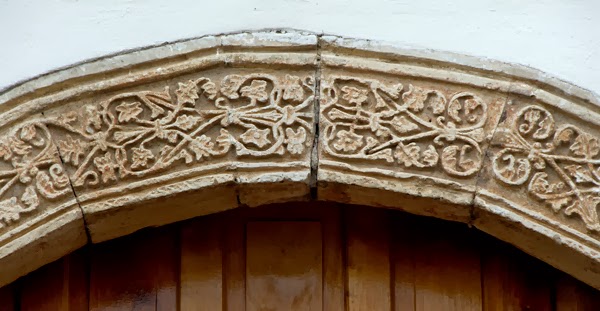 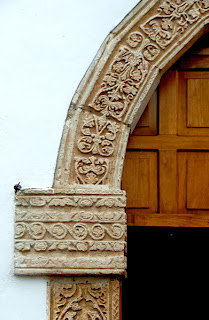 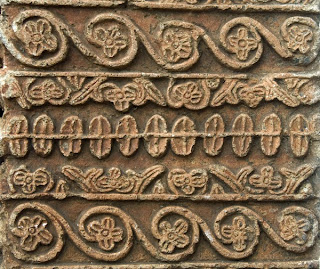 The arabesque reliefs on the jambs and around the doorway are rather more compressed and stylized than others in the area, although still based on patterned foliage. 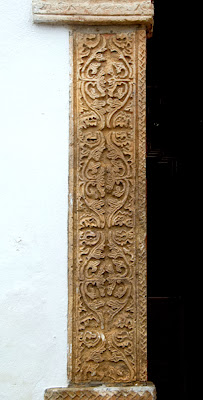 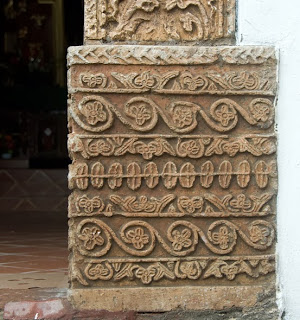 
We accept no ads. If you enjoy our posts you may support our efforts
by acquiring our guidebooks on colonial Mexico.
Posted by Richard Perry at 9:36 AM