In an earlier group of posts we surveyed the visita churches and chapels of Santos Reyes Metztitlan in the state of Hidalgo, north of Mexico City. We follow this up with a series on some other, less well known early missions of interest in the state, starting with Tutotepec. 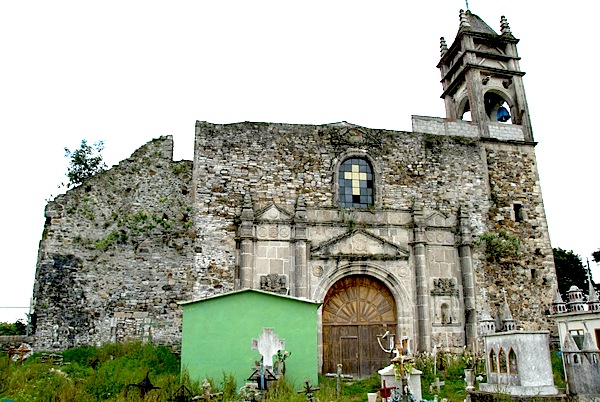 Bird Hill
Although not a dependency of Metztitlan, Tutotepec was evangelized by the pioneering Augustinian missionary Fray Alonso de Borja in the 1530s.

Located in the heart of a traditional Otomí region, the first mission of Tutotepec was also originally dedicated to the Three Kings. It was founded in the 1550s by friars from Atotonilco el Grande, and later became the principal hub for outlying Augustinian visitas in this rugged sierra region of eastern Hidalgo state and parts of adjoining Puebla.
Later dedicated to San Bartolo, the present church was built in the 1620s but suffered severe fire damage late in the colonial period and again in the mid 1800s. It has been essentially rebuilt, with a new roof and barn like interior. 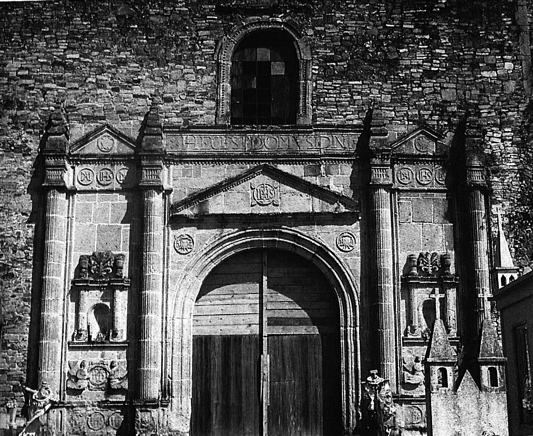 Fortunately, its elegant west entry has survived essentially unchanged. The format broadly follows the Renaissance Plateresque style traditionally associated with the Augustinians in Mexico, as derived from their flagship priories of San Miguel Acolman and Metztitlan, although here in a less ornate and more soberly classical version.

An abbreviated Latin inscription is emblazoned in Roman capitals on the frieze above the doorway:  H(A)EC EST DOMUS D(OMI)NI (This is the House of the Lord) 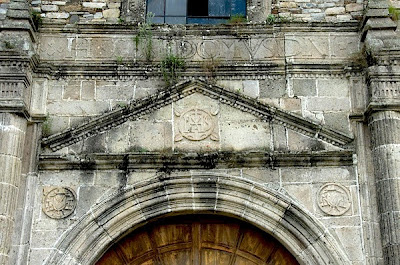 In classic Augustinian fashion too the facade is replete with relief roundels incorporating religious monograms and the Augustinian insignia, some flanked by flying angels in an archaic style. 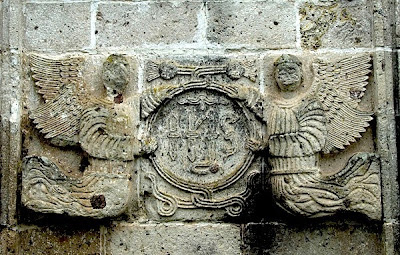 Carved stone capitals, possibly from the earlier church fabric or the missing porteria of the adjacent convento, rest in the churchyard.
The lofty nave has been stripped for restoration and the installation of a laminated metal roof.
text © 2013 Richard D. Perry.
color photography courtesy of Niccolò Brooker

We accept no ads. If you enjoy our posts you may support our efforts
by acquiring our guidebooks on colonial Mexico
Posted by Richard Perry at 1:40 PM