The Altarpieces of Yucatán: Mamá 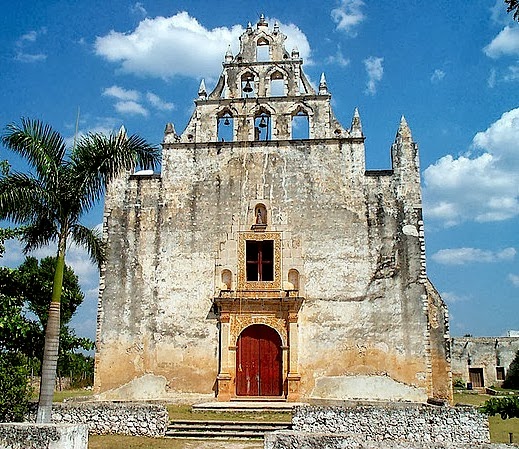 Mamá's got a brand new look !

Mamá, a small Yucatecan town of cenotes, well houses and old irrigation channels near Mani, was originally named for a Mayan water goddess, (the suffix -a signifying water.) This ancient tradition was continued in colonial times when the Franciscans dedicated their grand mission church to The Virgin of the Assumption. 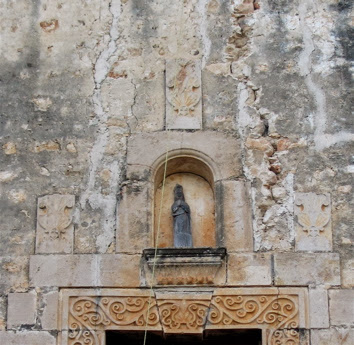 The imposing facade is finely ornamented with filigree carving that includes such Marian symbols as the sun, moon, stars and the crown of the Queen of Heaven. 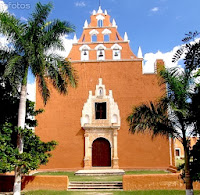 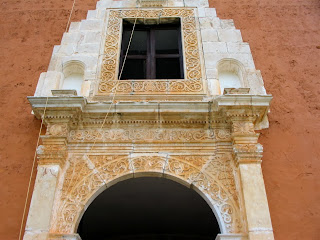 Until recently, the facade was badly cracked and in poor repair. It has now been restored and a coat of orange paint added, which has entailed the loss of its former weathered patina. 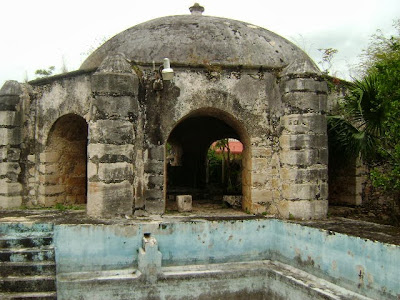 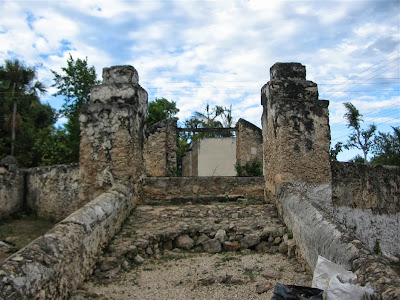 Remnants of the colonial water management system still stand, including a large well and channels outside the mission, in addition to a covered noria, or well house beside the atrium, all designed to draw and distribute water from the large cenote underlying the town and mission

The Altarpieces
Over the last decade, conservation measures* have been under way to restore the altarpieces inside the church at Mamá, the majority of which date back to the colonial era. The restoration work is now largely complete, transforming the once dowdy interior into a brilliant display of religious art works and furnishings. 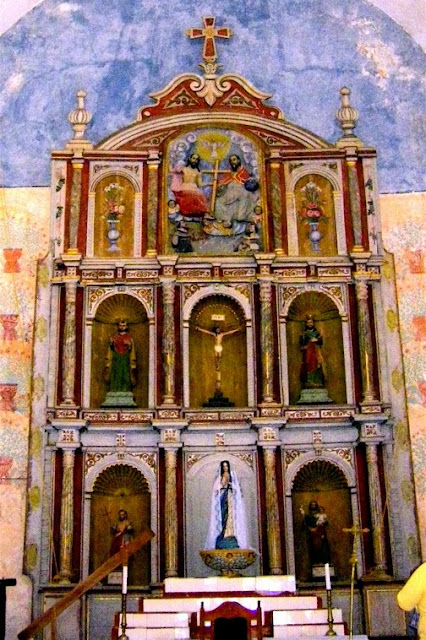 Accented in classic red, white and gold, this triple tier retablo is among the most imposing in Yucatán, although of late date.
Slender baluster columns. some fluted, some with spirals, frame elegant shell niches, which house statues of Franciscan saints. Floral urns on the later, upper level flank an expansive polychrome relief of St. Francis with the Holy Trinity.

The Side retablos
An extraordinary variety of colorful altarpieces in provincial retrobaroque styles are located in lateral niches along the nave.  Most feature spiral columns and date from the 1800s. 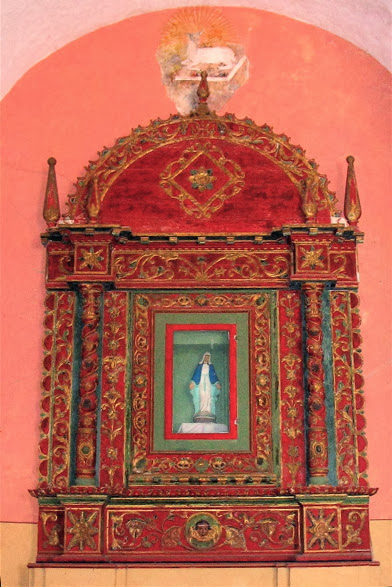 During the conservation process, several mural images were exposed, painted in lunettes above the retablos along the nave. Subsequently restored, they include, among others, a cross, a monstrance, a pierced heart and portrayals of the Lamb of God. 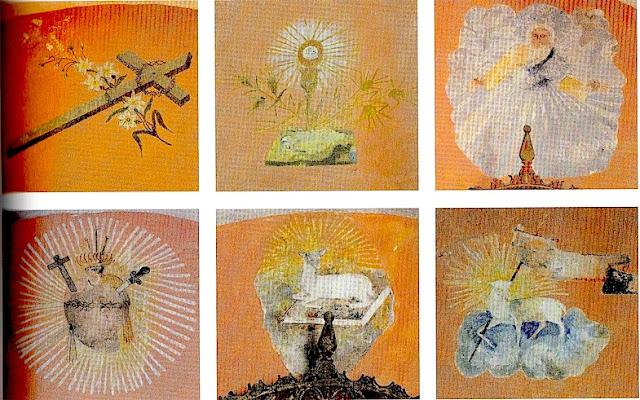 Other restored 18th century furnishings inside the church include the pulpit and a pair of painted wooden lecterns flanking the main altar. There are also newly uncovered colonial murals in the sacristy.
Text and pictures ©2009 & 2013  Richard D. Perry
*The Mamá restoration project was conducted under the auspices of INAH ;
directed by Fernando Garcés Fierros and Alfredo Barrera Rubio

For complete details on the colonial churches of Yucatan consult our guidebook MAYA MISSIONS.
Posted by Richard Perry at 2:45 PM