In the past we have run several posts on the parish church and chapels of Aculco in northern Mexico State, often with a focus on the wealth of carved stone crosses in the region. 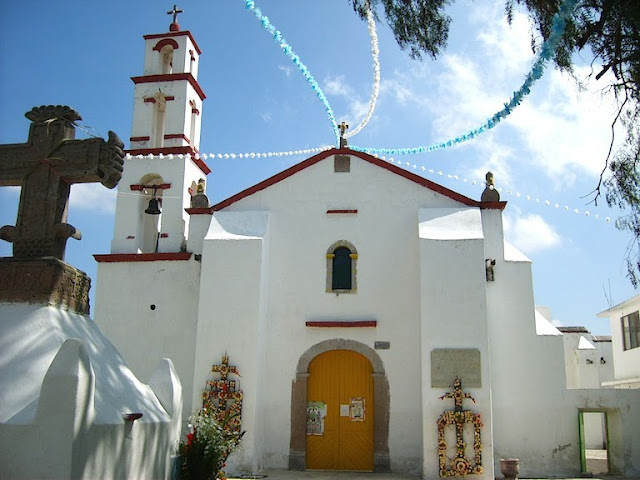 San Lucas Totolmaloya is yet another church of interest in the Aculco area, also noted for its varied stone crosses and relief carvings. 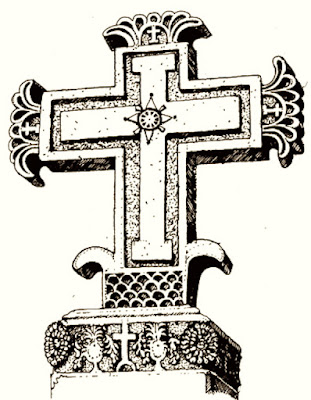 Cross One
The stubby but decorative atrium cross is mounted in front of the church, set on a pyramidal base with whitewashed corner merlons.    Probably a late colonial work or a modern copy thereof, the cross employs a simple cross-within-a-cross motif as at San Jerónimo Aculco.

A starburst is incised at the axis and tiny Calvary crosses nestle in the showy fleurs-de-lis finials that blossom from the arms and neck. Another finial sprouts at the foot, from whose "ears" the cross seems to issue.
The pedestal on which the cross sits is more densely carved, with tiny reliefs of Calvary crosses, floral urns and petaled blooms on each corner—possibly predating the cross itself. 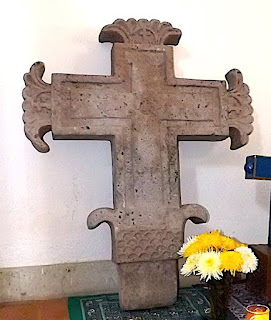 Note: the cross is currently (2016) lodged in the church while the atrium pedestal is under repairs. 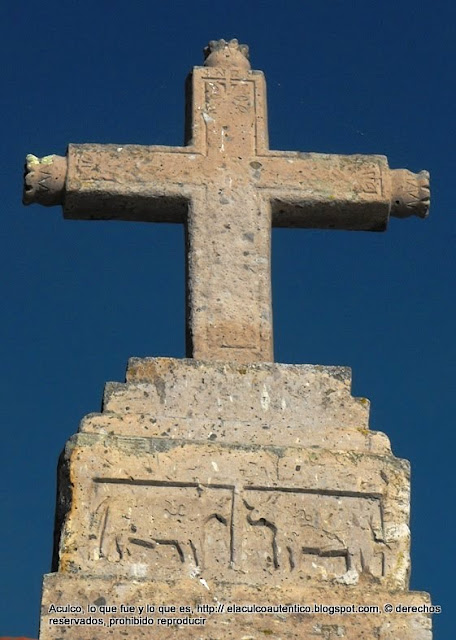 Cross Two
A second, plainer but older cross—possibly the original atrium cross or a model for the present one—is set above the atrium gateway.
Here the underlying stepped pedestal is carved on both sides with paired reliefs of facing bulls—the bull being the symbol of the patron saint, St. Luke the evangelist. 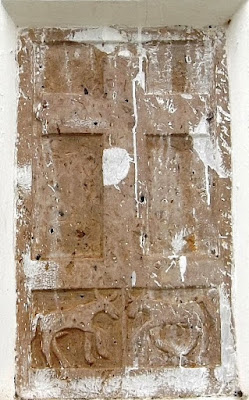 Cross Three
The third cross, in the form of a relief, is located inside the nave of the church beside the sanctuary, and also underlain by a pair of anatomically correct if skinny bullocks. 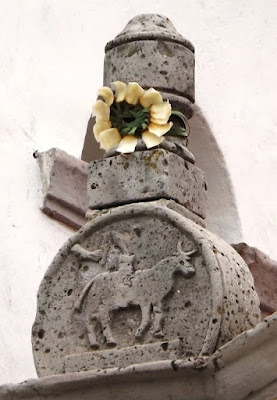 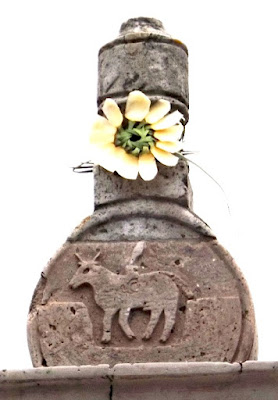 More carved bull reliefs are found on the medallions supporting the pinnacles atop the facade on either side. On their backs, both animals bear what appear to be books (or ink pots?) with projecting feathers or quills—a further reference to the Gospel of St. Luke, whose disembodied arm projects into one of the reliefs!
While the date of the bull reliefs is uncertain, they may belong to the later colonial period. 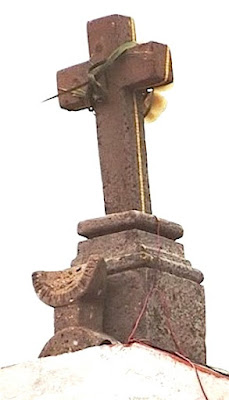 Finally, one more cross, also plain, sits atop the church gable, behind which is mounted a remnant colonial sundial.

text & graphic © 2016 Richard D. Perry.  color images by Javier Lara, by special permission
Many thanks to Javier Lara for his valuable research, commentary and images on which this post is based.
Posted by Richard Perry at 5:15 PM