The Lords of Milpa Alta

In the third of our posts on unusual reliefs, we visit the church of La Asunción in Villa Milpa Alta, south east of Mexico City 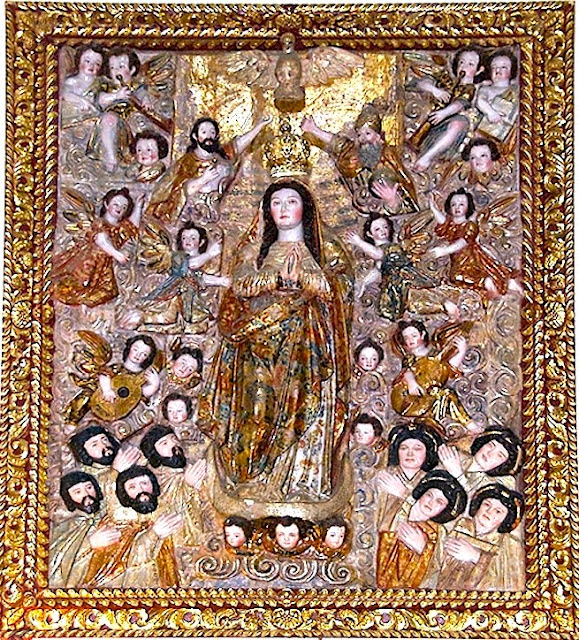 Sometime in the latter 1500s or early 1600s, a sumptuous altarpiece was commissioned for the Franciscan church of La Asunción. The centerpiece of this retablo, and all that remains of it today, is the beautifully carved and painted relief of the Virgin Mary.
Some aspects of this historic art work have been debated over the years, especially since its restoration in the 1990s. 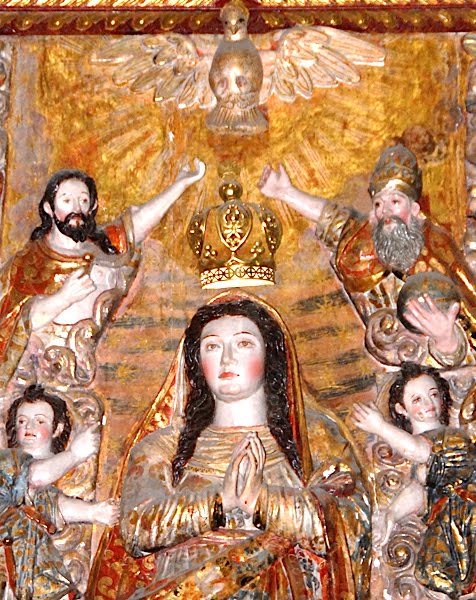 First of all, the actual subject of the relief, once thought to be The Assumption, in view of the dedication of the church, is now thought to represent the Coronation of the Virgin by the Holy Trinity. 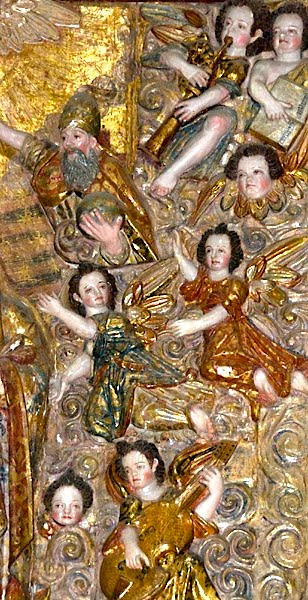 In part, this interpretation is based on the presence of musical angels singing and playing colonial instruments, horn, native flute, mandolin and viola, heralding a joyful celebration—more appropriate for a coronation than the more sober, mystical event of the Assumption. Cherubs beside the horn and flute players point to the musical scores.
However, the more interesting  debate concerns the figures beside the Virgin: four on either side, men on the left, women on the right. At one time they were assumed to be the 16th century Spanish encomenderos and their ladies. 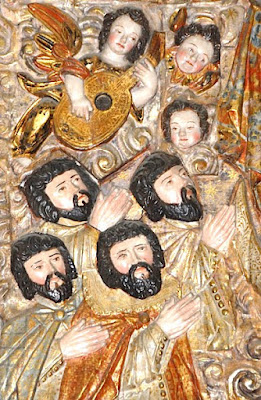 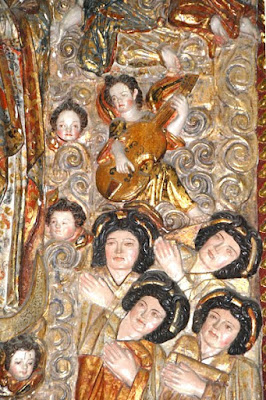 But today, based on research into communal documents from the period and given the longstanding indigenous traditions of this community, they are thought to represent the native leaders of the community, heavy black beards notwithstanding, primarily because of their clearly indigenous not Spanish dress.
The two figures in the foreground on either side with reddish gold cloaks may be assumed to be the cacique, or native lord, and his wife—quite probably the ones who actually sponsored the relief as well as the entire original retablo.