This is our final post on the colonial painter Miguel de Mendoza.
In previous pages we focused on his extant work in the Mixteca Alta region of Oaxaca. However some of his later works can be found in other locations outside this region, which we selectively review here.
As mentioned in our initial post, he learned his craft in Puebla, and it is there that several of his paintings reside, notably in the tiled barrio church of La Luz on the outskirts of the city. 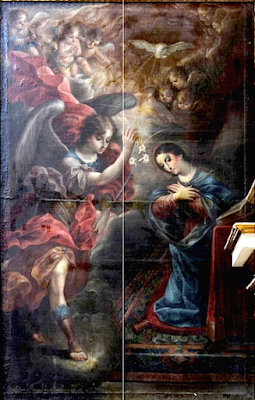 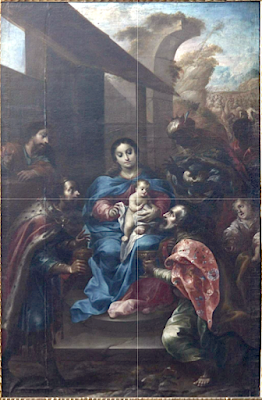 La Luz: The Annunciation; The Adoration of the Three Kings (Eduardo Limón)


A full set of paintings portraying events in the life of the Virgin Mary, formerly mounted in a single large altarpiece, are now mounted on walls in different areas of the church. The majority are signed by Mendoza and dated 1731.
These are among the most complex of Mendoza's compositions.  Richly colored in vibrant reds, blues and a range of warm earth tones, they are typical of his later style, still influenced by Cristóbal de Villalpando but foreshadowing his successor and fellow native Oaxacan Miguel Cabrera. 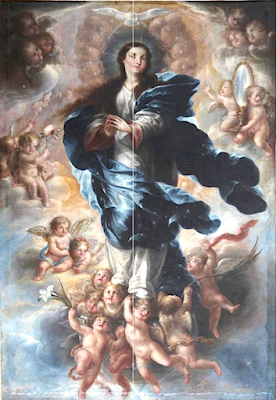 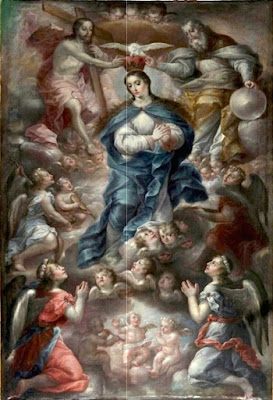 In both, we can appreciate the artist's mature style in his command of light and glowing color, and his sympathetic portrayal of a warm and intimate scene.

Posted by Richard Perry at 4:47 PM