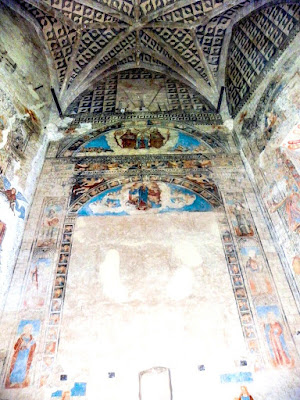 In our previous post we looked at the principal fresco of the Virgin Mary on the west facing wall of the polygonal apse at Dzidzantún (#1). Here we turn our attention to the murals that survive on the other apsidal walls: 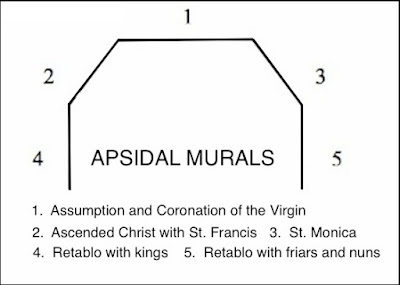 The Lateral Murals
The two more complete murals appear on the flared sides of the apse and serve in part to frame the apsidal windows.
Although slimmer and less well preserved,  both follow the "retablo" style format of the principal fresco (#1)  deploying the same broad range of bright colors with the addition of shades of green. The narrative center panels are framed with triple striped, painted pilasters. 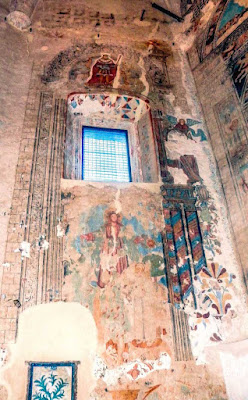 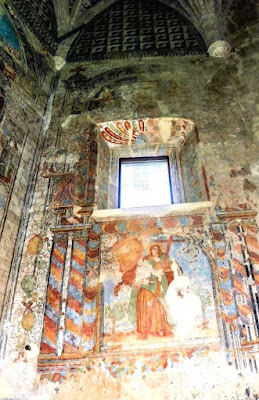 On the north side, (#2) the panel depicts the Ascended Christ with St. Francis, and on the south (#3) a portrait of St. Helen embracing a large cross.

The “Cut off” Murals
When the nave was shortened in the late 1500s, two other facing apsidal murals were cut in half vertically by a new east wall. 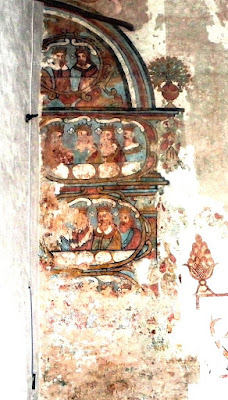 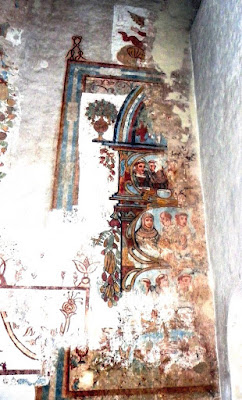 Remnants of both frescoes have survived, taking the form of painted wall retablos which feature inscribed portraits of kings and other notables on the north wall (#4) and of Franciscan friars and nuns on the south side (#5).  Further interpretation of the themes of these murals is needed. 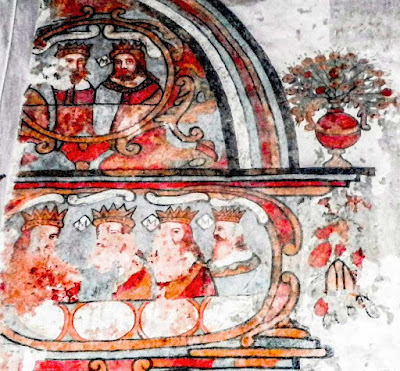 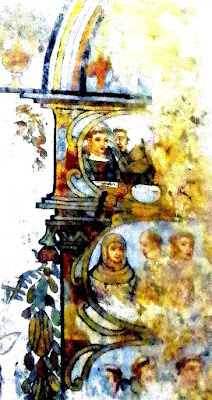 Planning to visit Yucatán?  Take our guidebooks along
Posted by Richard Perry at 3:52 PM