This, the third and last in our series on the Dzidzantún murals, focuses on the cloister. 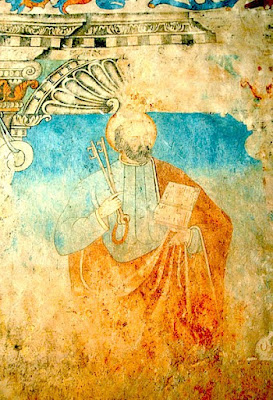 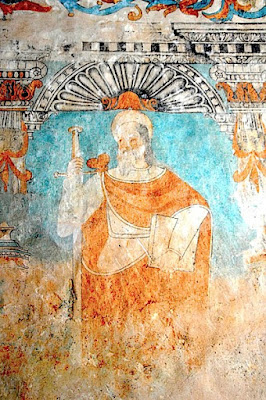 Two murals by the entry from the church portray saints Peter and Paul in orange robes against an azure background framed by painted Plateresque niches. 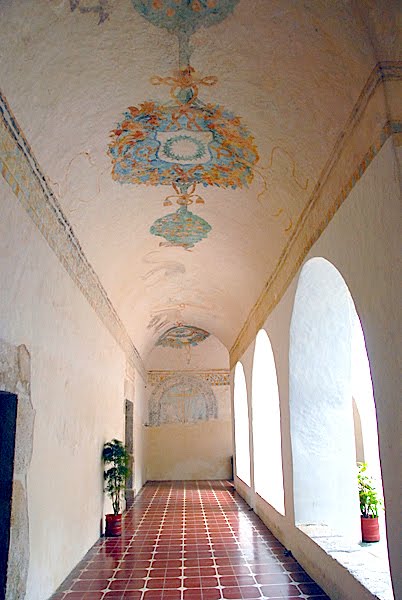 In contrast to the painted apse of the church, most of the cloister walls at Dzidzantún are now bare, aside from several intriguing ceiling motifs and colorful friezes fringed by the Franciscan cord. 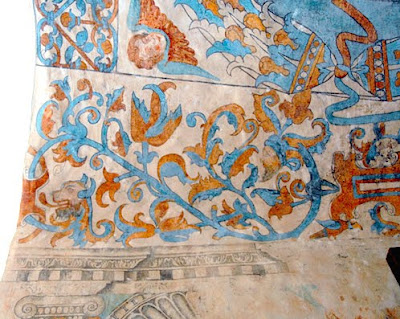 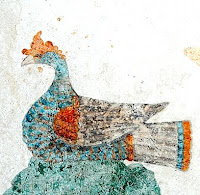 Swirling vines with bird, animal and angel heads employ the customary red and blue hues, with added turquoise and orange tones.
The most intriguing of the ceiling motifs is that of an apparent jaguar hunt, in which the tethered feline is attacked by hunting dogs—to our knowledge a unique portrayal in early mural art. 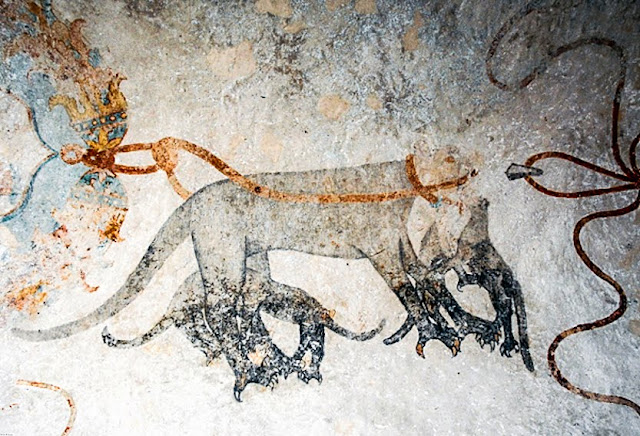 Apart from the friezes, an extraordinary group of painted Calvary crosses adorn the corner spaces, framed by decorative, foliated archways and painted in faded blue and orange tones.
Like the partial mural in the apse, each cross is accompanied by the Arma Christi, although here portrayed in a variety of combinations, colors and detail. 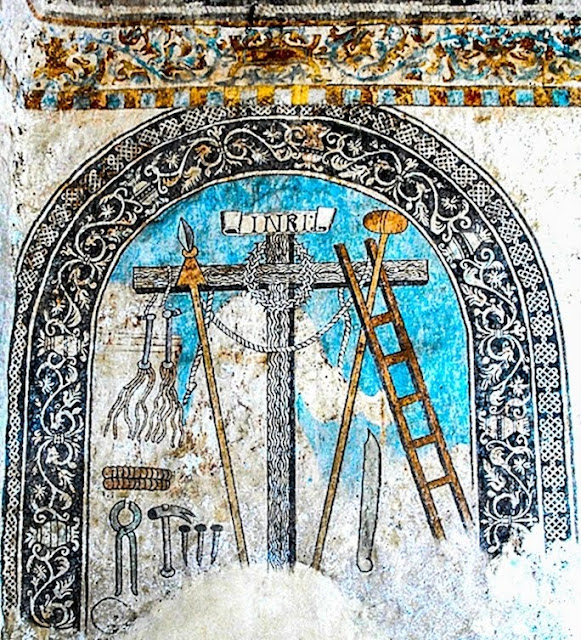 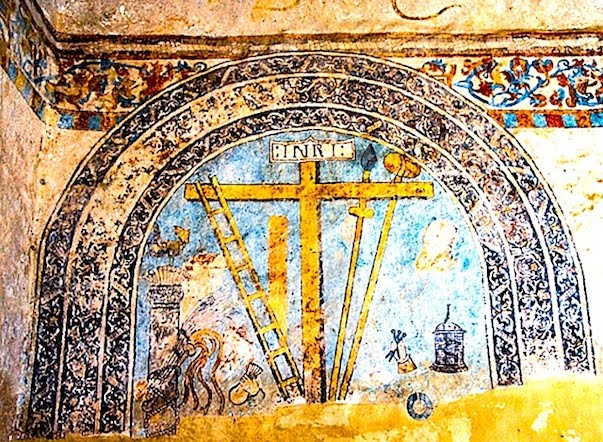 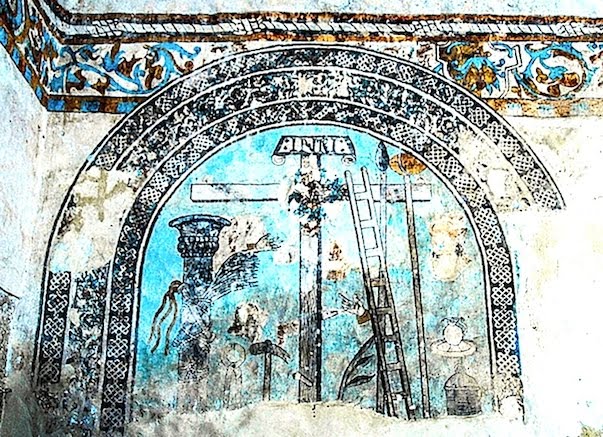 Planning to visit Yucatán?  Take our guidebooks along
Posted by Richard Perry at 1:01 PM