We continue our year end series on Yucatán with three posts on the recently restored murals inside the major church and convento of Dzidzantún in northern Yucatán. 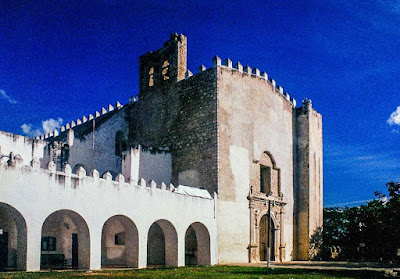 Founded in 1553, Santa Ana Dzidzantún, "Precious Gleaming Stone", was the last and grandest of the great early Franciscan monasteries in Yucatán.
Dedicated in 1557, the vast edifice rose rapidly and was vaulted by 1580. The scale of the fortress church is almost excessive, the largest 16th century church in the peninsula. Its prodigious nave—250 feet from the apse to the west door—proved to be too long, too high and too dark. The stone vault was daringly lofty and wide, and was soon considered unsafe; the nave was thus shortened and the apse closed off—a significant factor in the preservation of the murals.
Fortunately too, the apse, covered by a handsome ribbed vault, survived the later collapse of much of the nave roof—another critical factor in the survival of the murals. 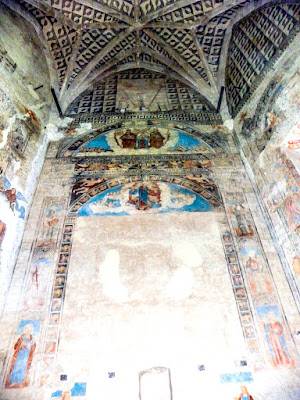 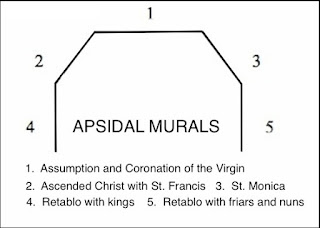 The Apsidal Murals
By far the largest remnant frescoes are located in the polygonal apse—an ambitious mural program which covered all five walls of the apse and originally extended into the present nave.
Recently more fully exposed, although not yet completely restored, they offer a relatively uncontaminated view into their original condition. Although not precisely dated, they are late 16th century, probably painted in the 1590s. (Restoration of the murals is ongoing under the aegis of the private agency Adopte una Obra de Arte.) 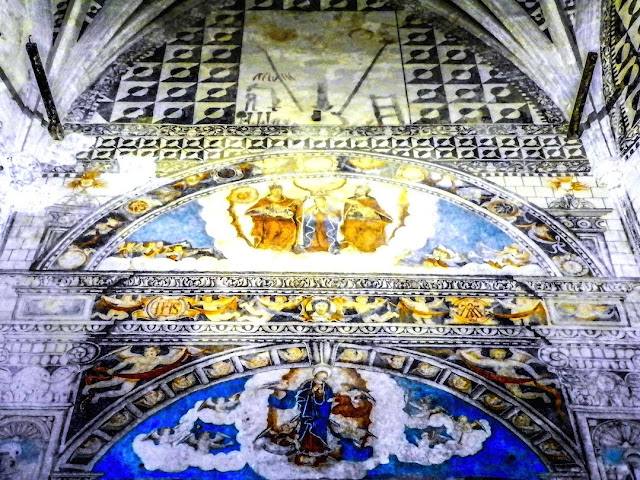 In this post we focus on the principal fresco (#1) covering the west facing wall of the apse, which portrays events in the life of the Virgin Mary.
Extending from the floor into the vault, the retablo style mural takes the form of a giant triumphal arch, capped with a rounded pediment and flanked by painted niches of saints. While the central image or images of the composition have been erased, many of the upper and surrounding pictorial elements have survived. 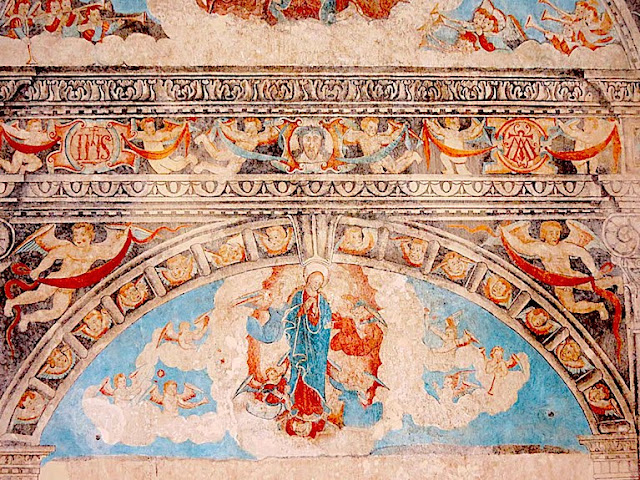 Just below the main arch is depicted the Assumption of the Virgin, framed by clouds and disporting angels bearing trumpets and roses, and colored in still bright hues of red and blue.
The surrounding archivolt and pilasters of the archway and the lintel above feature images of the sun, moon, putti, as well as christic and marian monograms, together with floral motifs. 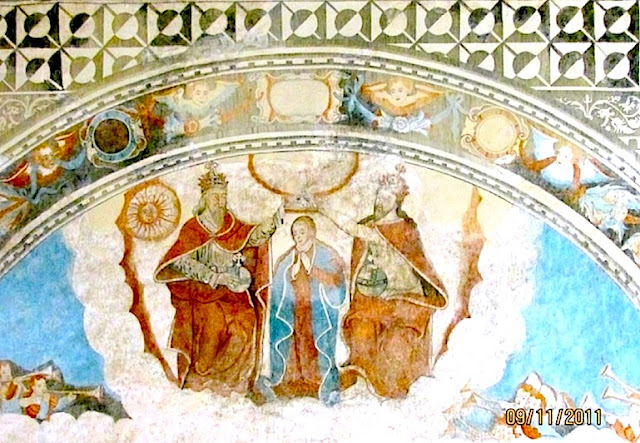 The best preserved section, in the tympanum above, presents the Coronation of the Virgin by the Holy Trinity, again surrounded by clouds and angels, some playing musical instruments, and again portrayed in red, blue and orange tones. 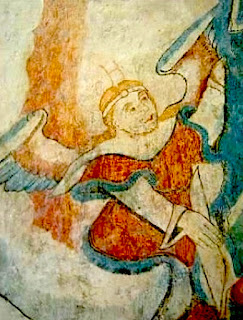 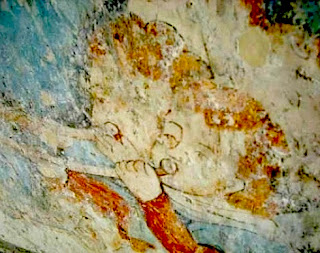 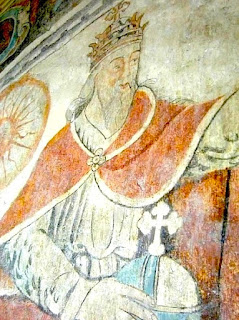 The imposing figure of God the Father is among the best preserved elements, demonstrating the exceptional graphic quality of the mural.
We describe the other Dzidzantún murals in posts that follow.

Planning to visit Yucatán?  Take our guidebooks along
Posted by Richard Perry at 2:34 PM