This is the first of three * posts on the early Franciscan monastery of Asunción Tecamachalco, in Puebla, noted for its variety of outstanding colonial artworks, many with a powerful indigenous flavor, including the Eagle Warrior relief on the facade that we described previously.
Our first post looks at some of the architectural and sculptural highlights of the church and convento. 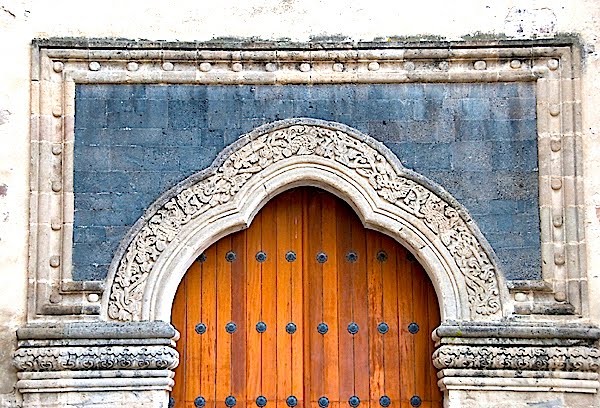 One of the less well known features at Tecamachalco is the sculpted north doorway, or portiuncula, a classic example of early Franciscan architectural sculpture and ornament.

As with many other early Franciscan doorways, broad jambs are bracketed by carved bases and capitals, in this case friezes of densely folded foliage.
Like the main west entry, the upper doorway is framed by a moorish style alfiz, boldly but simply outlined by an enclosed beaded molding. 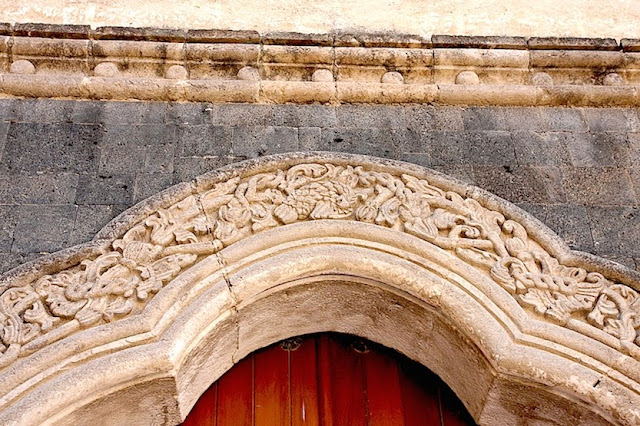 Like various other openings in the church and adjacent convento (below), the undulating, lobed arch of the doorway is also derived from Islamic ornament, here enriched by a complex but harmoniously composed frieze of native foliage entwined with eagles, exquisitely sculpted in the classic 16th century tequitqui manner. 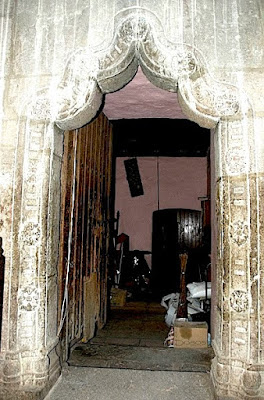 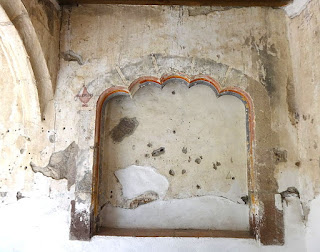 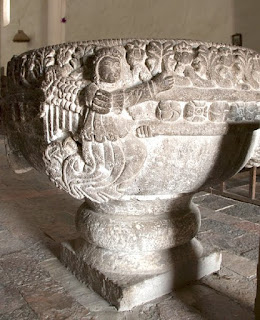 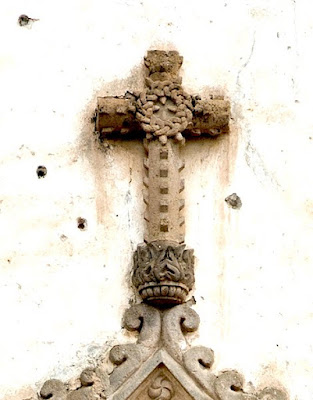 Other examples of high quality stone work at Tecamachalco include the original baptismal font, carved with hovering angels in high relief, and the tree cross mounted on the facade above the choir window.


* Note: our second Tecamachalco post, on the Gerson murals, will appear as the inaugural entry on our new blog.
text © 2016 Richard D. Perry.
images by the author, and courtesy of Beverley Spears and Niccolò Brooker
Posted by Richard Perry at 11:14 AM