The Churches of Quecholac: San Diego 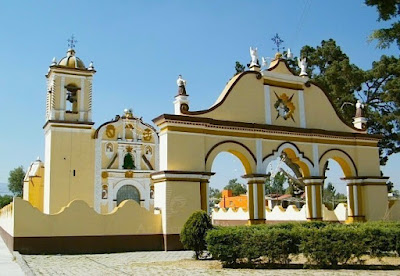 The second folk baroque church is that of San Diego, originally part of an Augustinian foundation in Quecholac.

Like San Simón, San Diego is fronted by a large walled atrium accessed through a large, arcaded gateway, whose curved baroque pediment is punctuated by statues of saints and angels in popular style. 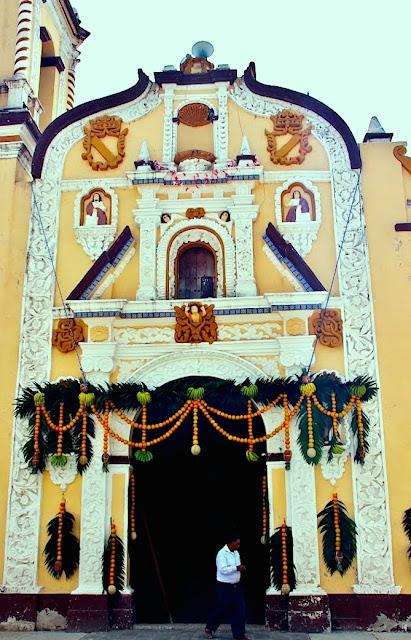 Although less brilliantly colored than San Simón, the facade is also divided by decorative pilasters and framed by bands of foliated relief. 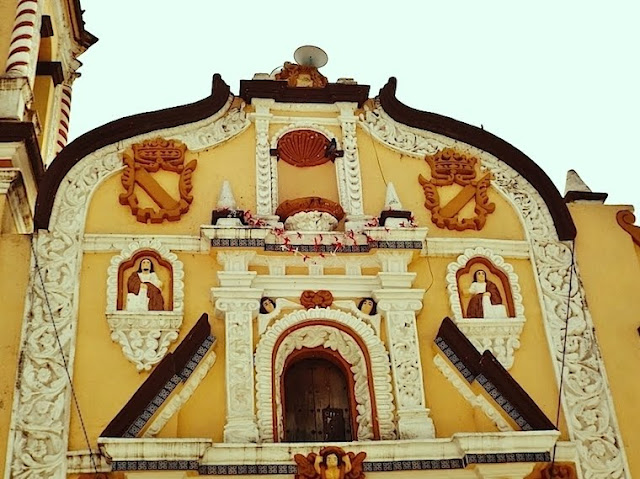 Ornamental features include folkloric saints, angels and outsize coats of arms outlined in red for emphasis. 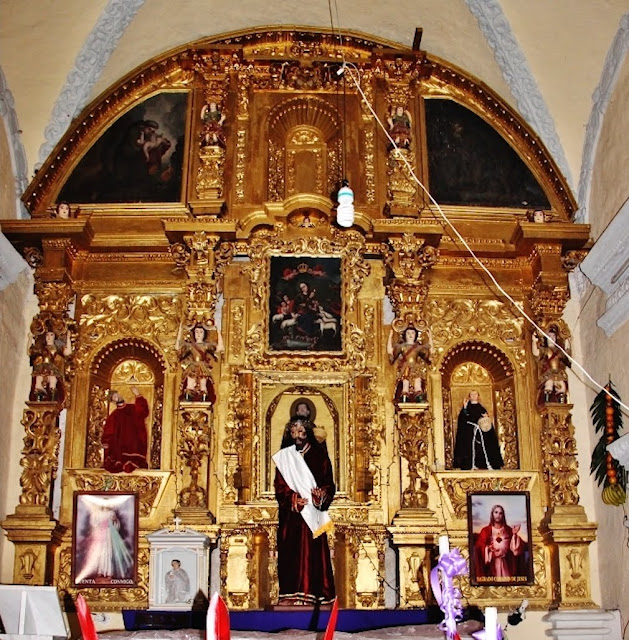 The church interior is especially rich in late colonial furnishings, notably gilded altarpieces in various baroque styles and conditions. The retablo mayor is especially handsome, framed by ornate estípite pilasters incorporating sculpted, polychrome figures of archangels.
Other folkloric items of note include a relief of St. Francis in the ceiling above the main retablo and a jaunty mural of St. Christopher above the north entry. 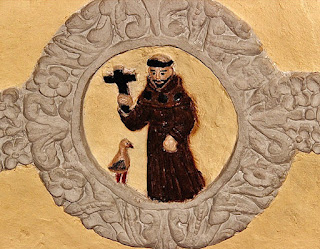 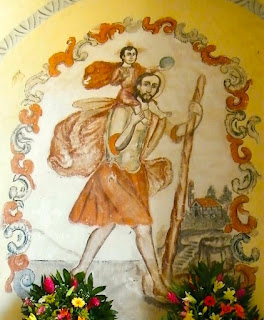 Posted by Richard Perry at 9:58 AM