In our survey of the Silver Chapels, we have seen that however dispersed, their buildings and art treasures have for the most part been preserved and maintained, enhancing the reputation of Guanajuato as a diligent conserver of its colonial heritage.
Alas, in our consideration of the last of the Silver Chapels in this series, the 18th century Temple of Mellado complex has not fared so well, its architecture and surviving art currently in a state of neglect and decay.
In 1752, by royal assent, the Mercedarian Order established a hospice/convento in wealthy Guanajuato to solicit alms from the mine workers among others for the ransom of Christian captives in North Africa. The Mellado mine owners, Los Marqueses de San Clemente, offered the friars the use of an existing chapel beside their mine. 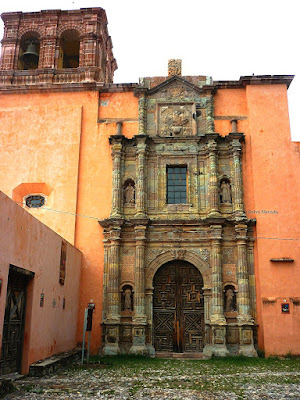 A convento and cloister were added to the chapel, which was radically expanded in the late 1700s and dedicated to the patron of the Order, The Virgin of Mercy (Nuestra Señora de las Mercedes)
By the early 1800s the mine had played out and was abandoned, its workers mostly dispersed. After Independence, which had a disastrous effect on the wealth of Guanajuato along with the fortunes of the Mercedarians, the temple complex declined further and by the 1860s was abandoned. 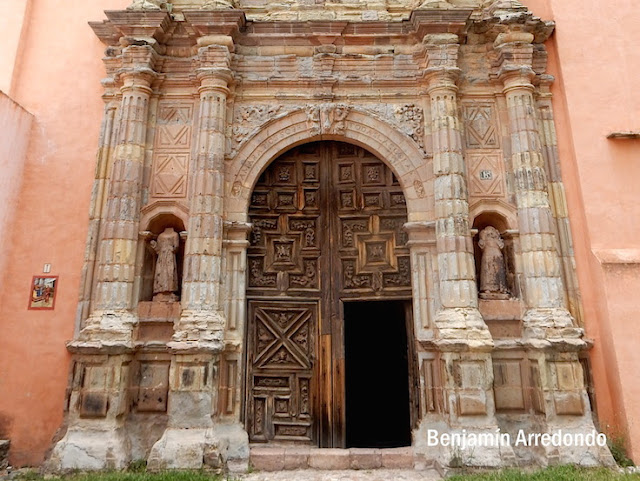 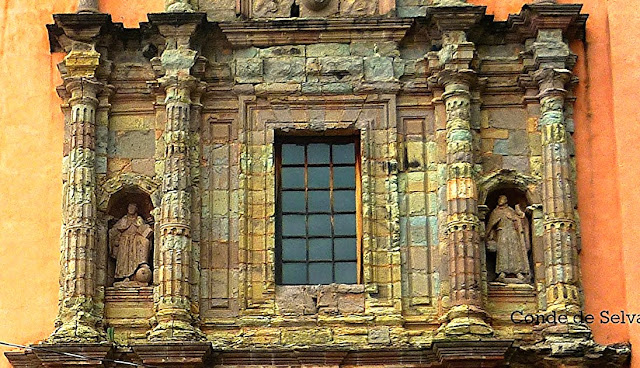 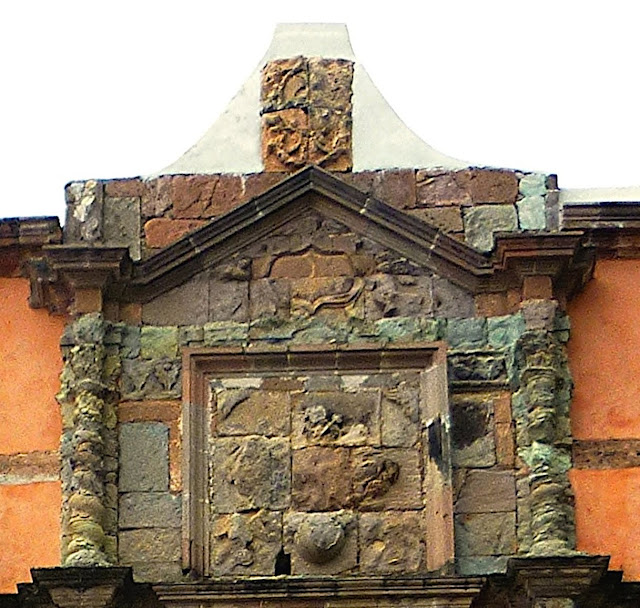 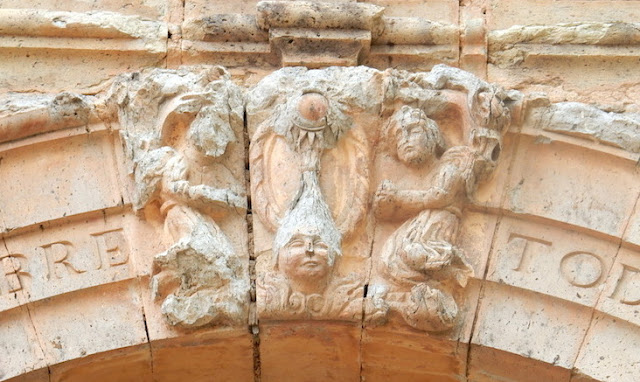 Above the doorway is a legend from the gospel of Mark (12:30): Amar a Dios sobre todas las cosas — Love God above all things.
In the 1700s a handsome pipe organ was installed (still playable) and the new Temple, as well as the adjacent chapel dedicated to San Gonzalo de Amarante, was the scene of popular musical concerts and festivals. 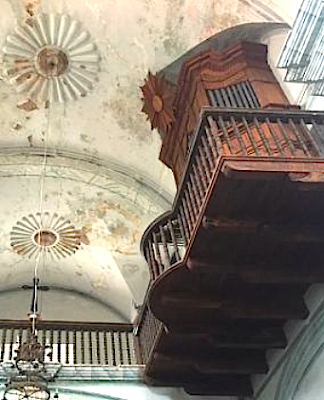 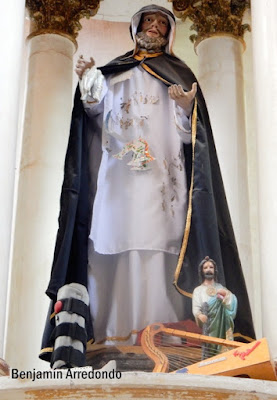 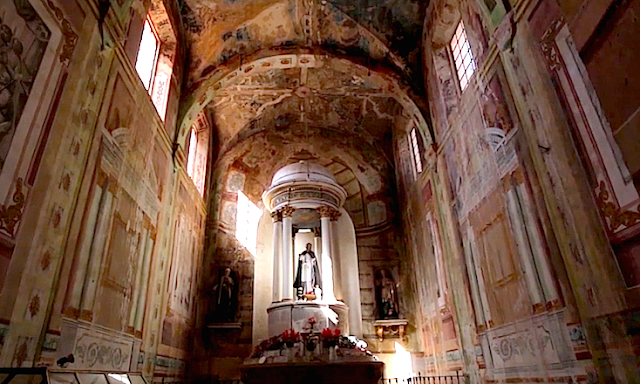 The chapel of San Gonzalo (El Bailador) is dedicated to the Portuguese Dominican, a patron of colonial popular dance, and predates the main Templo.  However, it is currently in very poor condition, its painted walls and cracked vaults streaked and discolored by longstanding roof leaks. 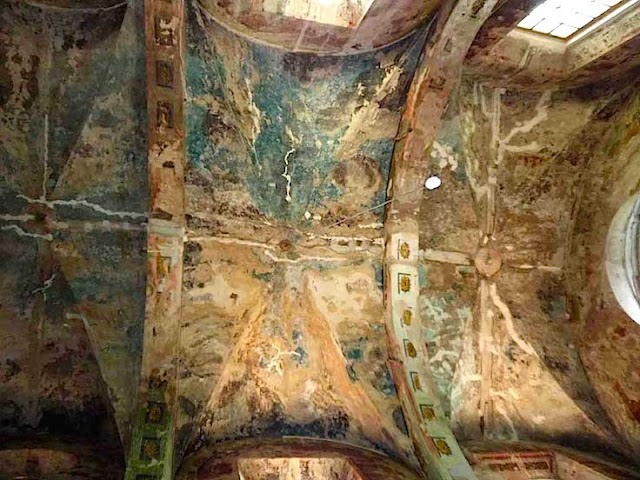 Much of the convento too is in ruins. A fine lobed doorway from the church opens to the single remaining corridor of the cloister, still lined with traces of faded murals. 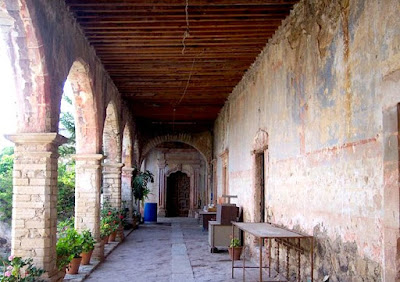 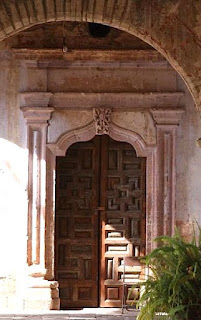