A Bagpiper at the Nativity

In an earlier post on the main altarpiece at Cuauhtinchan, we mentioned an 18th century painted panel by Cristóbal de Villalpando illustrating the Adoration of the Shepherds.
This scene featured a bagpiper, a rare portrayal in Mexican colonial art, the only other example being a 16th century mural at Ixmiquilpan.
This depiction, with no biblical reference, appears to have sprung from folk traditions in southern Italy—traditions still observed in the region, where piping shepherds (Zampognari) perform in Christmas festivities and displays.
This tradition first made its appearance in late medieval and Renaissance Italian and Flemish art, in paintings and prints by such eminent artists as Hieronymous Bosch, Jacobo Bassano, Domenichino, Simon de Chalons, and Albrecht Dürer. 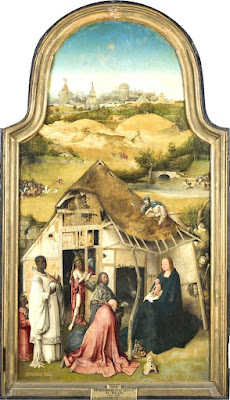 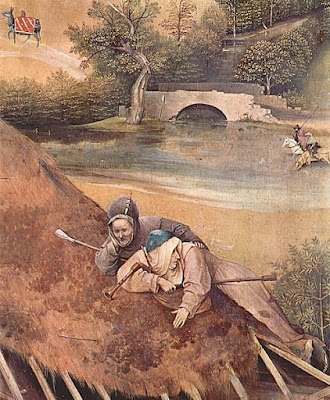 Hieronymous Bosch, The Nativity (c.1495)  with piping shepherdess on the roof 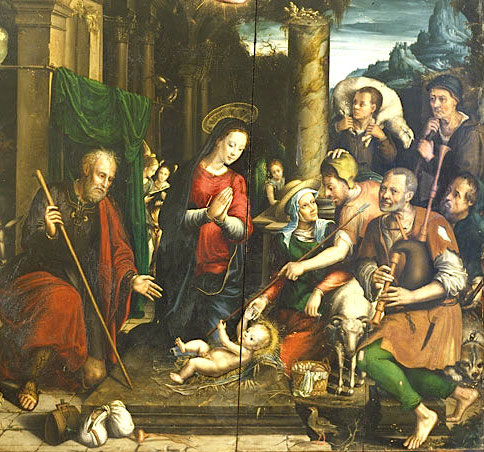 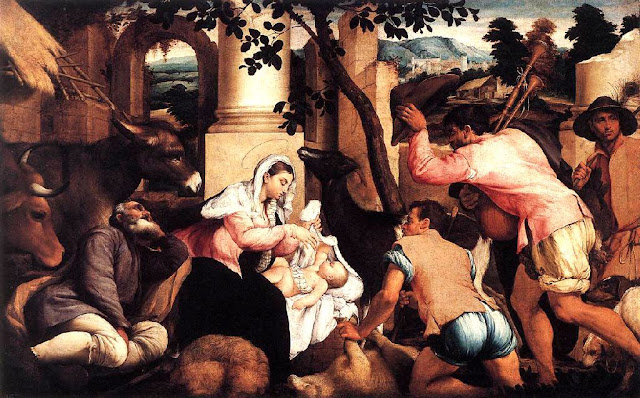 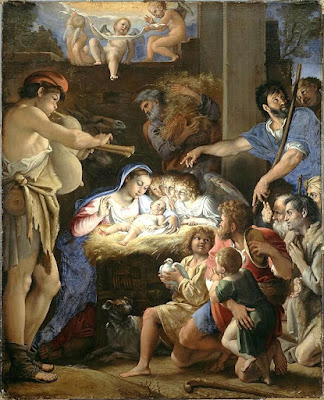 Domenichino, The Adoration of the Shepherds (c 1610) 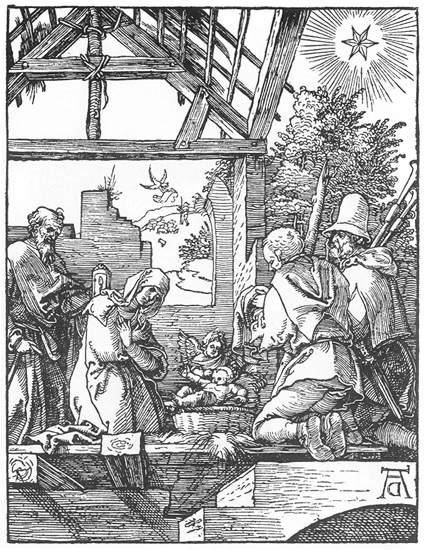