For the second in our series on northern Mexican altarpieces of note we go to the resort town of Parras de la Fuente, in the border state of Coahuila.
Among the eclectic variety of altarpieces in the church of Guadalupe there, apart from the retablo of Guadalupe itself which boasts an eponymous painting by the noted 18th century artist Antonio de Torres (a specialist in Guadalupe portraits) the most interesting may be the retablo of the Seven Archangels. 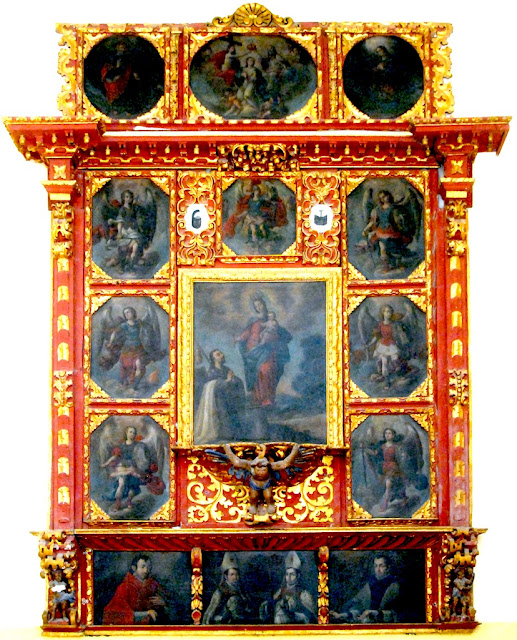 Probably dating from the mid 1700s, the red and gilt retablo is fashioned in a provincial baroque style, enlivened by sculpted figures of angels. 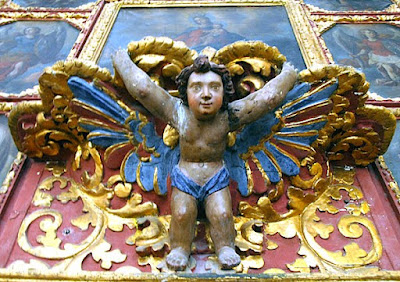 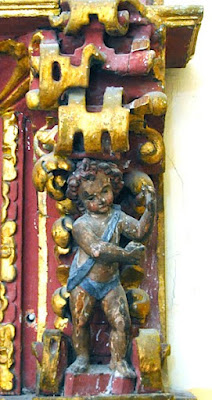 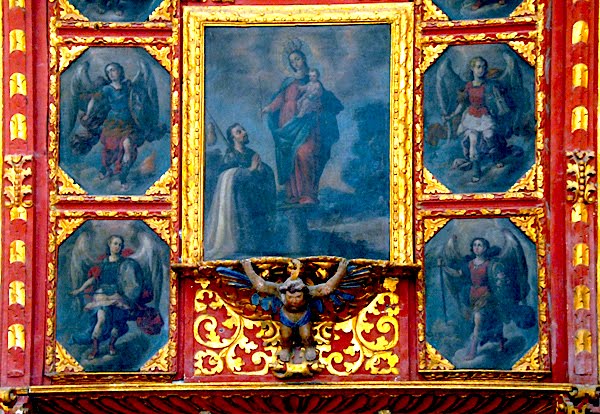 The center painting portrays the Virgin of Pilar in a vision of St. James the Apostle (who is shown beside her), while the Coronation of the Virgin dominates the gable tier. 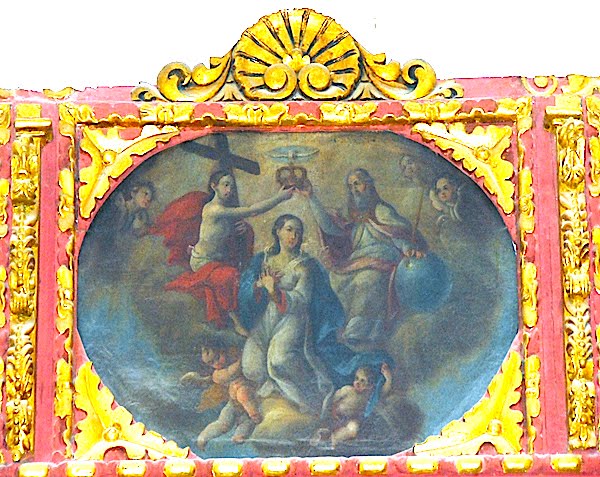 Sinuous, painted portraits of the archangels on either side probably date from the same period.

However, it is the intriguing predella portraits along the base that amplify the historic significance of this retablo. Like the Virgin of Pilar, all four of the saints/dignitaries portrayed here are closely associated with the city of Zaragoza, in central Spain. 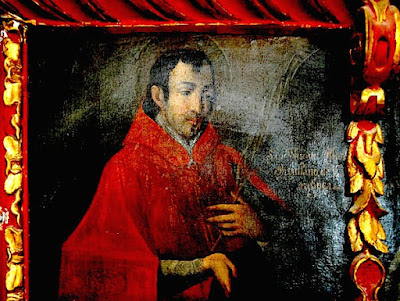 From left to right these are Saint Vincent of Zaragoza, the Protomartyr of Spain, a deacon of the cathedral of Saragossa (La Seo). He was martyred under the Emperor Diocletian in Valencia around the year 304, and is the patron saint of Valencia and Lisbon. 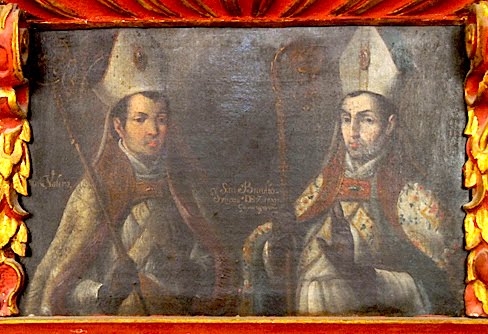 The two bishops in the center panel are first, Saint Valerian, the patron saint of Zaragoza. Valerian was bishop of Zaragoza from 290 until 315. Both Valerius and Vincent suffered imprisonment under Diocletian. While Vincent was martyred, Valerian was just exiled. 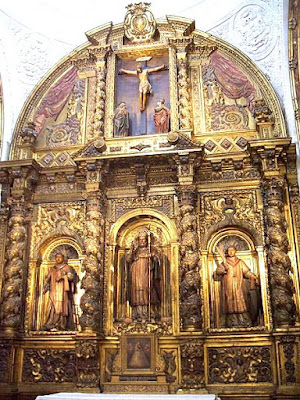 Valerian's relics were rediscovered around 1050, and a chapel dedicated to him can be found in La Seo, where a baroque retablo from the seventeenth century includes statues of the bishop/saint as well as Vincent, and St Lawrence.
Beside him is Saint Braulio (590 – 651 AD) a prominent bishop of Zaragoza under the Visigoths and an advisor and confidante of several Visigothic kings. He is buried in what is now the church of Nuestra Señora del Pilar in Zaragoza. 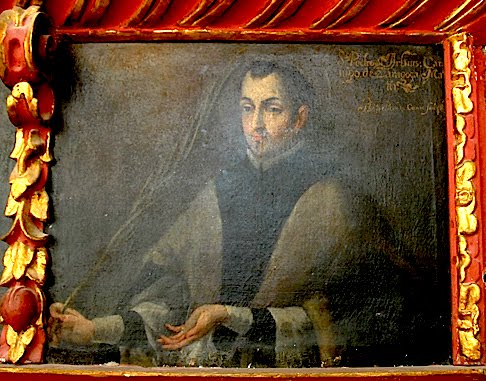 On the right is Fray Pedro de Arbués, a combative 15th century inquisitor in the region, who was assassinated in the cathedral and thus martyred—a cause celebre at the time, blamed on aggrieved conversos whom he was persecuting.

Altarpieces dedicated to the Virgin of Pilar are uncommon in Mexico. In this instance no local connection is documented. (Although the state is now known as Coahuila de Zaragoza, it is named after a 19th century Mexican general, and Parras was founded by Basques with no known link to Zaragoza in Spain.)
There is a local tradition that the retablo came from Spain, which seems unlikely, although it is conceivable that the predella portraits may have been imported and incorporated in the retablo.
text © 2018 Richard D. Perry
color photography by Niccolò Brooker, who brought this altarpiece to our attention. Thank you Niccolò
Posted by Richard Perry at 12:05 PM