As recorded by Motolinia, in 1527 Axotecatl, ruler of Altihuetzia and one of the Four Lords of Tlaxcala, sent his three sons to be catechized at the monastery of San Francisco. On their return the boys set about zealously smashing idols and reproached their father for his polygamy and excessive drinking. Enraged, Azotechatl beat and burned to death his eldest son Cristóbal. The other two boys fled but continued their preaching and iconoclastic ways until they too suffered martyr's deaths.
The parish church of Santa Maria Atlihuetzia is a shrine to the memory of Los Ninos Martires, as the boys are known in the pantheon of the Mexican church; their fate is recorded in a pair of dramatic, late colonial paintings with Nahuat speech inscriptions. 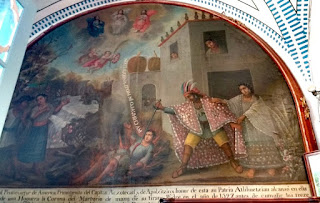 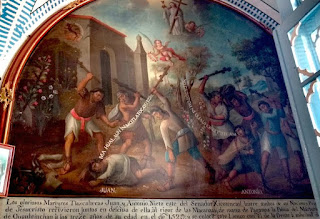 Our focus in this post, however, is on a select group of baroque altarpieces in the nave: the retablo mayor and three side altars. 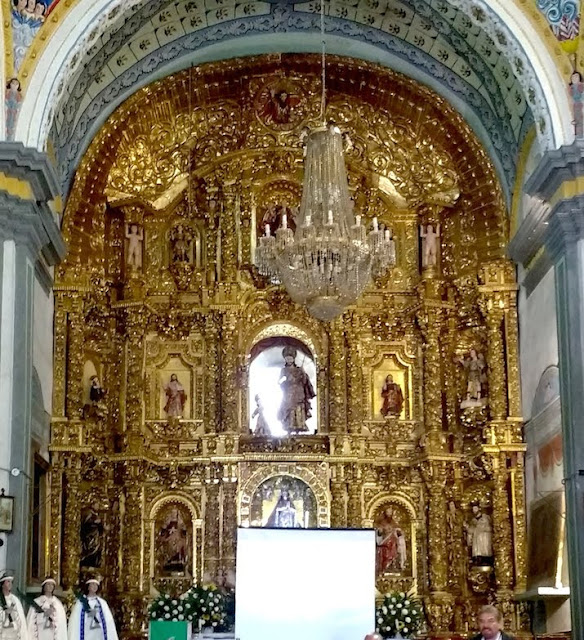 This vast gilded main altarpiece, which fills the apse of the church, is framed in a highly ornate 18th century Solomonic style. Its complex spiral columns are wreathed in golden foliage and capped by jutting cornices like those we saw at Tepeyanco. 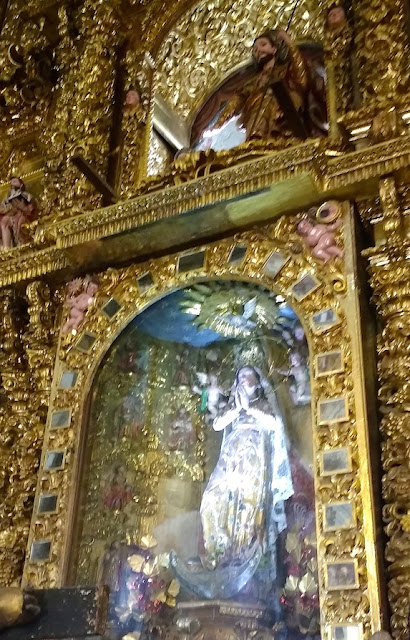 The retablo preserved much of its fine original statuary including, in the center niches, St. Joseph, St. Michael and a figure of the Virgin Mary reputedly imported from the Philippines. 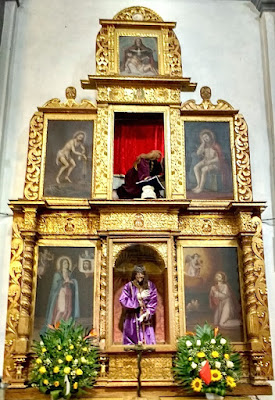 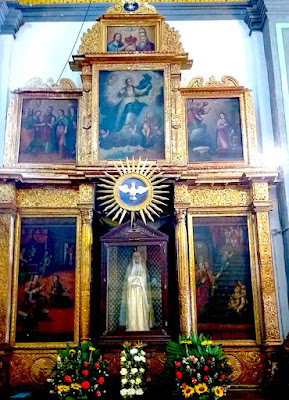 retablos of The Nazarene (l) and The Assumption of the Virgin (r)
Two other gilded side retablos, framed in more modest provincial manner feature cycles of colonial paintings in attractive popular style. 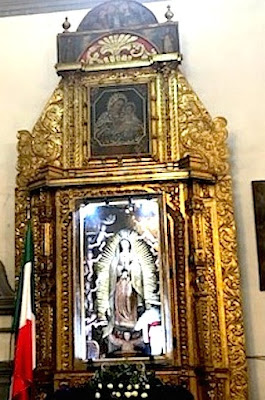 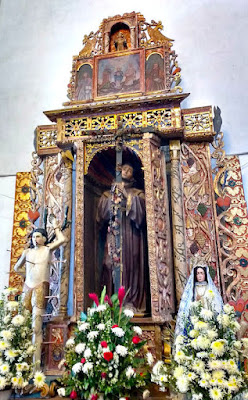 Among the smaller lateral altars those of Guadalupe and San Diego de Alcalá (above) stand out. 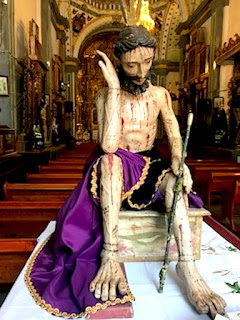