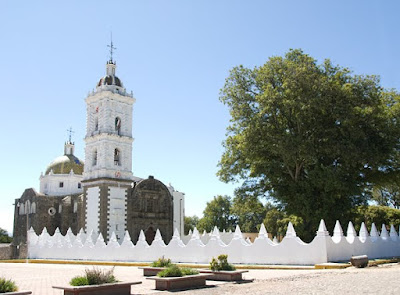 The church sits in a spacious atrium surrounded by a scalloped wall capped with conical merlons. 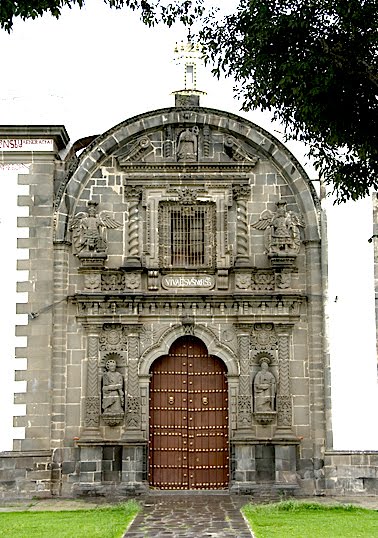 The facade is sculpted from the locally quarried stone known as cantera de Xaltocan and displays statues of archangels and the Saints Peter and Paul in shell niches between decorative zigzag columns on either side of the trefoil west entry. 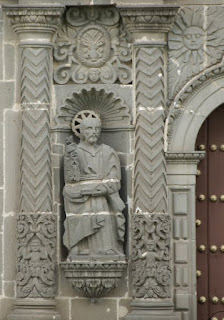 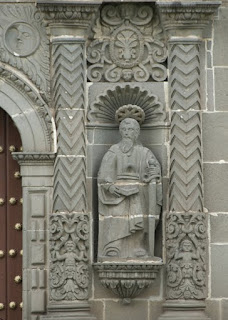 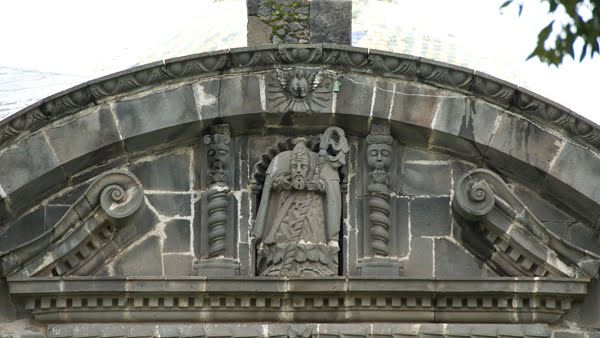 A similar figure of the patron, St. Dennis (San Dionisio) holding his severed head rests high in the gable. 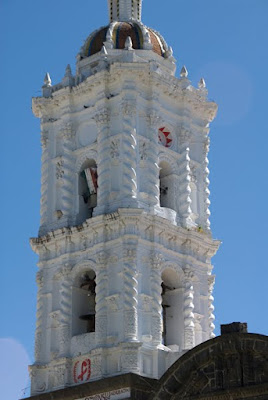 The lofty bell tower houses one of the largest bells ever cast in Tlaxcala, from neighboring Rosario Ocotoxco, a historic bellfounding village. 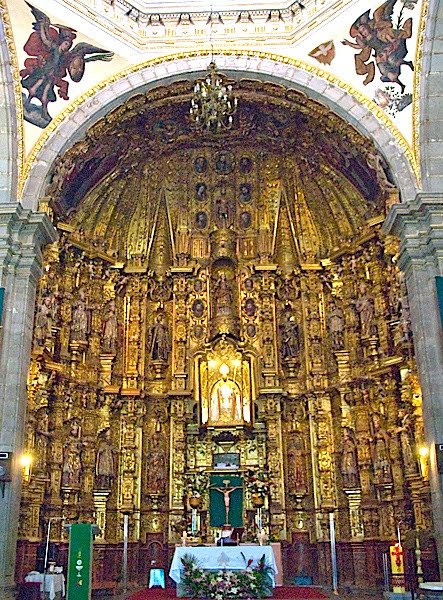 The Main Altarpiece
Restored in 2015, this imposing gilded retablo is fashioned in an  idiosyncratic late baroque style with estípite pilasters, and houses multiple images of saints and martyrs, including the patron, as well as painted portraits and life size statuary. 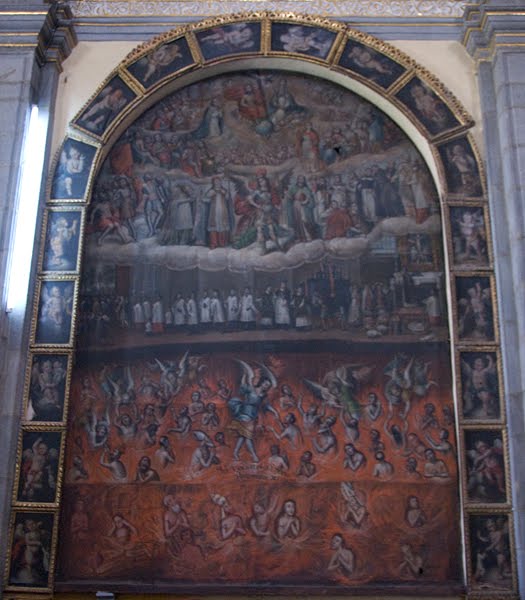 Las Animas
Also of note at Yauhquemehcan is an enormous painting in the nave of Las Animas with St Michael, dated 1775 and entirely framed by 18 painted panels of guardian angels with individual souls. 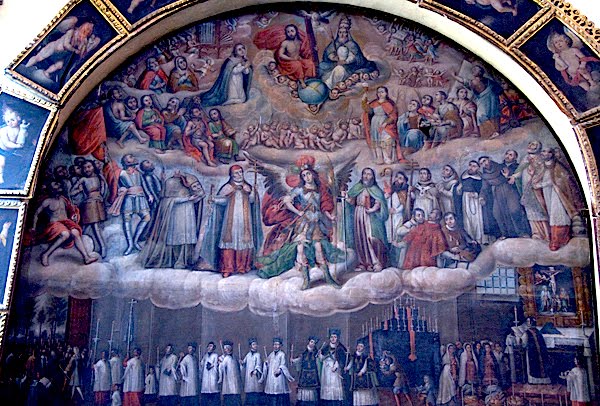 The upper tiers portray the Church Triumphant with the Holy Trinity and the archangel with the ranks of the Elect — apostles, saints and martyrs.

A Mass for the dead unfolds on the earthly middle tier while Souls struggle in the flames of Purgatory on the lower levels, some rescued by angels. 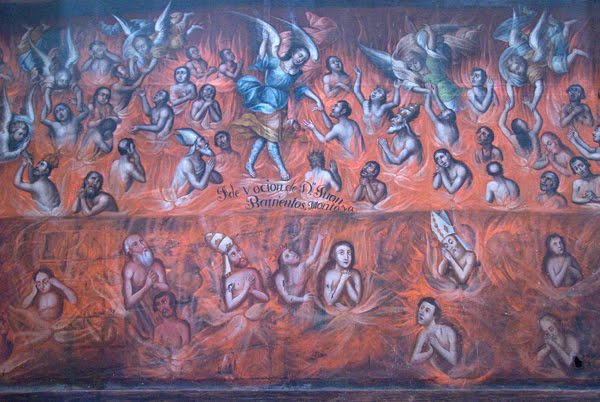 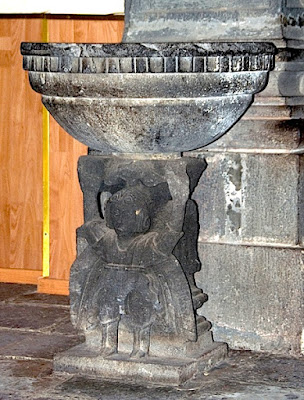 The church baptismal font is set on a base carved in the form of a archangel with arms uplifted.