For the next in our series on Tlaxcala altarpieces we visit the distinctive church of San Agustín Tlaxco. 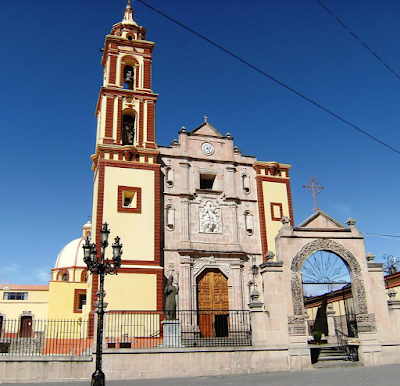 The handsome front of the parish church of San Agustín Tlaxco is attributed to Vicenzo Barrochio de la Escayola, the Italian trained architect of the cathedrals of Puebla and Morelia, whose influence is evident in its soberly Mannerist inspired facade. 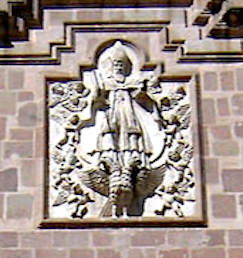 new pic
As at Morelia, a large central relief carved from cool white limestone stands out against the warm rose-colored stone of the facade. The relief depicts St. Augustine, flanked by angels, posed above the Imperial two-headed eagle of the Hapsburgs. 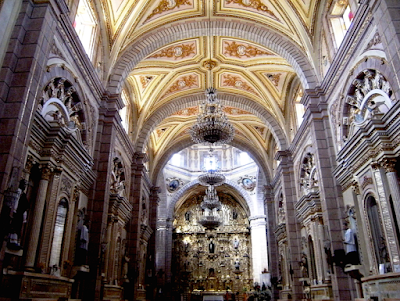 Along the nave gray stone pilasters and arches frame painted vaults and a series of austere neoclassic altars. A towering baroque pipe organ looms above the choir loft. 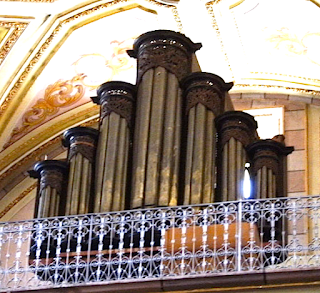 The Retablos
Besides the neoclassical altars, three gilded retablos in the Churrigueresque or barroco estípite style of the later 1700s, survive in the church: the main retablo and two more in the transepts. 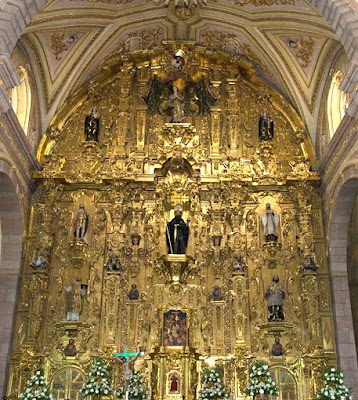 Dated 1760, the main altarpiece is the crown jewel of the ensemble, an exuberant example of this late baroque style, framed by extravagant estípite pilasters that incorporate painted busts of saints. 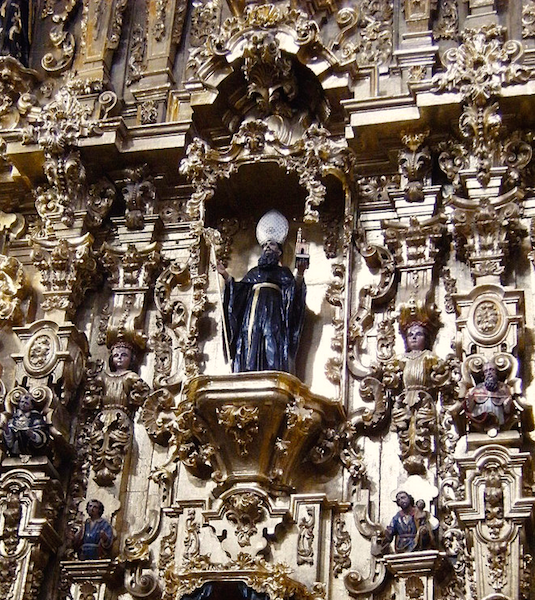 A mitered St. Augustine, the patron saint, occupies the center niche while six full size, polychrome statues of the Church Fathers and Augustinian saints are mounted between the pilasters, wreathed with swirls, scrolls and restless filigree ornament. A brilliant work of art that shines against the gray stone apse. 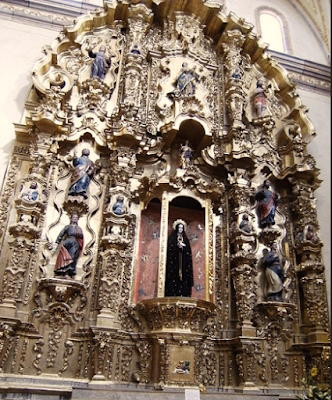 A retablo dedicated to La Dolorosa, the Virgin of Sorrows, stands in the right transept, framed in similar, even bolder, bescrolled fashion than the main altarpiece. 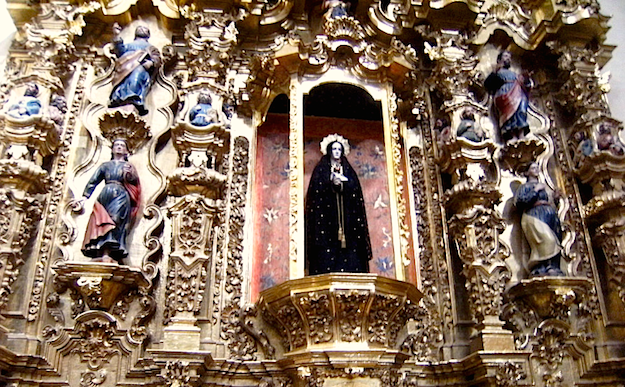 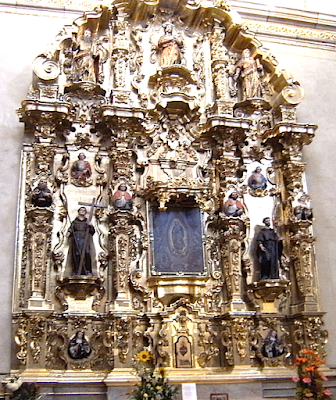 Its twin, dedicated to the Virgin of Guadalupe, occupies the left transept, the estípites once again prominently inset with polychrome busts. 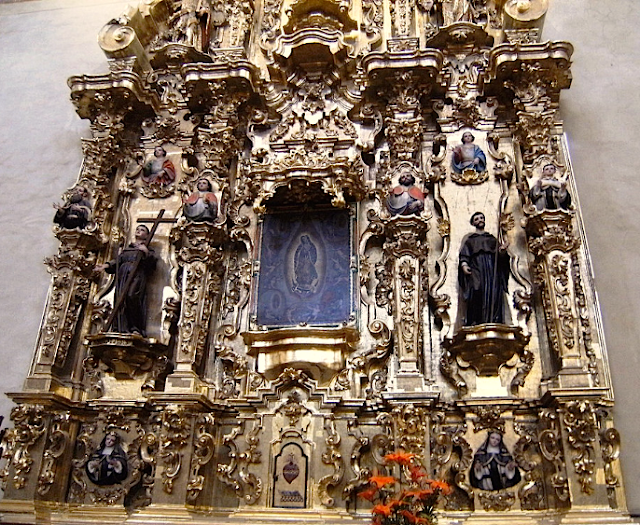