In a previous series we reviewed works by the indigenous poblano painter Miguel de Mendoza, primarily concentrated in churches of the Mixteca region of Oaxaca.
In addition to those aforementioned, we now add two more paintings by Mendoza, located in the same area church of San Miguel Tulancingo (not to be confused with the larger town of San Juan Tulancingo in the state of Hidalgo) 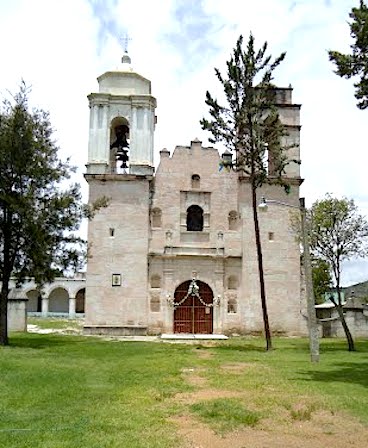 San Miguel Tulancingo presents a solid but quite elegant front of finely cut, honey colored limestone. Clearly refurbished in modern times, its format nevertheless relates to that of the nearby  Dominican priory of San Juan Coixtlahuaca, on which it was once dependent, with a classically framed doorway amid multiple shell niches. 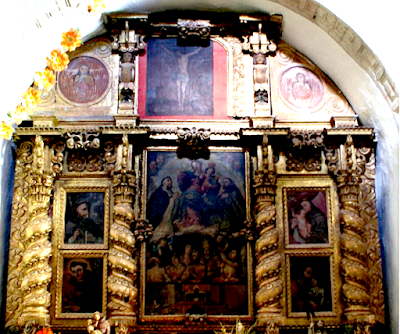 Gilded baroque altarpieces stand along the nave. The first, crafted in "solomonic" style with prominent spiral columns, is dedicated to the Virgin of the Rosary, a favored Dominican devotion. 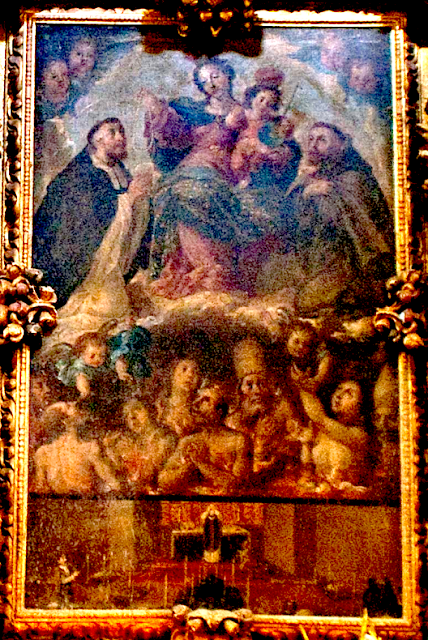 The center painting by Mendoza portrays the Virgin with Souls in Purgatory (Las Animas) The sinuous figure of Mary, swathed in red and blue robes, dangles the rosary above a praying St. Dominic on the left. St. Francis kneels at right clutching his brown cloak.  Below, suffering souls entreat the Virgin for mercy and salvation.

This altarpiece is also distinguished by its base panel which portrays a Mass for the Dead—a relatively rare depiction, but one also employed by Mendoza, in similar style, for his imposing Last Judgment retablo at nearby Suchixtlahuaca. (Another example can be seen at La Magdalena in Quecholac - Puebla) 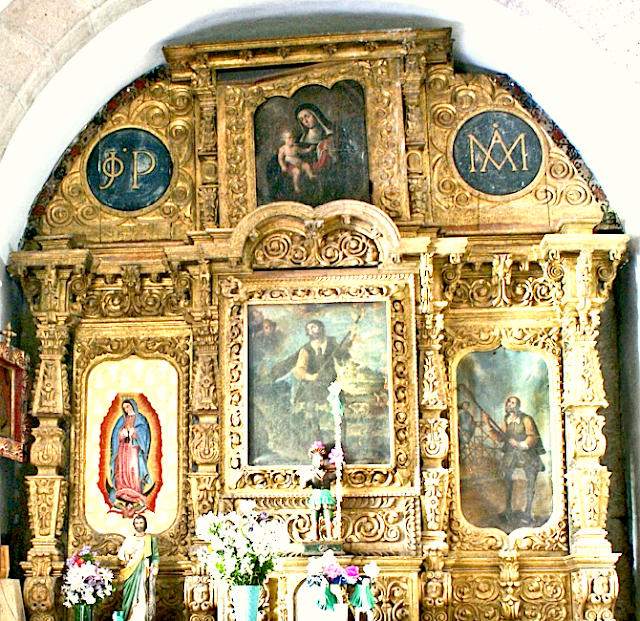 A second retablo, fashioned in the later baroque estípite style, is dedicated to San Isidro Labrador.  The workaday figure of the rustic saint dominates the center painting, his raised staff cutting across the composition from corner to corner.  An angel drives his oxen and plough in the background. 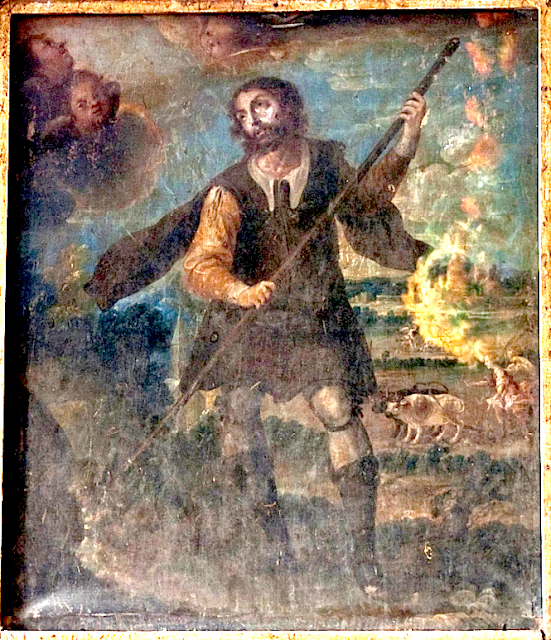 Although so far undated, and urgently in need of restoration, both paintings probably date from the early 1700s, when Mendoza was working extensively in the Mixteca region. More typical of his early style, the paintings follow the Mannerist tradition and color palette of the Andalusian baroque as exemplified by the earlier Oaxaca master Andrés de Concha, with whom Mendoza was associated.