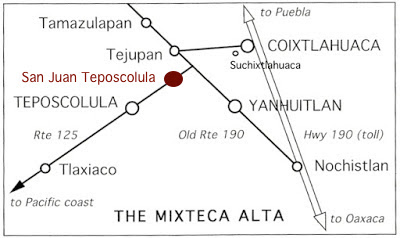 While the great priory of San Pedro & San Pablo was at the center of both the religious and political life of colonial Teposcolula, the settlement of San Juan was its commercial arm. Located close to ancient Mesoamerican trade routes and colonial camino real that ran through the province (now Rte 190), the original visita of San Juan Teposcolula soon became a substantial mission in its own right.

Still surrounded by open land set apart from the modern settlement, the old mission of San Juan evokes an isolated colonial ambience. The stump of an atrial cross protrudes from its grassy, sunken atrium, which is bounded by remnant corner posas. 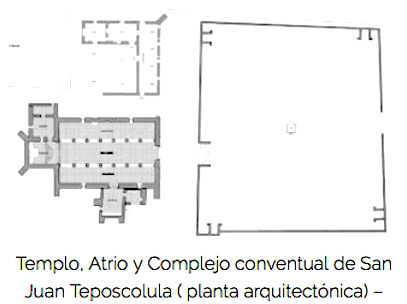 A flight of stone steps leads up to the imposing stone church and its adjacent ruined convento, both erected atop what was, no doubt, a prehispanic platform.
The windowless triple nave was probably added in the early 1600s—a date of 1620 is inscribed on the northeast corner—and is divided by massive arcades set on cylindrical rubblestone pillars and roofed by a beamed ceiling. 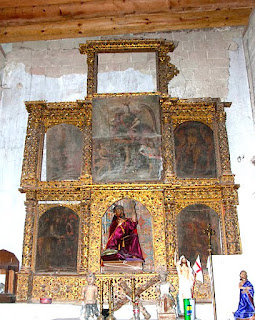 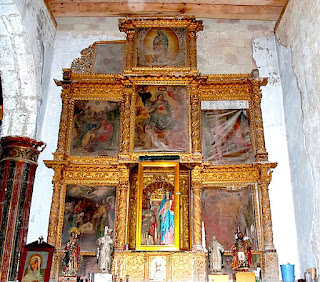 retablos of the Via Crucis (l)  and El Rosario (r)   ©Niccolo Brooker
Gilded altarpieces in classic Oaxacan style, created in the 1670s by the regional sculptors Nicolás Gonzales and Alonso de Torres and in need of further restoration, face down the side aisles. 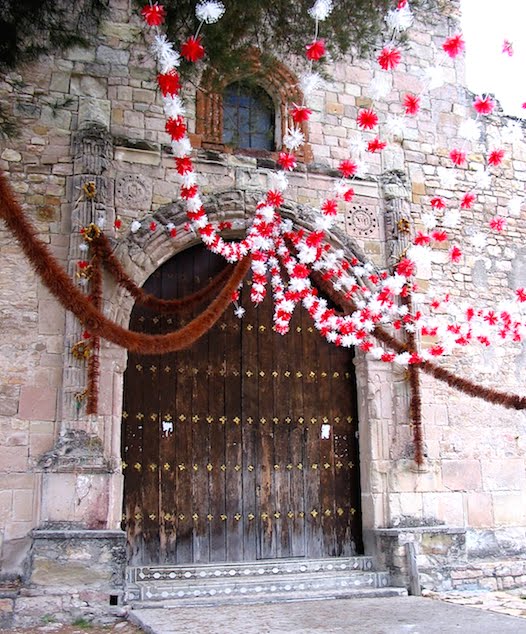 The main portal occupies the center of a broad church front of regular but unadorned stonework. Fluted half-columns and a worn, molded arch border the doorway, which is flanked by roundels carved with religious monograms. 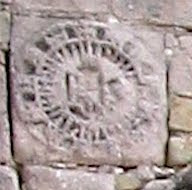 Because of advancing deterioration of the church and especially the convento, in 2010 a project of restoration was initiated under the auspices of the Harp Helu Foundation among others.

Although still roofless, much of the convento structure has been restored, including several carved doorways and window openings, some bearing traces of mural painting.
text and pre restoration photography © 2019 Richard D. Perry
additional photography by Niccolo Brooker