Missions of Michoacan: the Pareo crosses

San Pedro and its sister village of San Bartolo Pareo are located on the southwestern shore of Lake Patzcuaro. 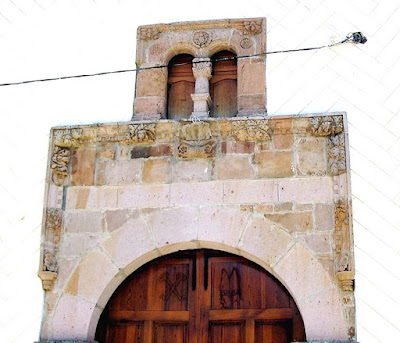 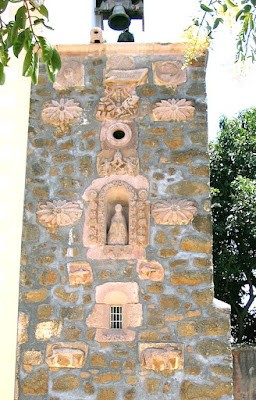 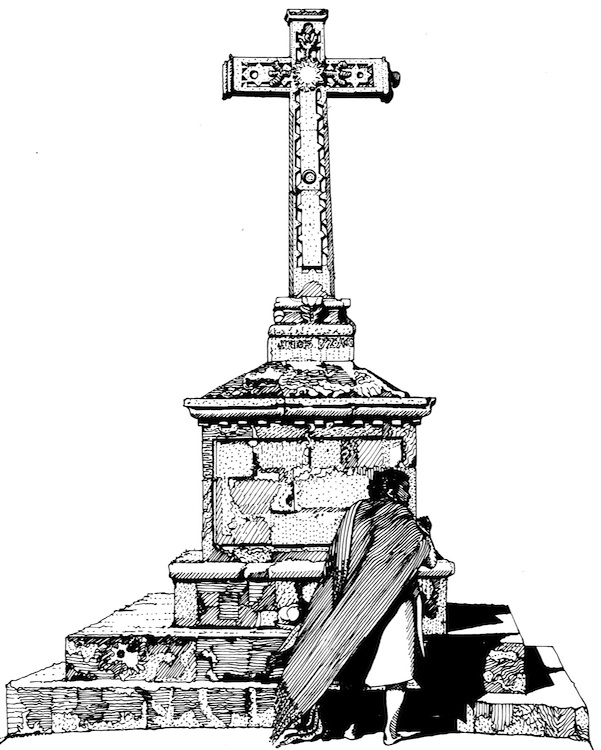 The Atrium Cross
Elevated on a tall pedestal atop a tiered, pyramidal base, this puzzling, idiosyncratic cross is carved with spiky geometrical motifs with little overt religious content. An eroded starburst—possibly a stylized Crown—occupies the crossing, with radiating spikes and what appear to be inverted, rope like arrows. 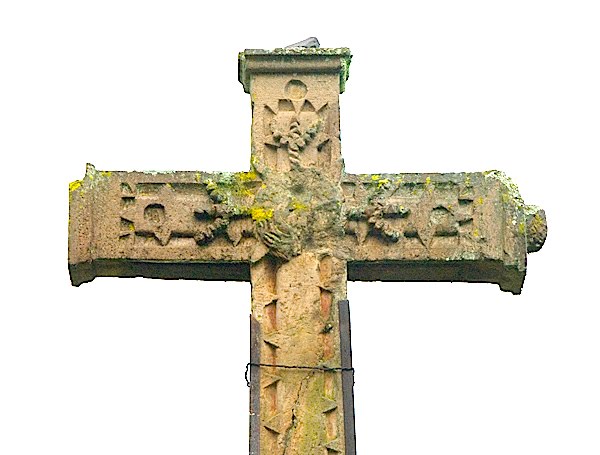 Small circular indentations in the motifs along the arms, neck and in the middle of the shaft suggest the former placement of stone or obsidian disks— plentiful in this volcanic region. 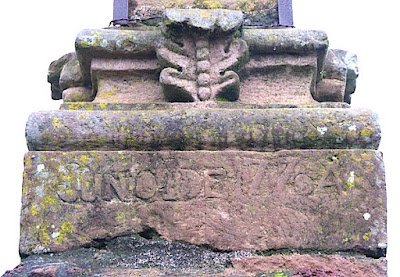 A long inscription carved around the pedestal with several names is dated June 1770. The reverse of the cross is relatively plain.

Located in a vest pocket garden beside the old hospital chapel, this battered cross is composed of several sections.

Dated 1619 on the pedestal, it bears no carved reliefs save for the remnants of the full figure of Christ Crucified—an unusual configuration comparable to that of Santiago Charapan, as well as the mutilated cross at nearby Zurumucapeo, although nowhere near its level of craftsmanship.
text, graphics and color images ©1997 & 2019 by Richard D. Perry

Visit some of our earlier posts on the crosses of Michoacán: Charapan; Huiramangaro;