In another of our occasional series on musical angels in Mexican art, we look at the musician archangels of San Agustín, Querétaro. 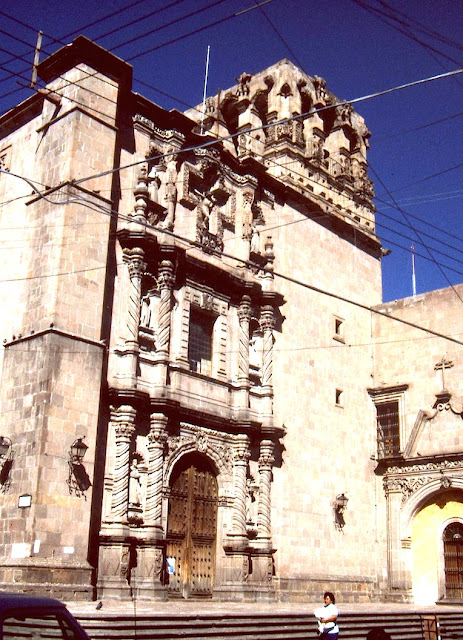 Impressive in its sweeping scale, innovative in design and unique—even idiosyncratic—in its assemblage of architectural sculpture, the magnificent priory of San Agustín is one of the high points of late colonial architecture in the city of Querétaro—a city noted for its baroque buildings. 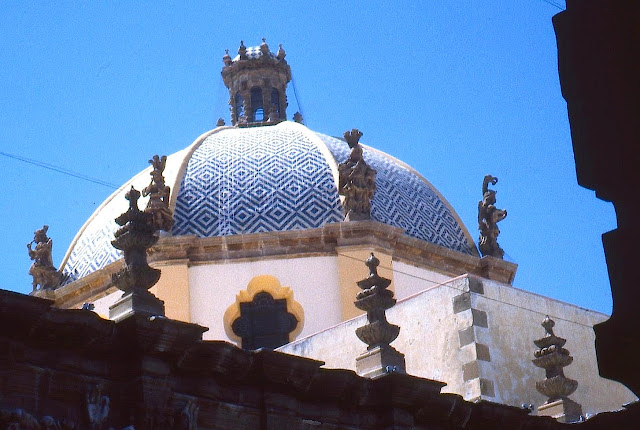 In this post we focus on the suite of eight statues surrounding the octagonal tiled dome. With the help of a new series of images by our friend Niccolò Brooker, we are able to show in detail this spectacular group of musical archangels with plumed head dresses playing colonial era wind and string instruments. 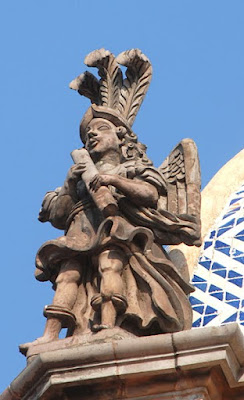 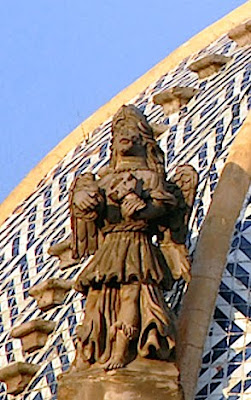 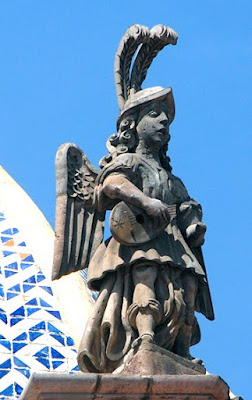 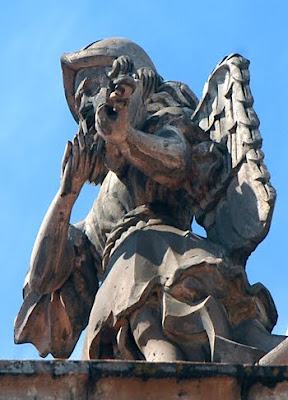 Traditionally, depictions of angelic musicians are found primarily in and around the dome of the church, accompanying the heavenward passage of music and prayers.
Since these were among the finishing touches to the dome, they probably date from the 1740s.  Although the sculptor of these lively statues is not securely documented, it seems likely that they are the work of Juan Manuel de Villagómez, the innovative architect/designer credited with supervising the complex sculptural program in the former cloister at San Agustín. 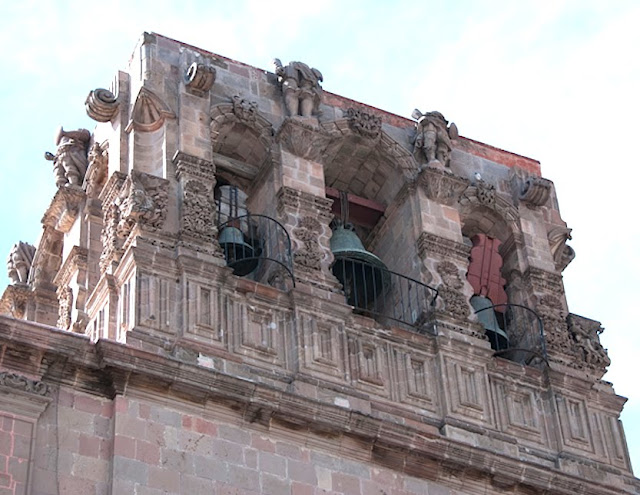 Note: Headless bodies of similarly costumed and posed archangels also surround the unfinished tower. Although they may also have been intended to complement the statues around the dome, they do not appear to be holding instruments.
text, color photos and graphic © 2019 Richard D. Perry
* color images © 2017 courtesy of Niccolò Brooker
Posted by Richard Perry at 12:14 PM