In an earlier post we described the main altarpiece at Pazulco in northern Morelos. We follow that with a post on another area retablo of note, at Tlacotepec. 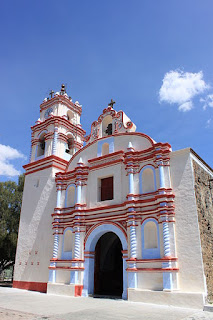 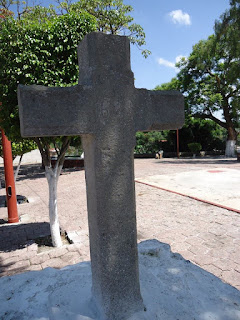 The church of Asunción Tlacotepec was a colonial visita of nearby Zacualpan.  Although there may have been an earlier mission on the site, the current building probably dates from the mid 17th century to judge by the date of 1639 on the atrium cross .

The present painted retablo style facade appears to be of fairly recent vintage, fortunately incurring little damage from the 2017 earthquake that devastated the Morelos region. 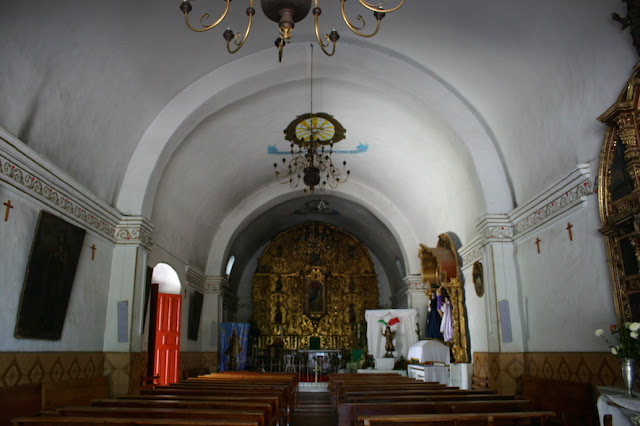 Likewise, the clean lines of the nave of the church.  However, a number of later colonial altarpieces still line the interior, most notably the main retablo.  The altarpiece is attributed to the indigenous sculptor Higinio José López, the self styled “Master of Zacualpan” whose work has been identified in several other area Morelos churches.* 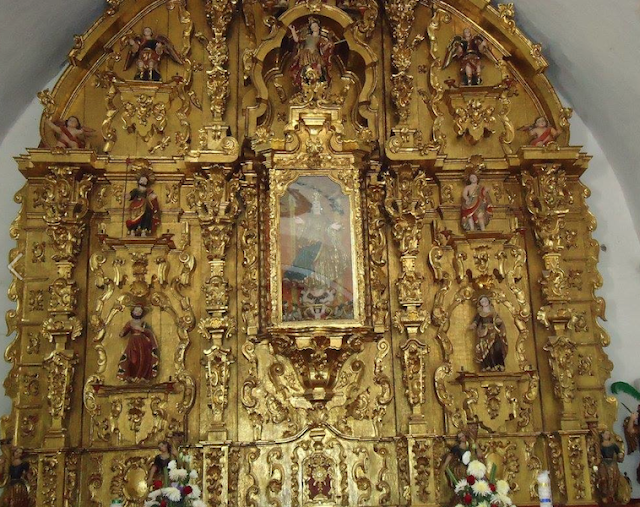 Fashioned in the late anástilo phase of the baroque estípite style, the heavily gilded retablo is dedicated to the Virgin of the Assumption whose image occupies the glassed in center niche. Other statuary includes archangels and Saints Anne and Joachim, the parents of the Virgin Mary - all considered as the work of  the López studio and likely created in the early 1800s. 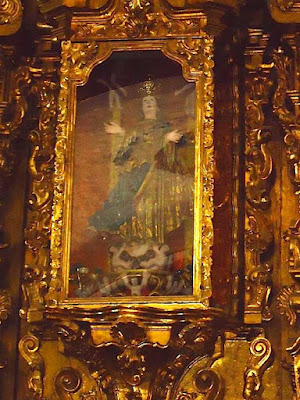 Two side altars in similar style stand along the nave, possibly also the work of López.