Complementing our series on Mexican stone crosses, we also take note of a related category, that of colonial crucifixes or sculpted stone figures of the crucified Christ.

While a broad range of crucifixes, predominantly of wood but also of stone, adorn church altars, facades and cemeteries all across Mexico, here we look at a selected examples found on colonial church fronts, focusing on their varied styles, from the frankly folkloric to sculptural master works that can stand beside the most accomplished contemporary European examples.
Regardless of their relative sophistication or skill of execution, all these crucifixes share an innate expressive strength informed by a powerful emotional impact that springs from the deep well of faith shared by the stone carvers and their audience.
For our inaugural post we feature the early crucifix at Yecapixtla: 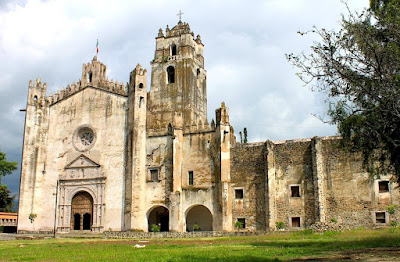 Yecapixtla
Perhaps the most important of great Augustinian monasteries in northern Morelos, Yecapixtla is noted for its fine stone carving, especially in the facade, with its superb Plateresque porch and rose window. 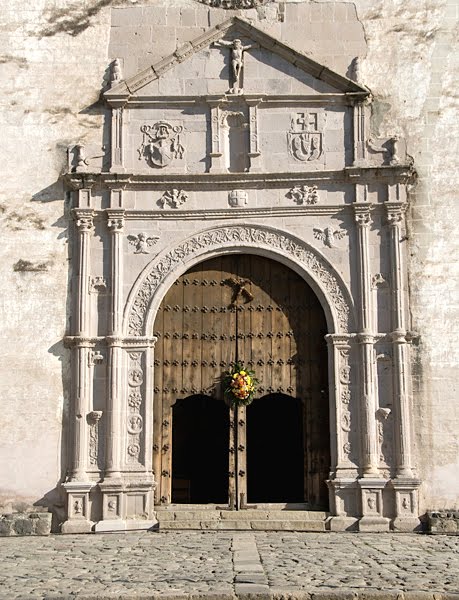 Here we draw attention to the Calvary crucifix mounted in the gable above the west porch, which because of its relatively small scale and lofty location is less than conspicuous. 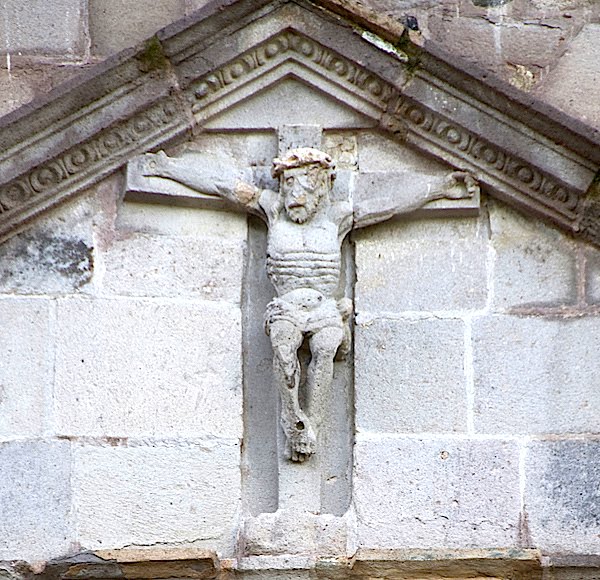 Sculpted with consummate skill, it features the foreshortened but full body of the crucified Christ, rendered in an almost expressionistic manner with special focus on the sinewy details of the tortured body.
Probably dating from the 17th century and almost certainly sculpted by an anonymous native artisan rather than a Spanish master, this is one of the finest pieces of stone figure sculpture in Morelos.
text © 2018 Richard D. Perry. images courtesy of Niccolò Brooker