For the final addition to our recent series on the chapels of Jalisco we go to the lake country south of Guadalajara.
San Francisco Zacoalco has a long history of destruction and rebirth. The primitive lakeside mission (Lake Zacoalco) was destroyed by an earthquake soon after its completion in the 1550s. Although its successor was built on sturdier stone foundations, the adobe superstructure failed to withstand earthquakes and was replaced by a masonry structure in the 1650s, under the supervision of Fray Antonio Tello—the Franciscan chronicler of the "spiritual conquest" of New Galicia.
This ill-fated third building also succumbed to the elements, replaced by the present post-colonial parish church. What has survived at Zacoalco, however, is the hospital chapel of La Concepción (aka Capilla de San Vicente) recently restored by INAH with partial funding from a private donor. 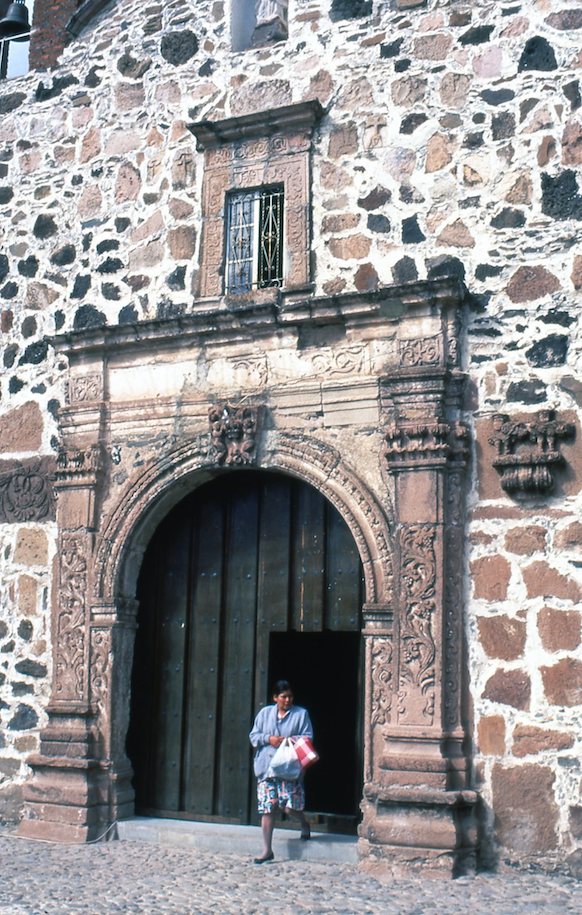 Against the rustic front of rough tezontle blocks, the sculpted entry stands out for its rich variety of folk carvings.
As with many area churches, numerous reliefs of angels and other figures, crosses and foliage are embedded in the exterior walls, here most notably a pair of guitar and violin playing minstrels to the right of the doorway. 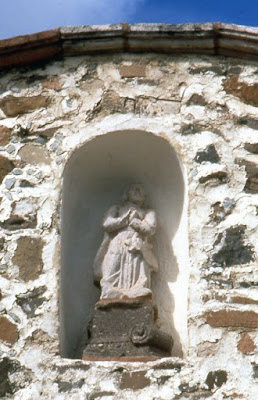 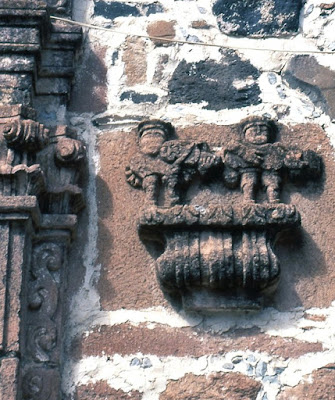 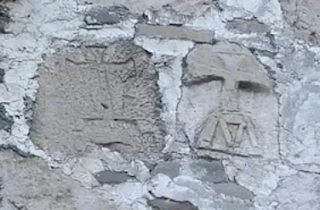 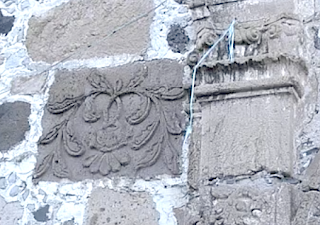 Lively grotesque panels and foliated carving decorate the pilasters and door jambs as well as the choir window. As at Mezquitan, angels hold up the Virgin’s crown in a relief above the entry. A statue of La Purísima, the patroness of the chapel, rests in the gable niche. 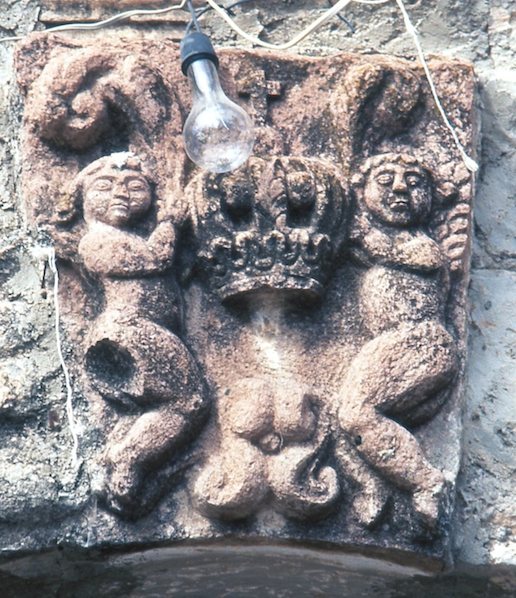 The intimate interior also has great charm, its vaults and doorways adorned with reliefs and figure sculptures.

The other colonial artifact of note at Zacoalco is the finely wrought paneled stone cross, now set on a buttress beside the main church of San Francisco.  Like others in the region, it features the characteristic cross-within-a-cross design with a wreath at the axis and cannonball finials terminating either arm.
text © 1997 & 2019 Richard D. Perry
images by the author except where noted