Next in our series on sculpted stone crucifixes, we turn to the great Augustinian priory of San Agustín in the city center of Salamanca, Guanajuato, a major attraction for its extensive convento and superb late baroque altarpieces. 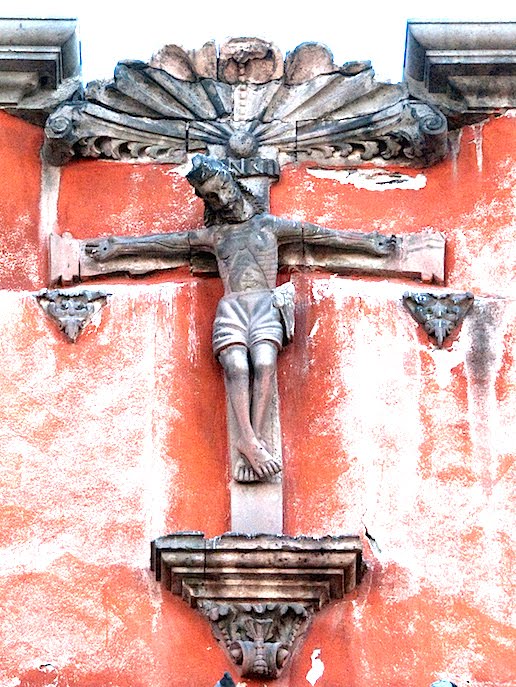 But the church is also of special interest for the sculpted stone crucifix mounted in the upper facade, a distinguished member of a group of such crucifixes in this region of Guanajuato including those at nearby San José Irapuato, the parish churches of Silao, Dolores Hidalgo and the priory of San Agustín in Querétaro.
The Salamanca cross, complete with fleur-de-lis finials and an INRI plaque, displays the full body of the crucified Christ, distinguished by its large, bowed head, and long limbs stretched tautly upon the cross. The remains of a knotted garment on the right side of the figure indicate the former presence of a flared bow, one of which still survives at Irapuato.