The bustling industrial city of Irapuato, in Guanajuato, boasts numerous colonial churches in varying styles, many of them distinguished by their single, monumental towers.
One of the most striking is that of San José—El Templo del Patriarca Señor San José de Los Indios Otomíes, to give it its full name. Although now located in the rambling main square, as the name implies this was originally an indigenous Otomí quarter.
While a barrio chapel or ermita was founded here as early as the 16th century, the present building dates from the later 1700s. Aside from its grand tower, the principal feature of San José is its colorful folk baroque facade, animated by its skillfully modeled stone carving, believed to be the work of indigenous masons. In fact the 18th century rebuilding is thought to have been funded by a native cofradía from the barrio.
The architectural ornament includes figure sculpture, elaborately curtained niches and passages of ornamental rococo relief, embraced by complex estípite columns on each level. 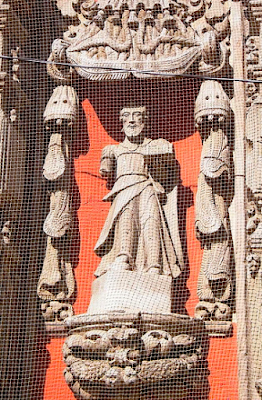 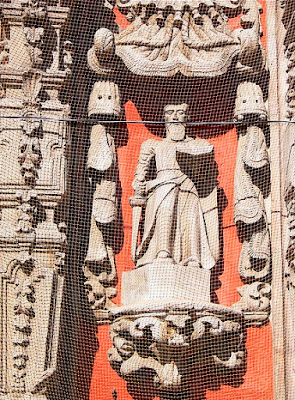 On the lower level, to either side of the venerable wooden doorway, stand the static figures of Saints Peter and Paul, ensconced in sumptuous canopied niches flanked by cascading curtain folds. 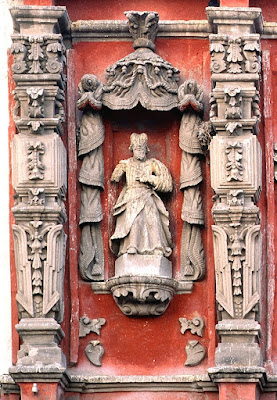 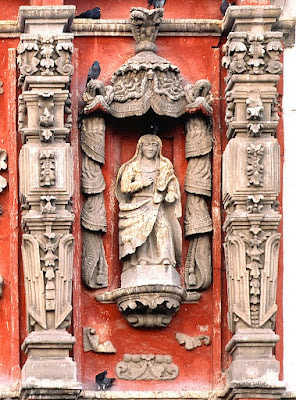 Statues of the Virgin Mary and St. Joseph appear, similarly framed, on the next level to either side of the choir window. 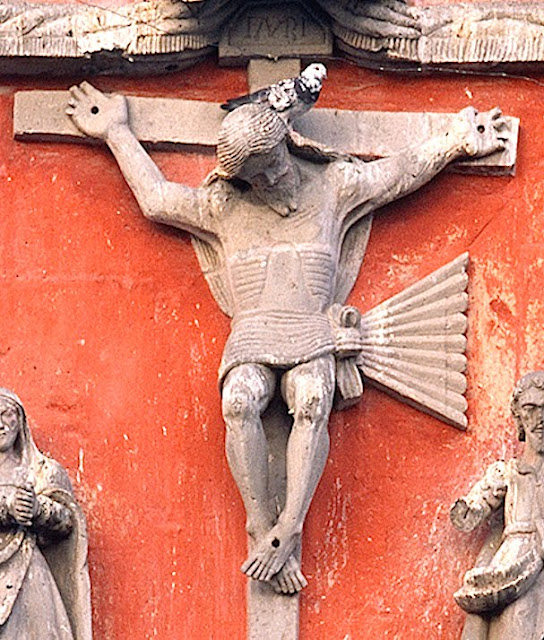 But the thematic focus of the facade is the large sculpted full body crucifix in the upper tier, again framed by an extended canopy and flanked by statues of St. John and the Virgin Mary set on rounded, projecting corbels.
Although the figure of Christ is more compact and somewhat more stylized than that of San Agustín de Salamanca, it exhibits less of the bodily tension and facial finesse of the former. It does however retain the flared bow of the draped loincloth missing from San Agustín, although this might be a modern replacement.
Archangels gesture atop outlying pedestals carved with classical herms.  Gargoyles project on either side of the facade–a feature of many city chapels. 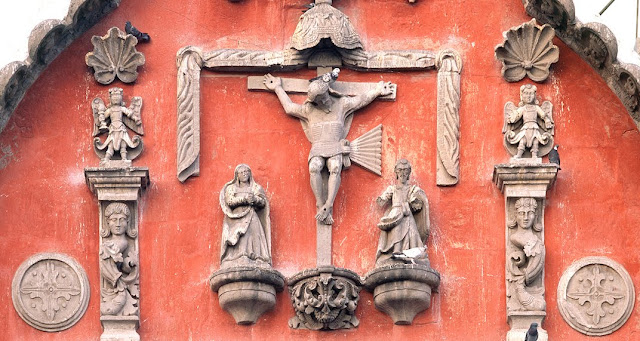 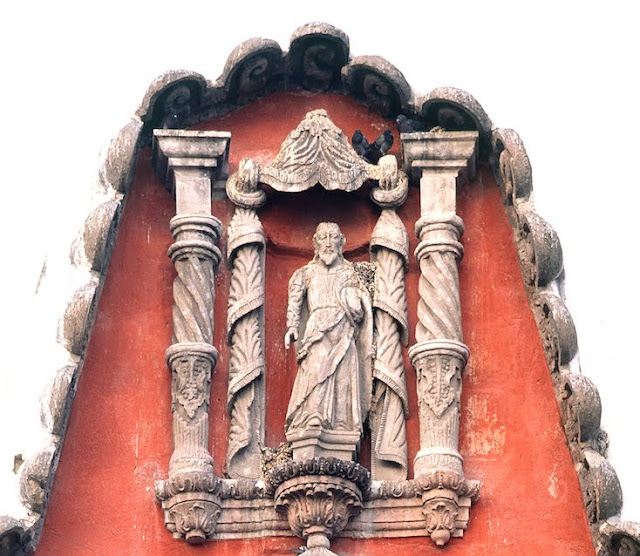 At the apex of the scalloped, bell shaped gable, framed by complex, freestanding colonettes, another curtained niche shelters the figure of St. Joseph, the patron of the church.