For the last in our current posts on the state of Mexico we look at the mission of San Luis Obispo Huexotla.
Ancient Huexotla (Place of the Willows) was the major center of the Otomi speaking Acolhua people, allies of the Aztecs. 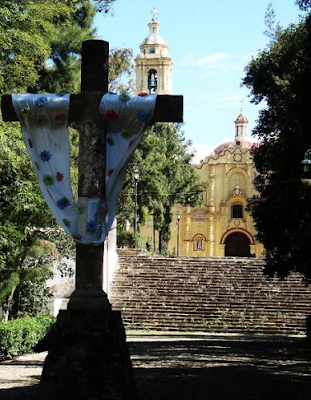 After the Spanish conquest, the Franciscans founded a mission here on a sloping, commanding site atop prehispanic temple platforms linked by an ancient stairway, which form the grand bi-level double atrium in front of the monastery.

The earliest colonial structure here most likely is the diminutive cloister, at the center of the convento on the south side of the church, dating from the mid-1500s.  Sturdy ringed columns distinguish the arcades on the lower level, while wooden counterparts support the later upper walks. 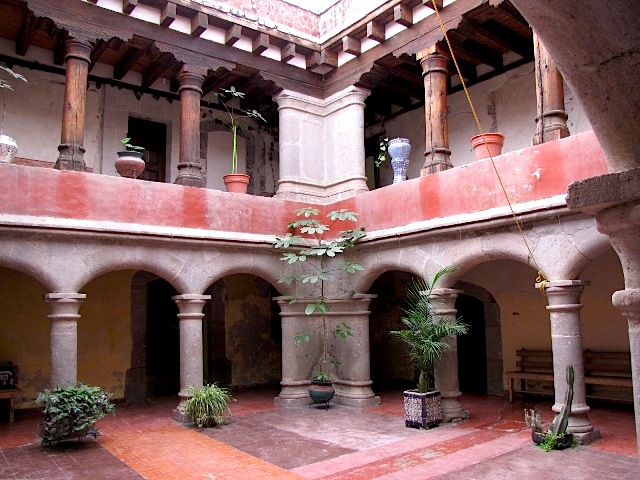 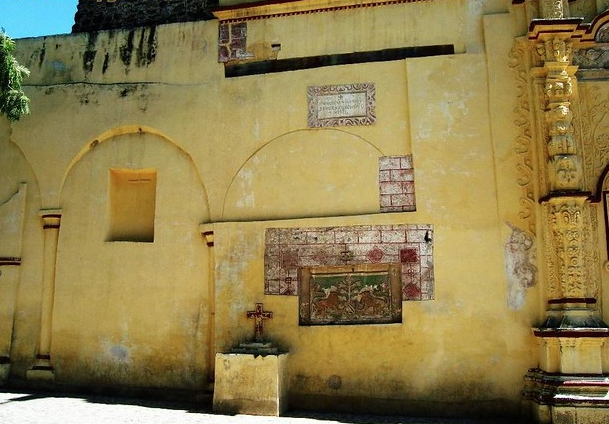 Blocked arcades on the north side of the church and below the present tower, probably indicate an earlier porteria and open chapel, which is marked by a toponymic relief of lions flanking a stylized willow tree. 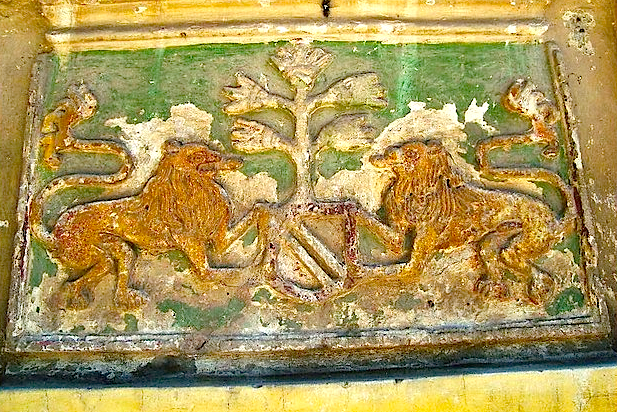 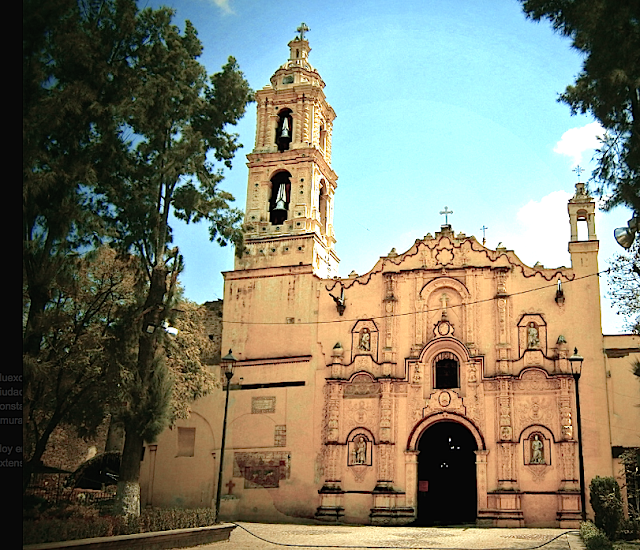 The present church, dedicated to St Louis bishop of Toulouse, was largely rebuilt in the 1700s, including the tower and ornate stucco facade which appears to date from late in that century, featuring, as it does, complex estípite pilasters. 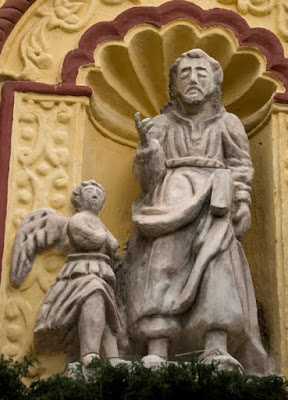 Facade statuary includes rustic figures of the Evangelists, notably that of St. Matthew. 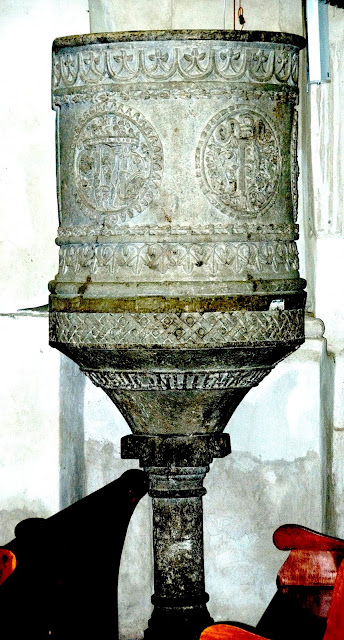 One remarkable colonial artifact inside the church is a handsome stone pulpit, intensely carved with Christic monograms, dated 1745 and ringed by an inscription on the lower level. No Franciscan insignia however appear, as might be expected. 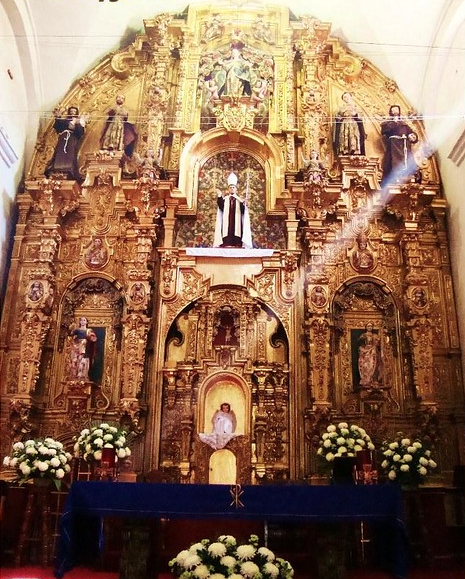 Aside from the pulpit, the other work of note in the church is its gilded main altarpiece, also fashioned in a late baroque style similar to the facade. Sumptuous estípite columns flanked the sculpture niches which house saints including the patron San Luis Obispo and other Franciscans.
text © 2020 Richard D. Perry, graphic after John McAndrew.
color images by Niccolo Brooker and online sources - ELTB
Posted by Richard Perry at 10:06 AM