Following up our previous post on the cathedral of Lagos de Moreno, we look briefly at another late colonial monument in that city. 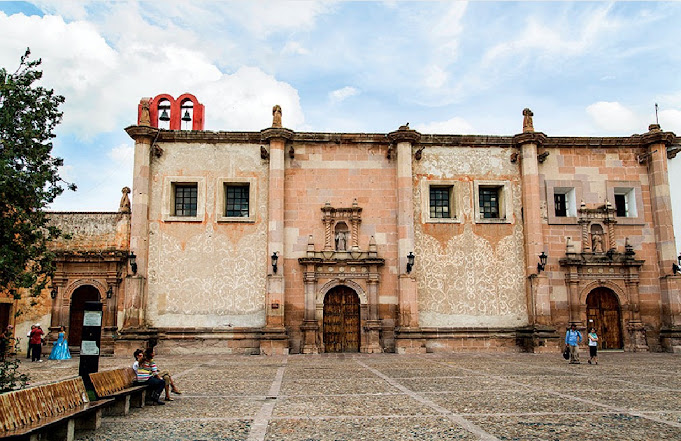 Abutting the old city wall beside the river are the remnants of the rambling former Franciscan convent of Las Capuchinas, the only other colonial church in Lagos de Moreno, which now serves as an arts and cultural center. 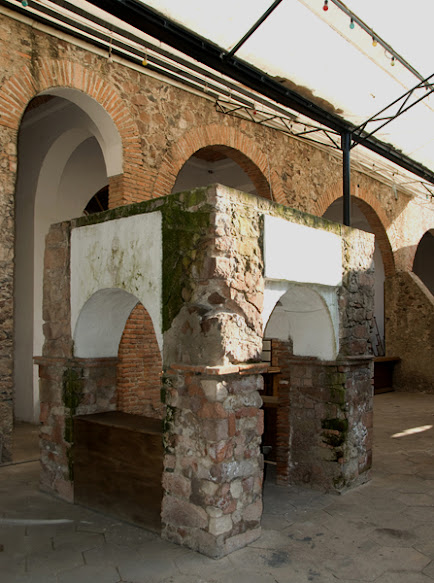 courtesy of Niccolo Brooker
A few old stone doorways have been incorporated into the new brick walls of the present complex, and the nuns’ washhouse still stands in the rear patio. 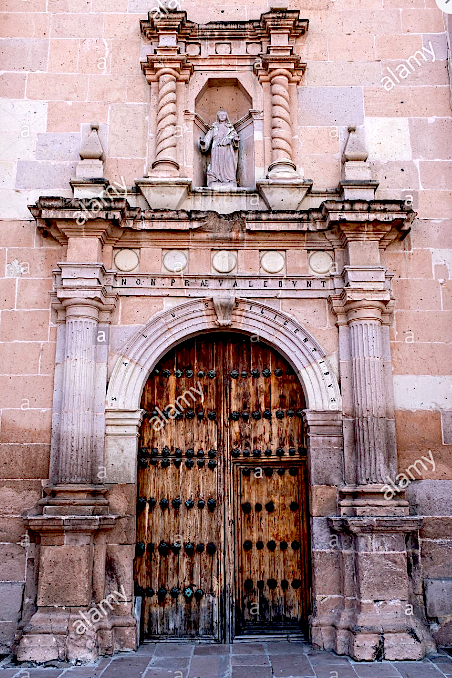 But the best preserved part of the convent is its former nave front, dating from the mid-1700s, divided by hexagonal buttresses, which flank the traditional double portal of a nun’s church—in this case a pair of austere mannerist doorways. The front is capped by an apron cornice topped by simple belfries and a few headless statues. 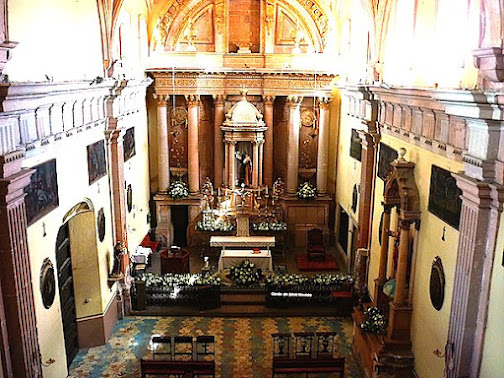