For another in our occasional series on notable early colonial doorways, we go to San Francisco Soyaniquilpan in Mexico State. 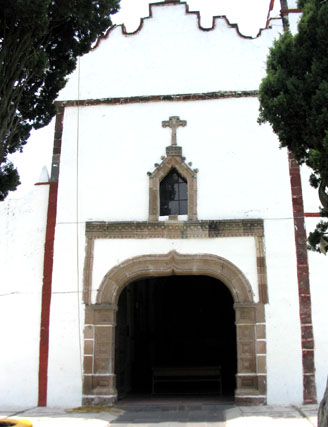 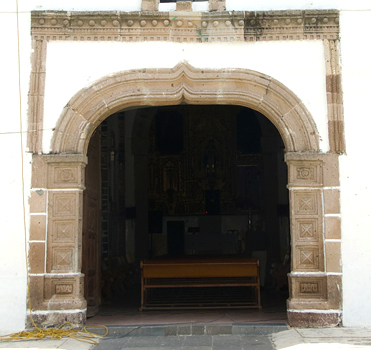 The conventual church retains its charming 16th century front entry fashioned in Plateresque style, with a flattened ogee arch resting on Renaissance style coffered jambs; the entire porch is surmounted in turn by a broad alfiz that is capped by a classical entablature with a horizontal Isabelline pearl molding and knotted Franciscan cords carved in the vertical supports. 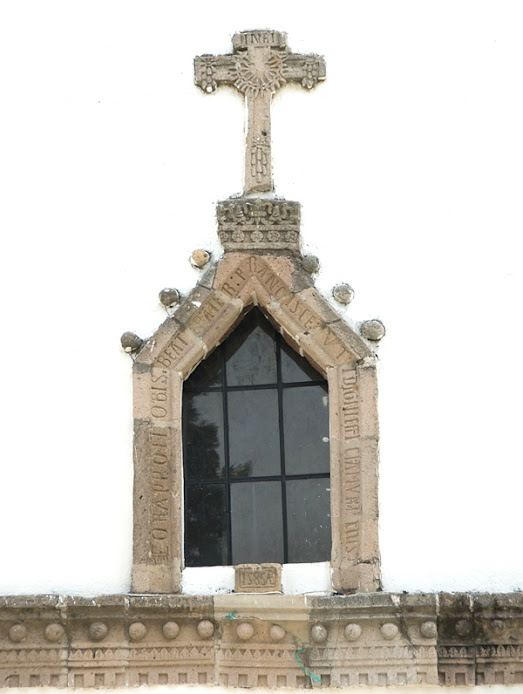 Curly Gothic crockets climb the steep sides of the pointed choir window, which encloses a Latin inscription in antique lettering invoking the prayers of a namesake of the patron St Francis, dated 1585
As at San Jerónimo Aculco, there is a wall cross here, no doubt also dating from the 1500s. Delicately carved, with an expansive, spiny Crown and three drippy Wounds, the cross is mounted over the choir window atop a pedestal with floral relief ornament including octofoil rosettes. 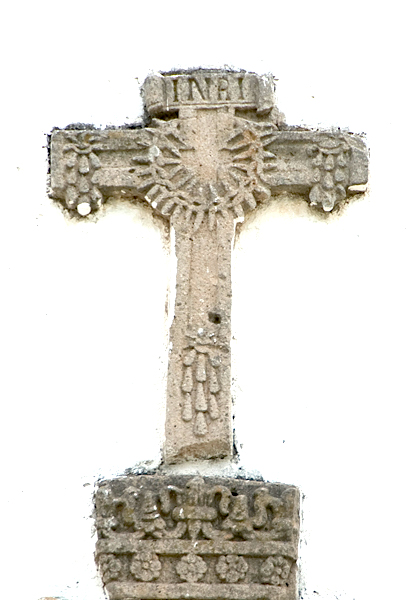 This is not an atrium cross, but is nevertheless an early sculpted wall cross. The cross is, I believe, in its original place. My reasons are first, its relatively small scale, second, its almost two dimensional quality and finally, the large size and limited number of the Passion reliefs in relation to the rest of the cross, especially the broad crown of thorns motif at the crossing. 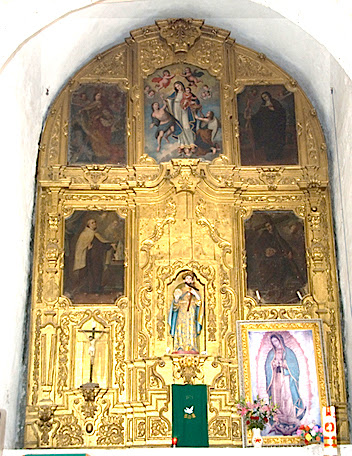 The church interior is brightened by a handsome, gilded altarpiece in late baroque/rococo style, with an attractive painting of the Virgin of Light, a portrayal notable for the omission of the traditional Jaws of Hell from which the Virgin is saving the youth on her right. 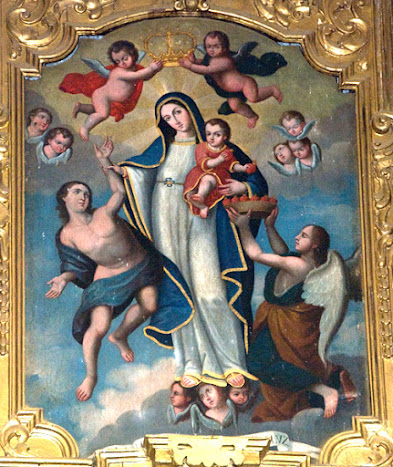